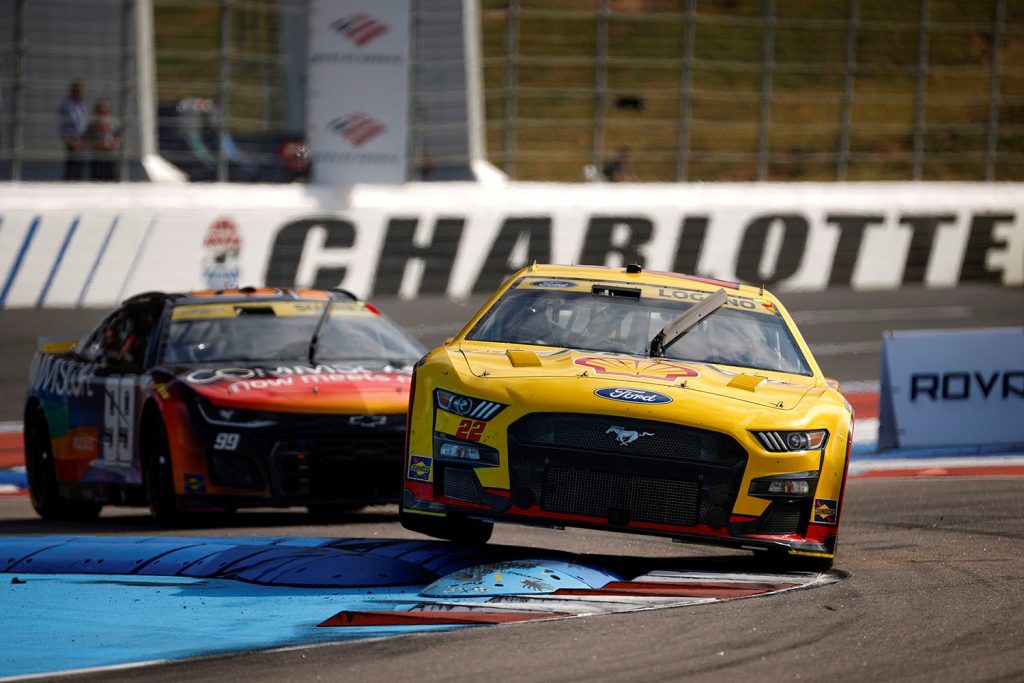 The Playoffs field narrowed to just eight drivers after the Charlotte Roval race on October 9th, and the No. 14 Mustang of Chase Briscoe received help from his Nascar Ford teammate, the No. 41 of Cole Custer, in order to secure a berth in the Round of 8.

Briscoe’s No. 14 Mustang spun out on Lap 107, damaging his Playoffs hopes. Briscoe was forced to start outside the top 20 after a caution due to Austin Cindric’s No. 2 Ford spinning out. On the last lap, Briscoe threw the No. 14 Mustang past several cars in a turn to gain valuable points, but he had some help as the No. 41 Mustang of Custer kicked his brakes and held up several competitors so Briscoe could execute the pass. This action is currently under review by Nascar and may result in penalties.

Possible penalty coming for Cole Custer after it appeared he helped Chase Briscoe.

Meanwhile, due to his spin and poor finishing position, Cindric’s No. 2 Ford team was eliminated from the Playoffs. His situation was not helped by race winner Christopher Bell, driver of the No. 20 Toyota TRD Camry. Bell’s No. 20 Camry was below the cut line, but his victory secured his position in the Round of 8 and put other drivers in danger of being eliminated. The other three drivers who are out are all Chevys, including the No. 5 Chevy Camaro ZL1 of 2021 Cup Series champion Kyle Larson, the No. 99 Camaro of Daniel Suarez, and the No. 48 Camaro of Alex Bowman.

Meanwhile, Joey Logano led much of the race, but his No. 22 Mustang became buried in the pack after a pit stop and he could not return to the front. Kevin Harvick’s No. 4 Mustang, however, came home in second place after a valiant effort for the win. 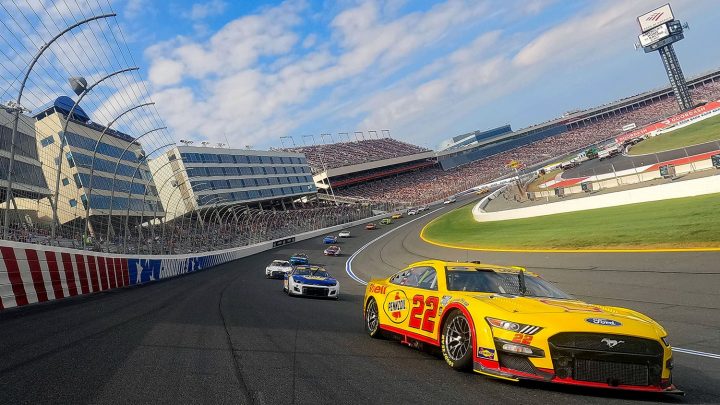 The eight drivers now eligible for the 2022 Playoffs are: