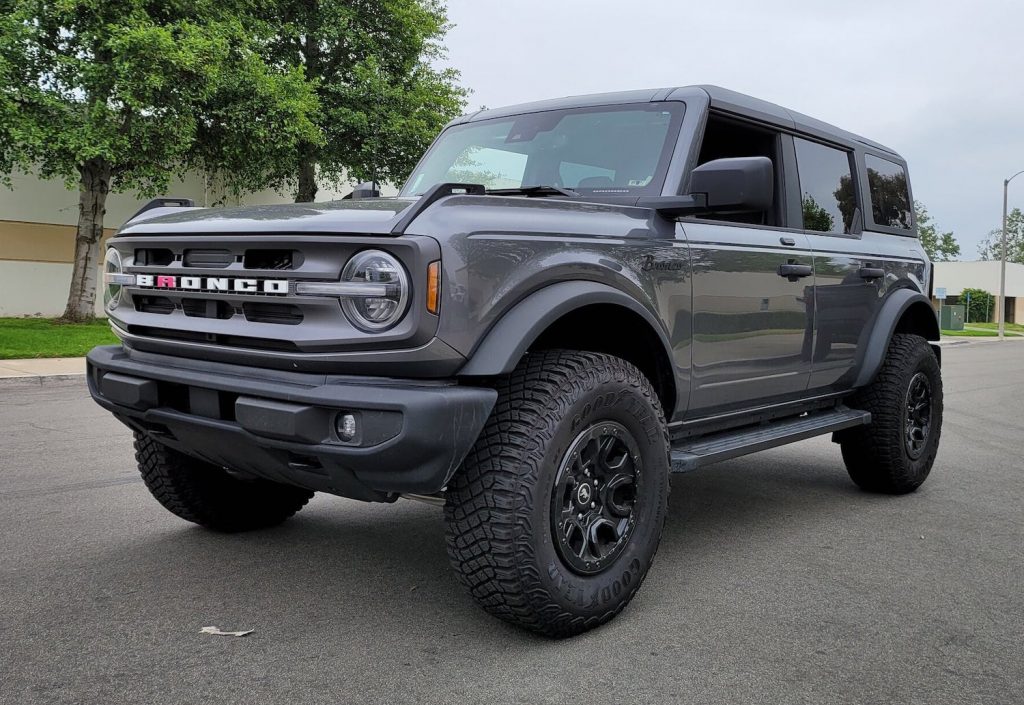 Ford Motor Company has filed a patent for redundant controls for the Ford Bronco, Ford Authority has learned. 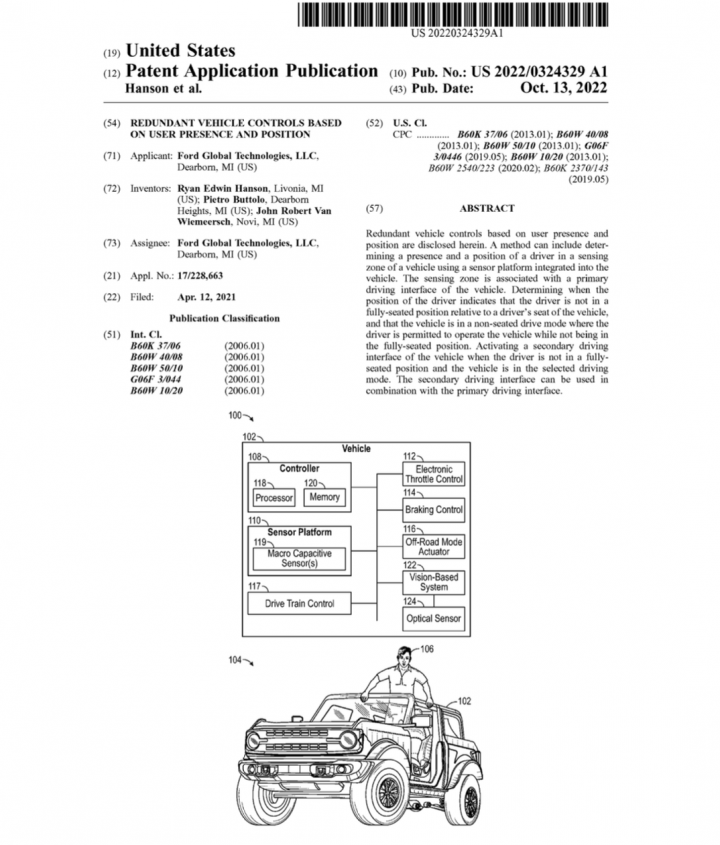 FoMoCo has filed several patents pertaining to the Bronco in recent months, including one for an integrated sand ladder, a roof chair system, an advanced handle assembly, and retractable exhaust tips, to name just a few. Now, this new Ford patent outlines an idea for redundant vehicle controls, which could determined the presence and position of the driver within the vehicle and even allow them to continue to operate it if they aren’t seated in the driver’s seat. 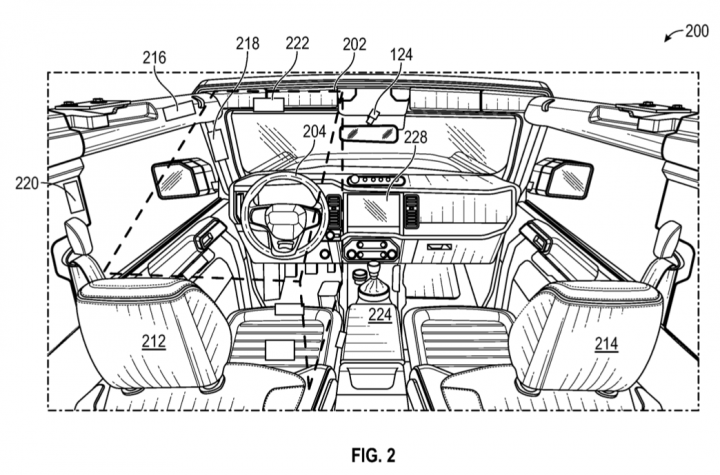 This system would utilize various sensors to make that determination, which it could use to tell whether or not the driver is in a fully-seated position. However, the driver would also be able to put the vehicle in a “non-seated” mode of sorts that would allow them to continue to operate it regardless. While it may sound incredibly unsafe, there is a very good reason why someone might want this type of feature in their vehicle.

Off-roading sometimes requires the driver to position themselves in a way that they aren’t fully seated – such as kneeling, standing, or leaning – which gives them a better view of what’s going on around the vehicle. This is true of things like rocks, trees, or various other types of obstacles, and we must oftentimes move around to ensure that we have sufficient clearance to get by or over those things without damaging the vehicle. 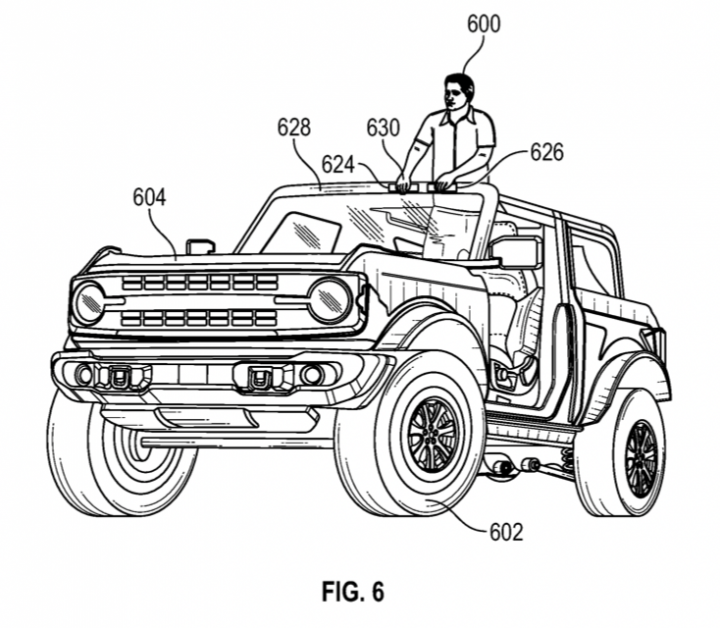 However, in some cases, the driver may not be able to reach the gas, brake, shifter, or steering wheel when in these positions, which makes it difficult to maneuver around them while in those positions. And that’s precisely where this patent comes into play, offering up a high-tech solution for this ages-old problem.