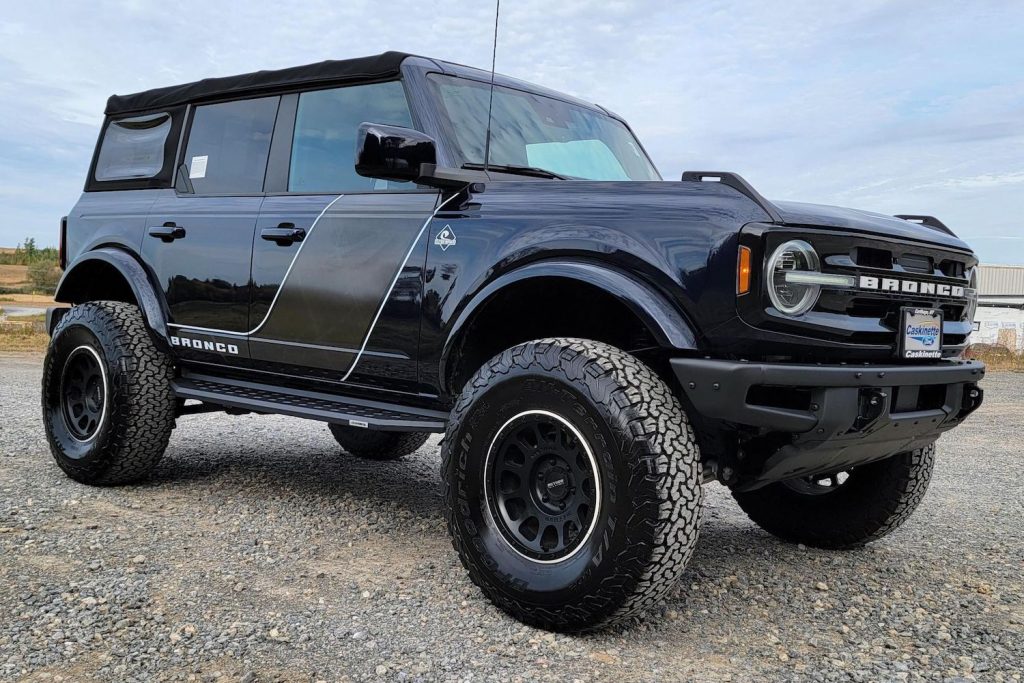 In recent months, we’ve seen more than one Ford Bronco pop up and be sold at various charity auctions, including the custom 2021 Ford Bronco Pope Francis Center First Edition, as well as a modified 2022 Bronco Outer Banks built to benefit the Boston Children’s Hospital. This 2021 Ford Bronco Outer Banks up for grabs at Cars & Bids isn’t being sold with an eye toward gifting the proceeds to charity, but it is a tastefully-modified version of the rugged SUV, regardless. 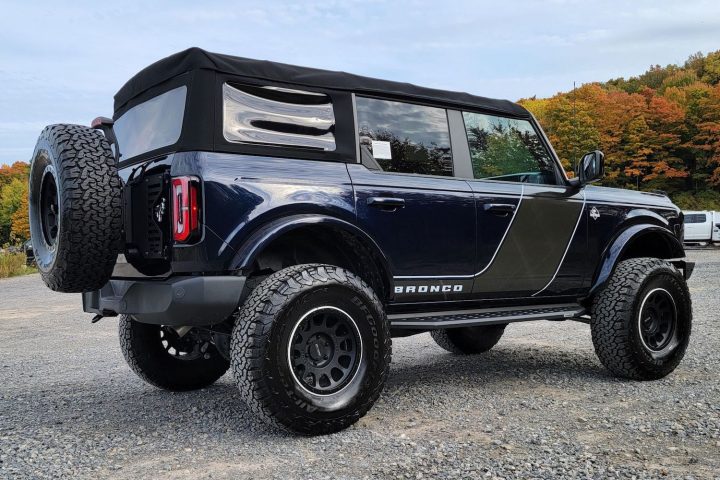 This 2021 Ford Bronco Outer Banks is finished in Antimatter Blue Metallic and is fitted with a black soft top, though there are some obvious upgrades present on the outside, too. Those include custom gray graphics, along with Go Rhino side steps, a Rough Country Suspension Systems tailgate reinforcement bracket, and a set of 17-inch Method Race wheels. The Bronco also sits up a bit higher than stock thanks to a 3.5-inch lift kit. 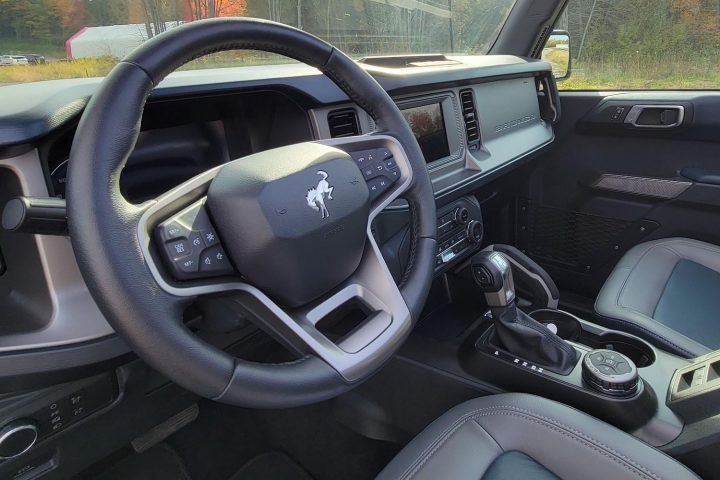 The interior of this particular SUV is pretty much stock, equipped with the Mid Package from the factory. Amenities inside the cabin include an 8-inch touchscreen running Sync 4, gray/navy leather and vinyl upholstery, power-adjustable front seats, remote start, Ford Co-Pilot360, and a dual-zone HVAC system, to name a few. 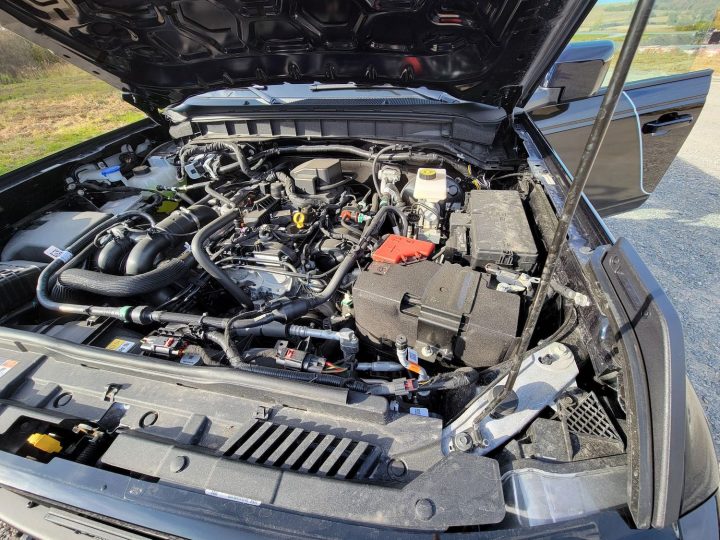 This particular Bronco is powered by the turbocharged Ford 2.3L I-4 EcoBoost powerplant, which generates 300 horsepower and 325 pound-feet of torque on premium fuel and is mated to the 10-speed automatic transmission in this case. With just 1,200 miles on the clock, this mild custom is essentially brand new, and presents a rather compelling option for anyone who’s been looking to pick up a new Bronco – particularly with an eye toward adding a few modifications to it as well.

We’ll have more cool auction finds to share soon, so be sure and subscribe to Ford Authority for more Ford Bronco news and non-stop Ford news coverage.