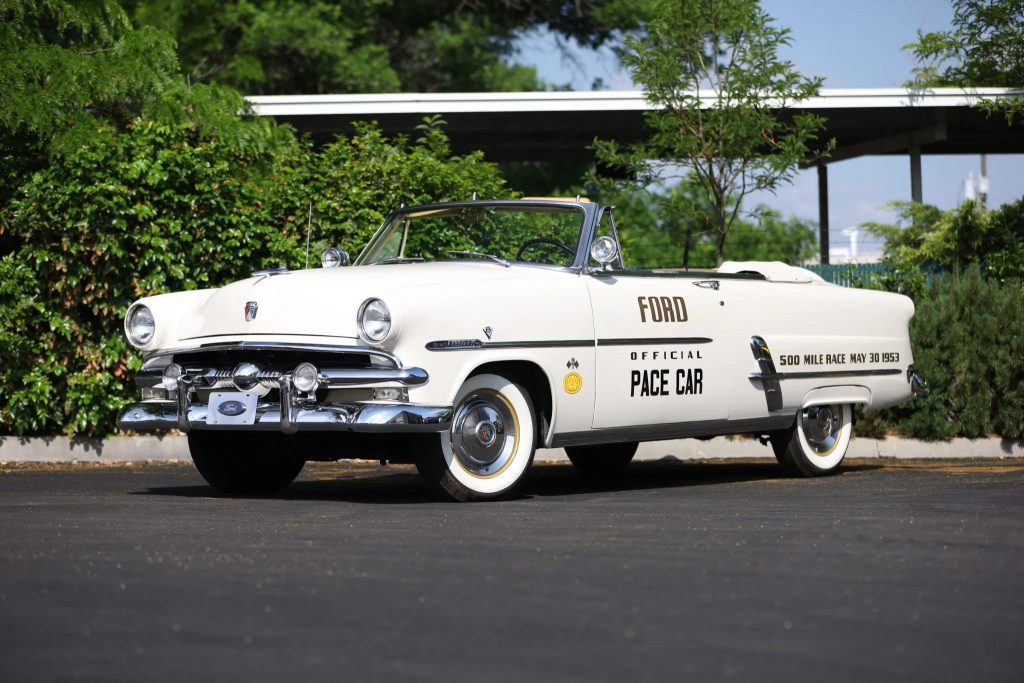 Quite a few Ford pace cars have crossed the auction block this year, including the first 1989 Fox Body Ford Mustang LX Indy 500 Pace Car, and another 1994 Mustang SVT Cobra that led the Indy field around the track. Two iterations of the 1978 Mustang 428 Cobra Jet pace car also sold at Barret-Jackson back in January. Yet another race-inspired Blue Oval vehicle has cropped up for sale on Bring A Trailer, but this one is a bit older: the 1953 Ford Crestline Sunliner Indy 500 Pace Car edition. 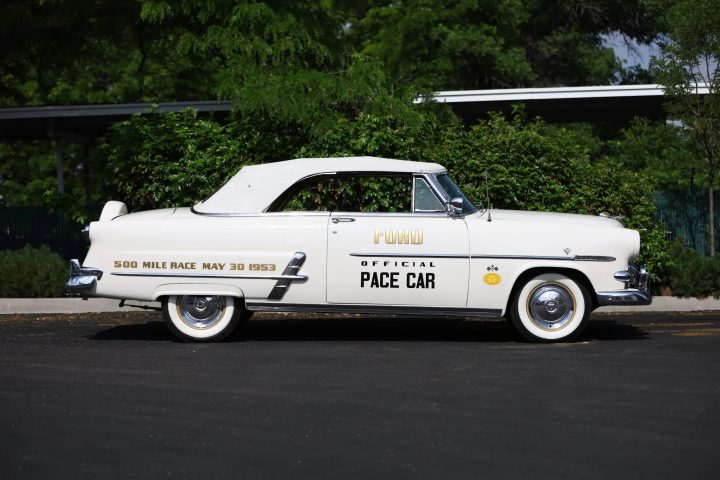 This particular vehicle never actually hit the race track ahead a pack of snarling race cars, but it was one of 2,000 units built for the 1953 model year to commemorate the actual vehicle used to pace the Indy 500 that year. It’s finished with Anniversary Gold and Black accents over a White Sungate Ivory exterior with a special set of decals that commemorate the race on May 30th, 1953. It also sports a power-operated white convertible top and classic chrome bumpers and trim, as well as spotlights mounted on the A-pillars. 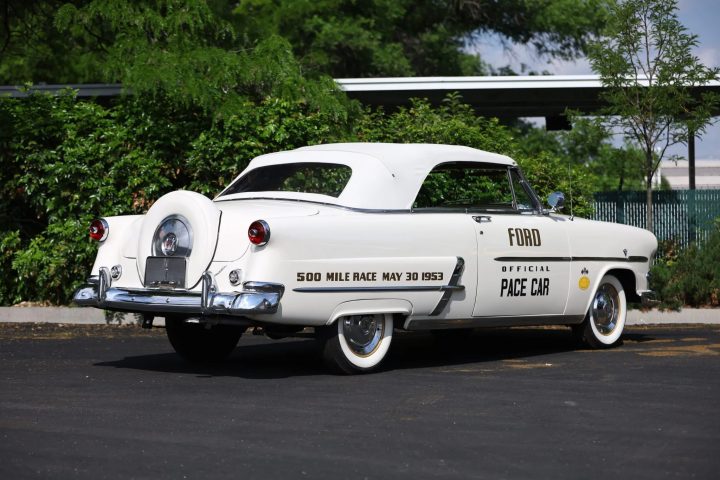 This 1953 Ford Crestline Sunliner rolls on a set of 15-inch steel wheels finished in gold wrapped in Firestone whitewall tires, and there’s even a full-size spare mounted in the trunk. It features four-wheel drum brakes for stopping power, and sources power from a 239 cubic-inch flathead V8 engine, good for 110 horsepower, mated to a Ford-O-Matic three-speed automatic transmission. 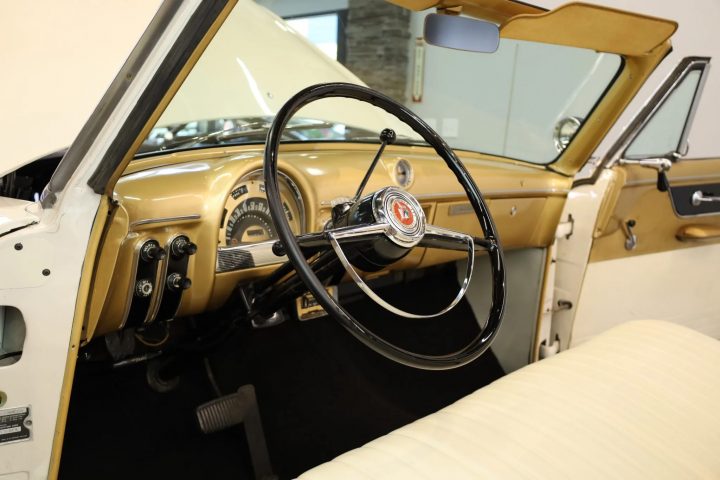 Front and rear bench seats make for a comfortable ride, finished in white and gold vinyl upholstery with color-coordinated door panels. Its analog dash features a clock, heater and push-button radio, along with a speedometer that caps out at 100 mph. The odometer displays approximately 43,000 miles, although the listing notes that true mileage is unknown. It recently underwent service on its brakes, carburetor and electrical system. The auction will close on November 9th, 2022.

Want the latest on all things Ford? Be sure and subscribe to Ford Authority for non-stop Ford news coverage.