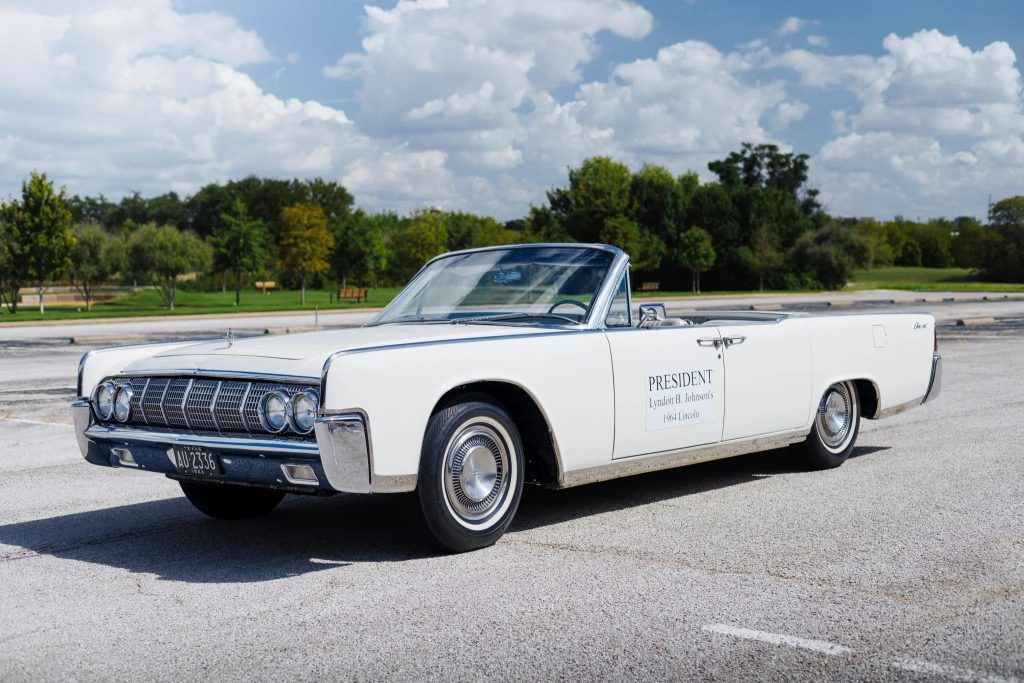 Lyndon B. Johnson, the 36th President of the United States, seemed to be quite fond of his Lincoln Continental convertibles. These luxurious drop-tops carried President Johnson around his ranch in Stonewall, Texas. One of these, a 1964 Lincoln Continental convertible owned by LBJ himself, is currently searching for its next owner on Bring a Trailer. 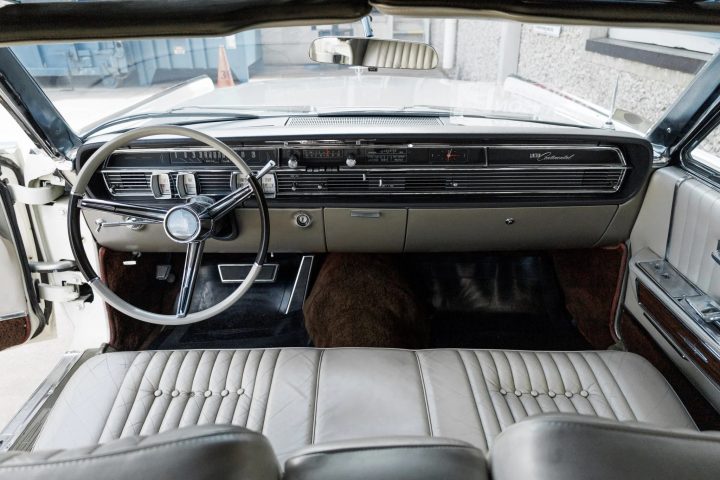 This particular 1964 Lincoln Continental is finished in Arctic White with beige leather upholstery. It has a power-operated white convertible soft top and a power-adjustable driver’s seat. It even has air conditioning, vacuum-operated door locks, suicide doors in the rear, a retractable antenna, chrome bumpers and an AM/FM radio. The listing states that it was sold as new to the LBJ Co. in Austin, Texas. It rolls on a set of 15-inch steel wheels wrapped in thin-whitewall tires, and features power steering and power brakes. 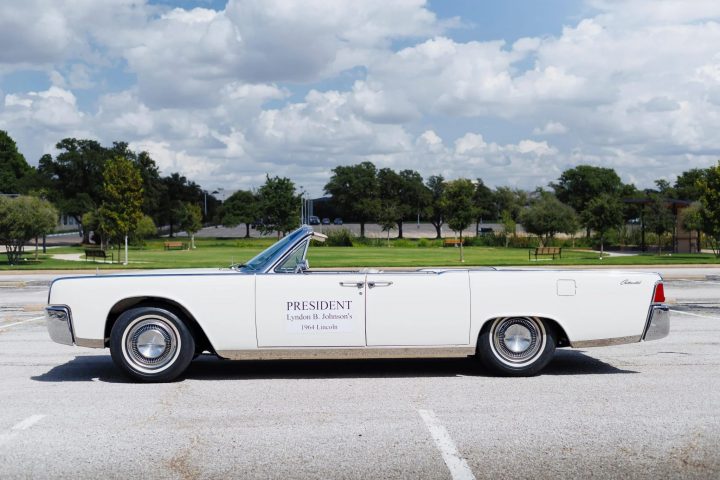 Under the hood, LBJ’s 1964 Lincoln Continental features a 430ci V8 engine, rated at 320 horsepower and 465 pound-feet of torque, mated to a dual-range three-speed automatic transmission powering the rear wheels. The vehicle underwent restoration work in the early 2000s and was purchased by the selling party in 2016. It shows just 16,000 original miles on the odometer, 50 of which were added by the current owner. 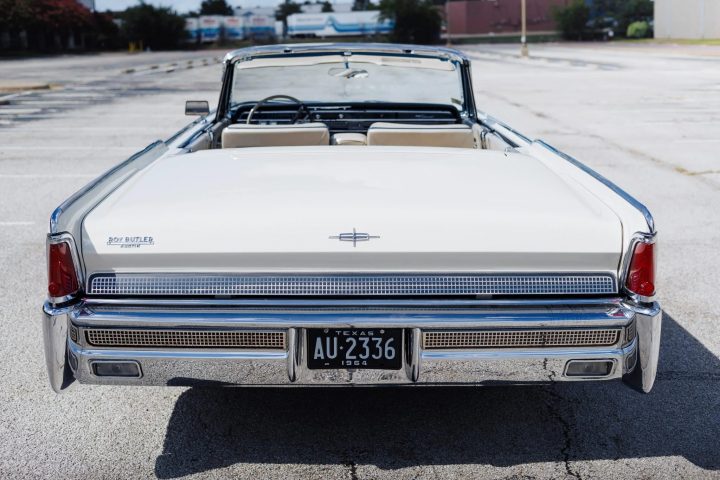 The vehicle’s sale includes documentation that confirms its original purchase by LBJ Co., along with other historical documentation and photos. It also includes presidential memorabilia, including a removable magnet that indicates President Johnson’s ownership of this particular 1964 Lincoln Continental.

It’s worth noting that the Continental received a mid-cycle refresh for the 1964 model year. Changes included a 126-inch wheelbase, chrome vertical grille accents, a revised rear deck lid trim panel and a relocated fuel filler door on the left rear quarter panel. With one day left, bidding is currently at $78,000.