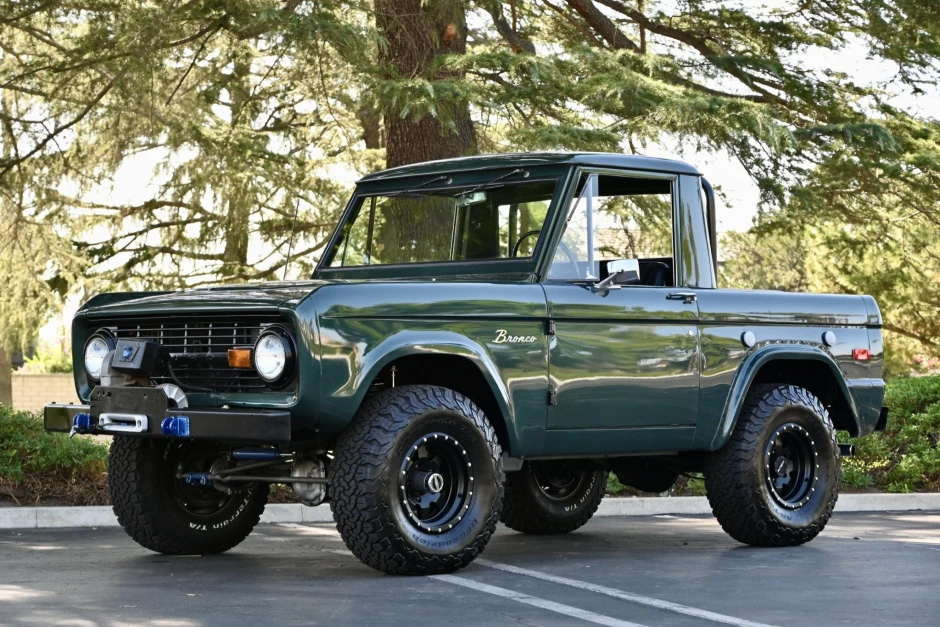 It’s not uncommon to stumble across a first-generation Ford Bronco up for sale, but extreme rare or low mileage examples occasionally show up on auto auction sites. One example, a 1967 Ford Bronco, was up for sale almost one year ago, while another from the 1966 model year was up for grabs in early 2022. Now, an even more unique and one-of-a-kind first-generation 1969 Ford Bronco is searching for its new home on Bring A Trailer, but what really sets this vehicle apart from its brethren is the fact that it’s been converted into a pickup. 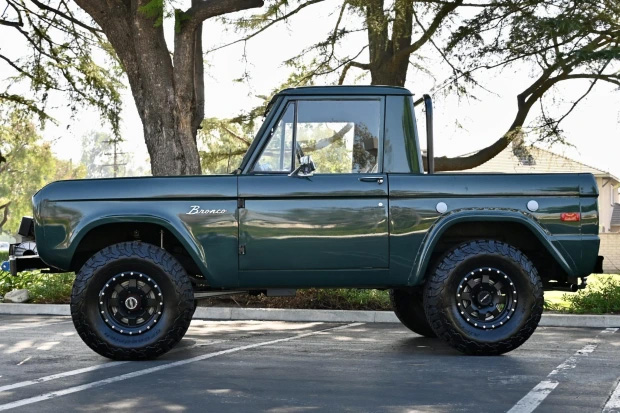 The vehicle’s listing says that this 1969 Ford Bronco was converted from a wagon to a half-cab truck approximately 20 years ago, and was repainted in green around the same time. The current selling dealer relocated the column shifter to the floor. The carpets were also replaced, as was the padding, while the fuel system also underwent repairs. 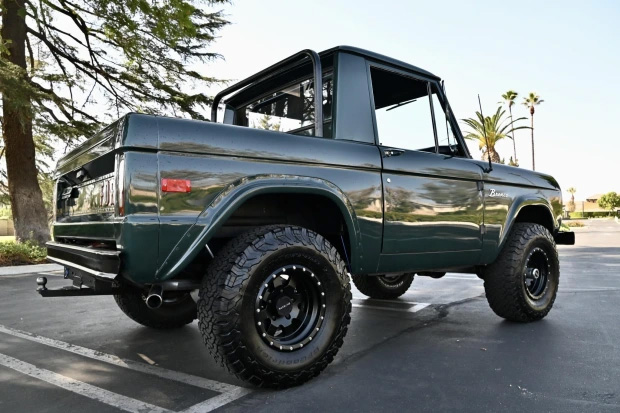 Its exterior sports tough steel bumpers, a front-mounted winch, a roll bar, dual fuel tanks, a left-side mirror, wheel arch trim, a tow ball and dual exhaust ports. This 1969 Ford Bronco rolls on a set of 15-inch Raceline beadlock wheels wrapped in 32×11.5 BF Goodrich All-Terrain K02 tires. The vehicle is powered by a 302 cubic inch V8 engine, and is stopped by four-wheel drum brakes. Warn manual hub locks are present on all four wheels, and a Wild Horses suspension was added to this vehicle in 2021, which includes springs, shocks and bushings.

It was also fitted with a MagnaFlow exhaust system in 2021, while the exhaust manifolds and valve covers were refinished. The seller notes that while the odometer reads approximately 69,000 miles, the vehicle’s true mileage is unknown. It should also be noted that the inset gauges around the factory speedometer are inoperable, and the front winch has not been tested since the early 2000s. 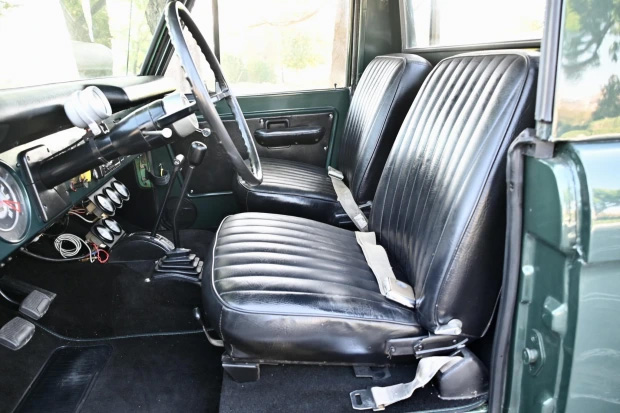