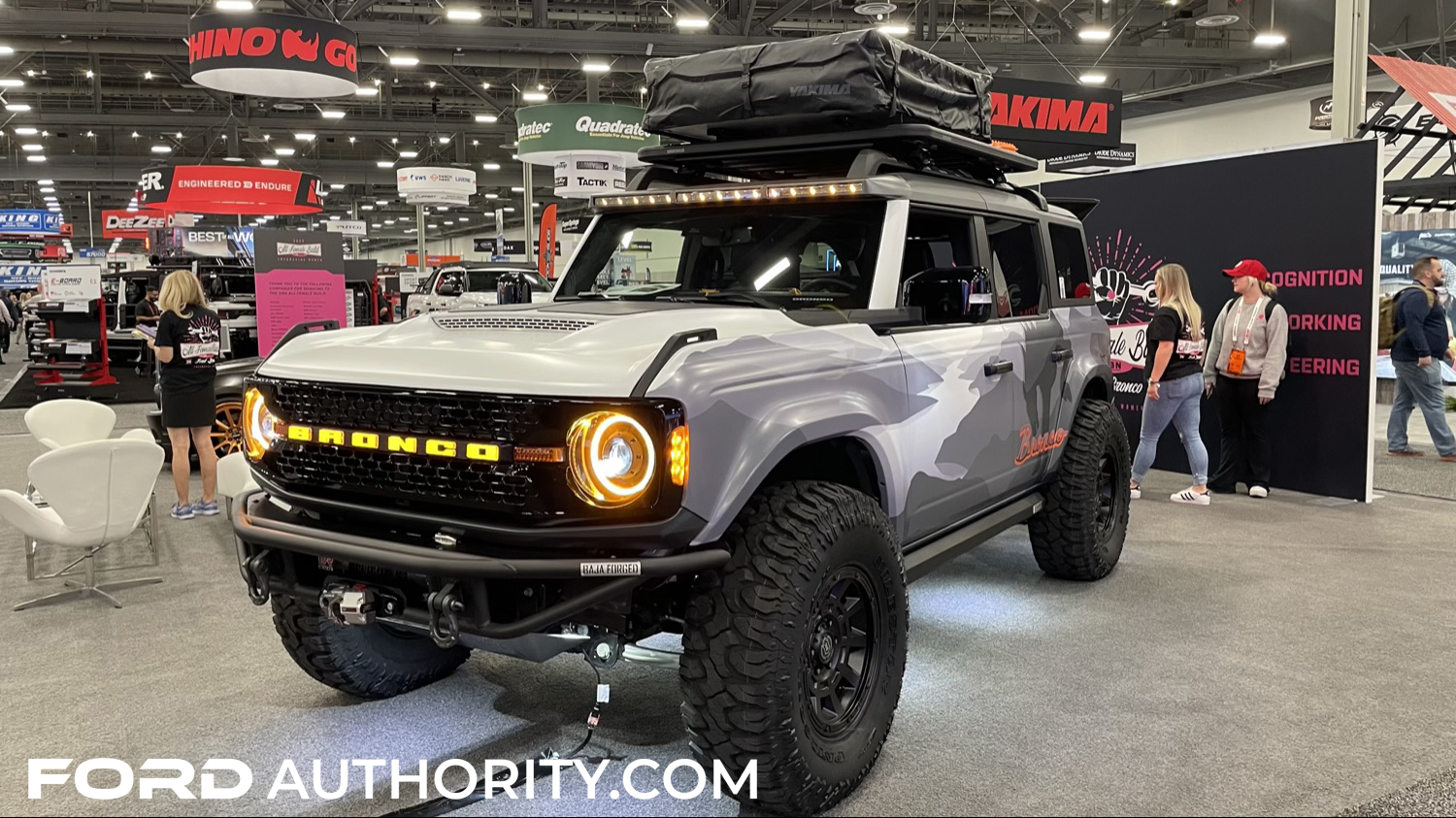 As Ford Authority reported in October, a very special 2022 Ford Bronco donated by The Blue Oval to the SEMA Businesswomen’s Network (SBN) made its debut at the Las Vegas-based automotive aftermarket extravaganza merely one month later. What makes this particular 2022 Ford Bronco build a bit more special than most is the fact that it was pieced together entirely by women – a team that included a whopping 125 individuals, who put in a combined 5,000 hours of labor to make it unlike anything else out there. It was also at the 2022 SEMA Show, where Ford Authority was able to get a closer look at this cool and unique build. 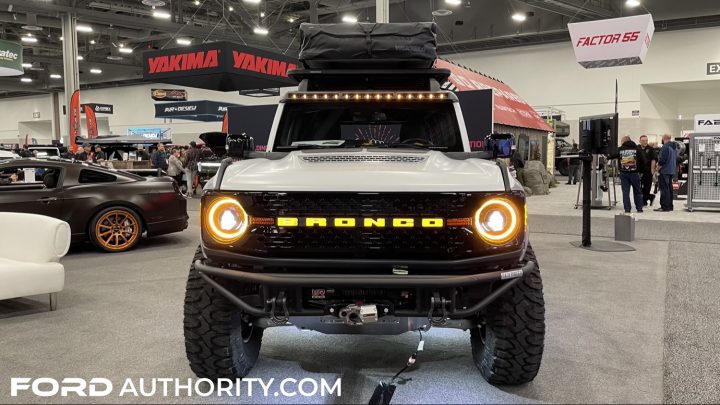 The team started out with a brand new 2022 Ford Bronco Wildtrak four-door and the added a laundry list of modifications to make it unique. Up front, those include an Advanced Fiberglass ram air hood, a Baja Forged Crawler front bumper, a Warn VR EVO 10-S winch, a Factory 55 ultra hook, Oracle lighting, and a Ford Research and Advanced Engineering illuminated Bronco grille. 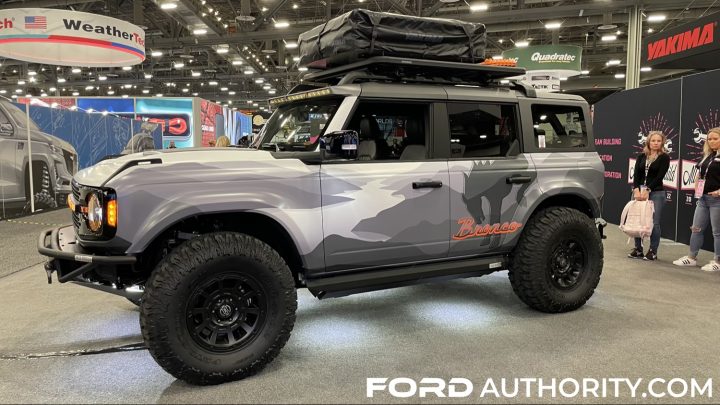 Moving down the side, we get a better look at the custom vinyl wrap that covers this particular SUV, as well as the Advanced Fiberglass fenders, Amp Research Powerstep XL running boards, a Ford Accessories LockNLoad roof rack, Yakima Skyline tent, and 17×8.5-inch satin black Icon Thrust wheels wrapped with 37×13.5-inch Milestar Patagonia tires. Underneath, an Icon lift kit adds an additional four inches of clearance and is joined by a BroncBusters stage 3 billet aluminum housing and bushing kit and an adjustable rear track bar. 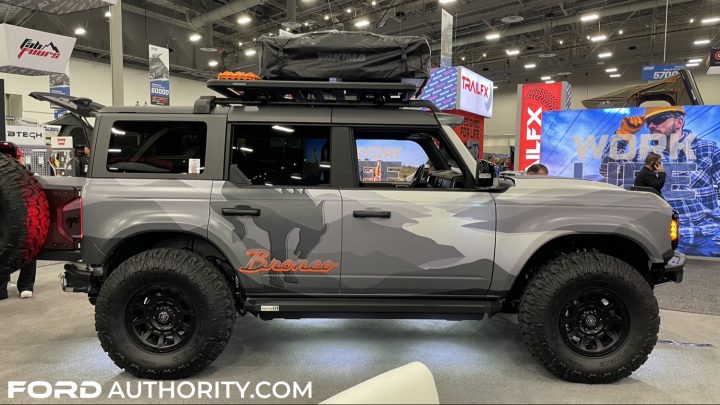 Inside the cabin, this custom build features Katzkin leather seat covers, a rear seat delete, an ARB fridge, and a sleeping pad. Power comes from the twin-turbocharged Ford 2.7L V6 EcoBoost engine, which has been treated to a Ford Performance Power Pack, a TurboSmart back valve, a cold-air intake, and a cat-back exhaust. 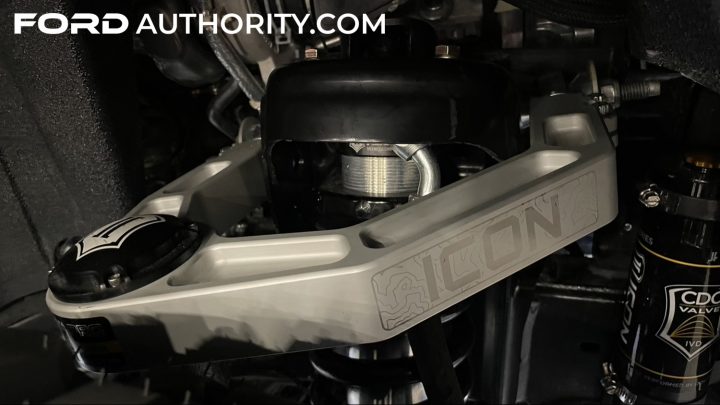 Add it all up, and this Bronco build is undoubtedly impressive, no matter who built it. But the fact that it was put together by an all-female team in a male-dominated industry makes it even more special – and notable. 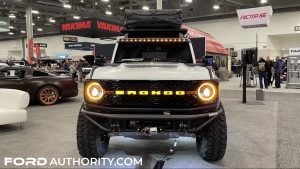 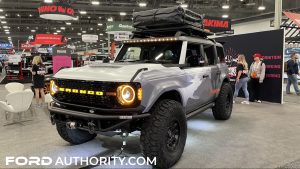 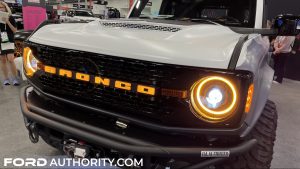 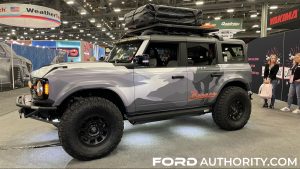 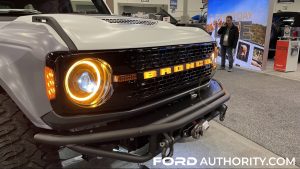 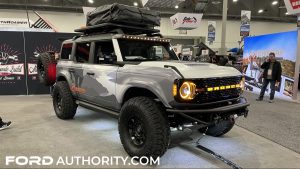 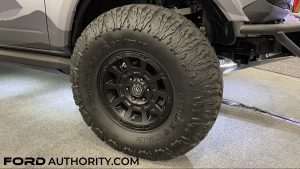 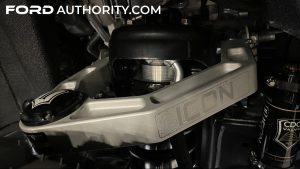 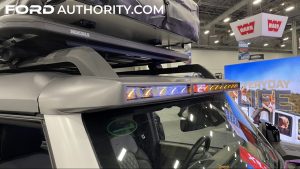 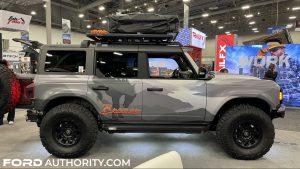 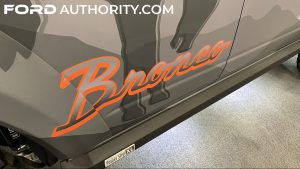 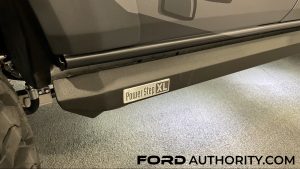 One Quarter Of 2022 Ford Maverick Buyers Are Female