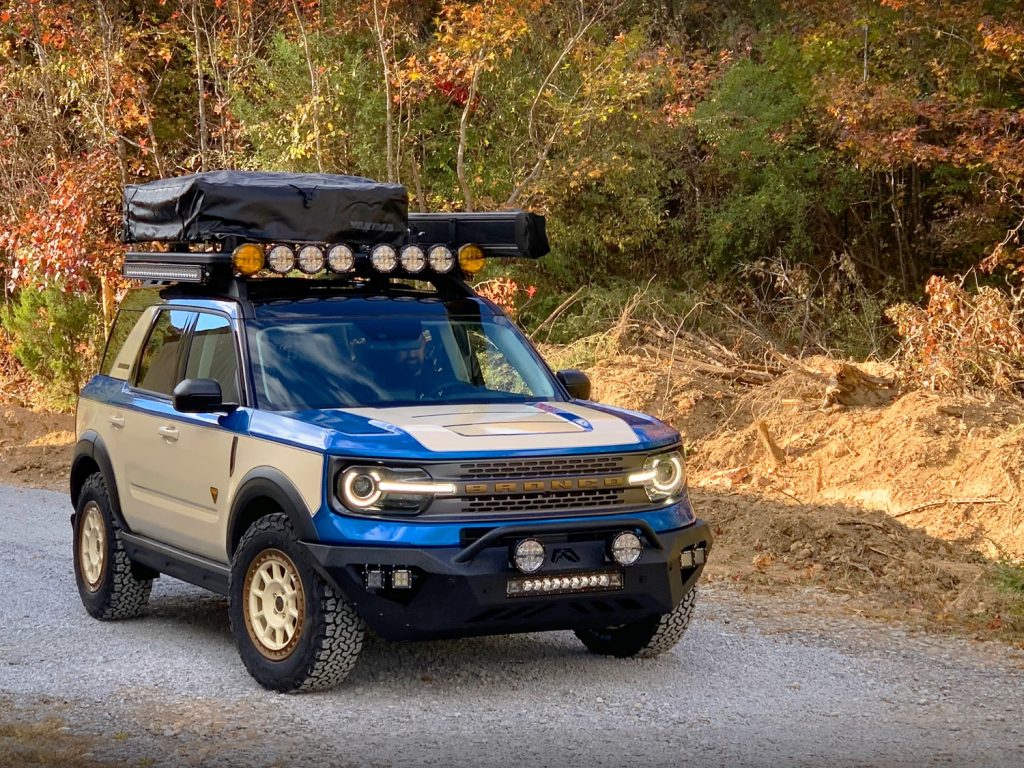 There were plenty of custom Ford builds on display at SEMA 2022, though the automaker itself didn’t have an official presence at the show. One such Blue Oval vehicle was a 2022 Ford Bronco Sport, the brainchild of aftermarket parts manufacturers Yakima and Hypertech that is more than ready to roar off the pavement and get down and dirt in an off-road scenario.

This 2022 Ford Bronco Sport was built with the ultimate off-roading capabilities in mind. It’s been outfitted with an ARB portable air compressor for emergencies, an off-road recovery kit to help it get out of sticky situations, and features exterior area and underbody lighting to help its occupants keep an eye on obstructions even in dark environments. It also has an Aeroskin hood protector to help keep unwanted damage from rocks and other hazards at bay.

A-pillar lighting by Rigid Industries and a rooftop off-road light bar brighten the night in front of this 2022 Ford Bronco Sport build, compliments of Ford Performance. A Borla exhaust upgrade makes this machine sound as mean as it looks, and a NOCO GB-70 battery jumpstart pack gives its passengers peace of mind when traversing sparsely populated areas. It’s even been outfitted with a built-in shower and rooftop tent, along with an exterior sound system to make it the ultimate off-road camping companion. 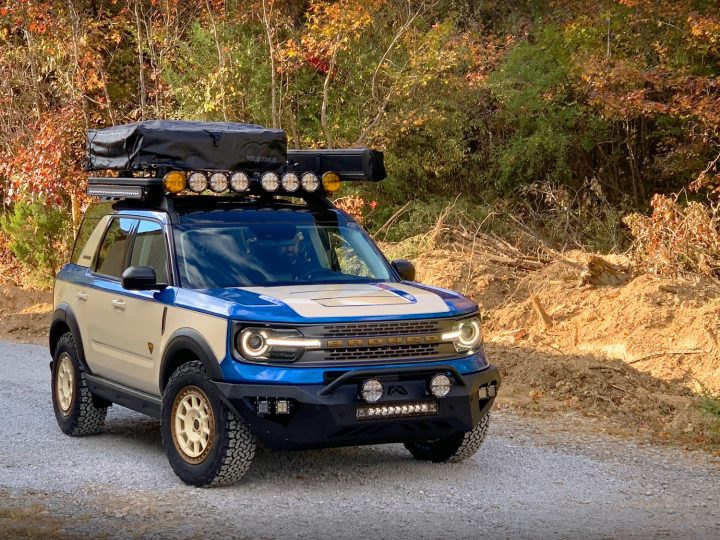 This off-road SUV “exemplifies the perfect union of technology and off-road performance,” according to its builders.

The Ford Bronco Sport is a relative newcomer to SEMA. Last year, a 2021 Bronco Sport custom-built by CGS Performance caught plenty of eyes and featured quite a few aftermarket performance upgrades. Another unique build was the 2022 Ford Free Wheelin’ Bronco Sport, which was dressed with a set of retro-style graphics to give it a little extra boost in the looks department.

We’ll have cool custom builds like this to share soon, so be sure and subscribe to Ford Authority for more Bronco Sport news and continuous Ford news coverage.