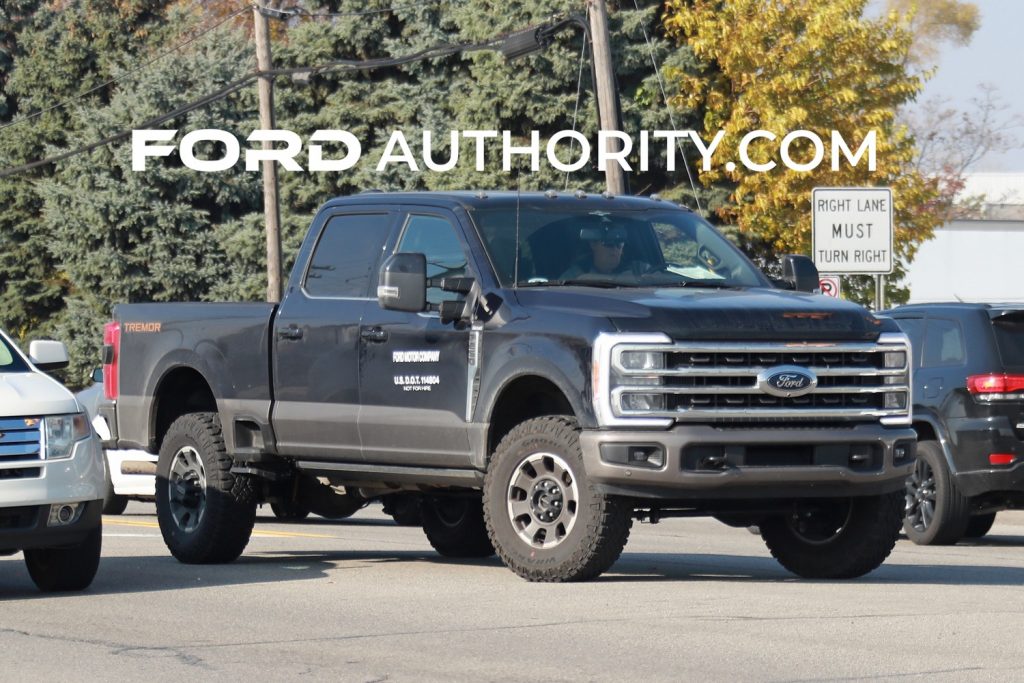 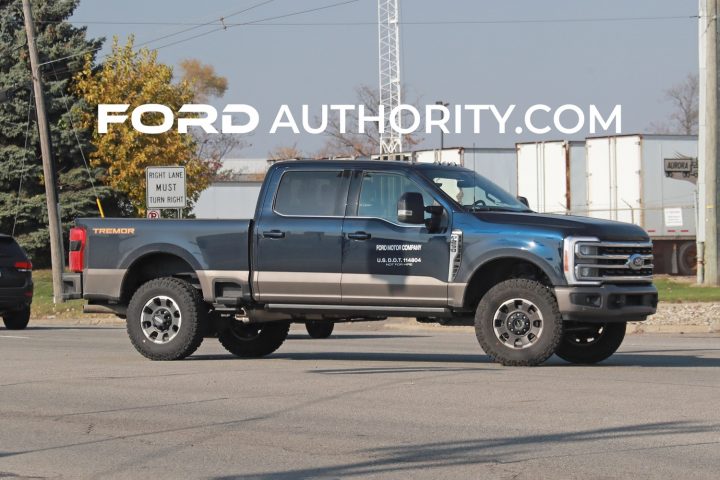 This 2023 Ford F-250 King Ranch Tremor is notable for a number of reasons, including the fact that opting for the optional package replaces the King Ranch wheels with Tremor-specific units. Selecting the Tremor package adds a host of other features as well, including a front-end lift, unique 18-inch wheels, and 35-inch Goodyear tires. 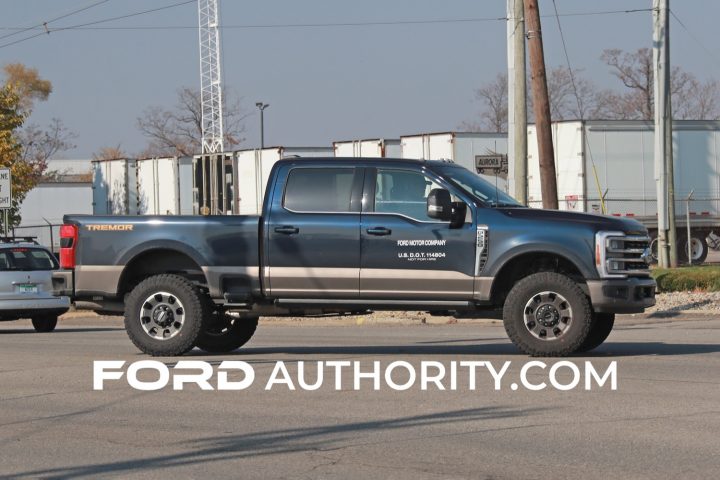 The Tremor package also includes a uniquely-tuned suspension, a Dana front axle with a limited-slip differential and axle vent tubes, Trail Turn Assist, and selectable drive modes including Rock Crawl. A front e-locker also remains a possibility for the Tremor at some point in the future, as Ford Authority previously reported. 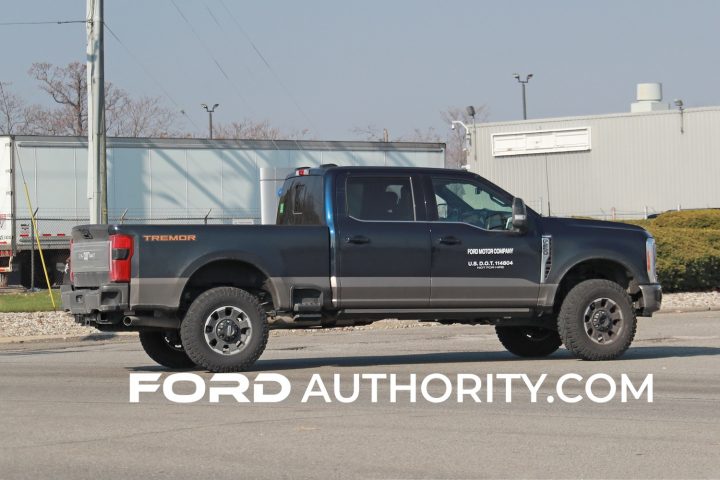 The King Ranch trim level is a late availability option for the 2023 Ford Super Duty, and adds a variety of luxurious upgrades. On the outside, those include 20-inch bright machined cast aluminum wheels with unique King Ranch center caps, a power tailgate with a tailgate down camera, a reverse sensing system, a King Ranch chrome appliqué, and a tailgate step, which doesn’t impact the truck’s approach and departure angles, as Ford Authority reported earlier this month. 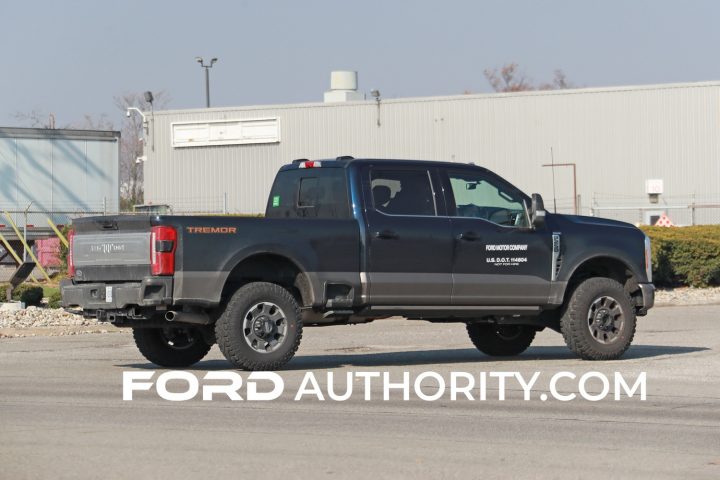 Inside the cabin, the 2023 Super Duty King Ranch gets Kingsville Antique Affect leather, an 18-speaker B&O sound system with a subwoofer, a 12-inch digital instrument cluster with a head-up display, and the Sync 4 voice-activated system. Tech features present in the luxurious pickup include Ford Co-Pilot 2.0, the Tow Technology Package, and the 2.0 kW Pro Power Onboard generator. 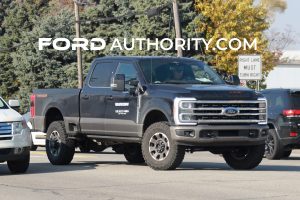 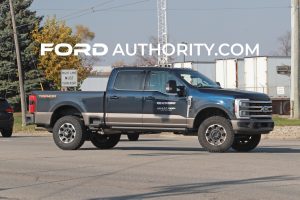 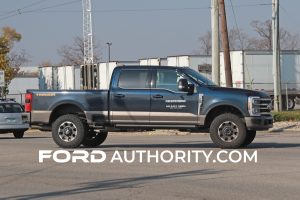 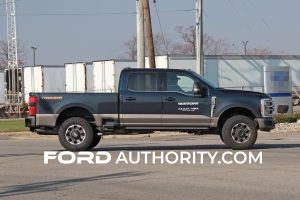 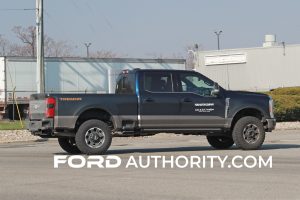 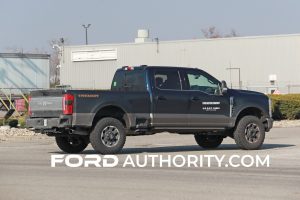 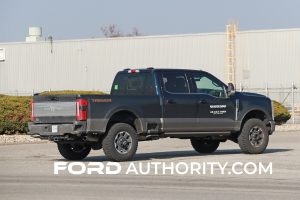