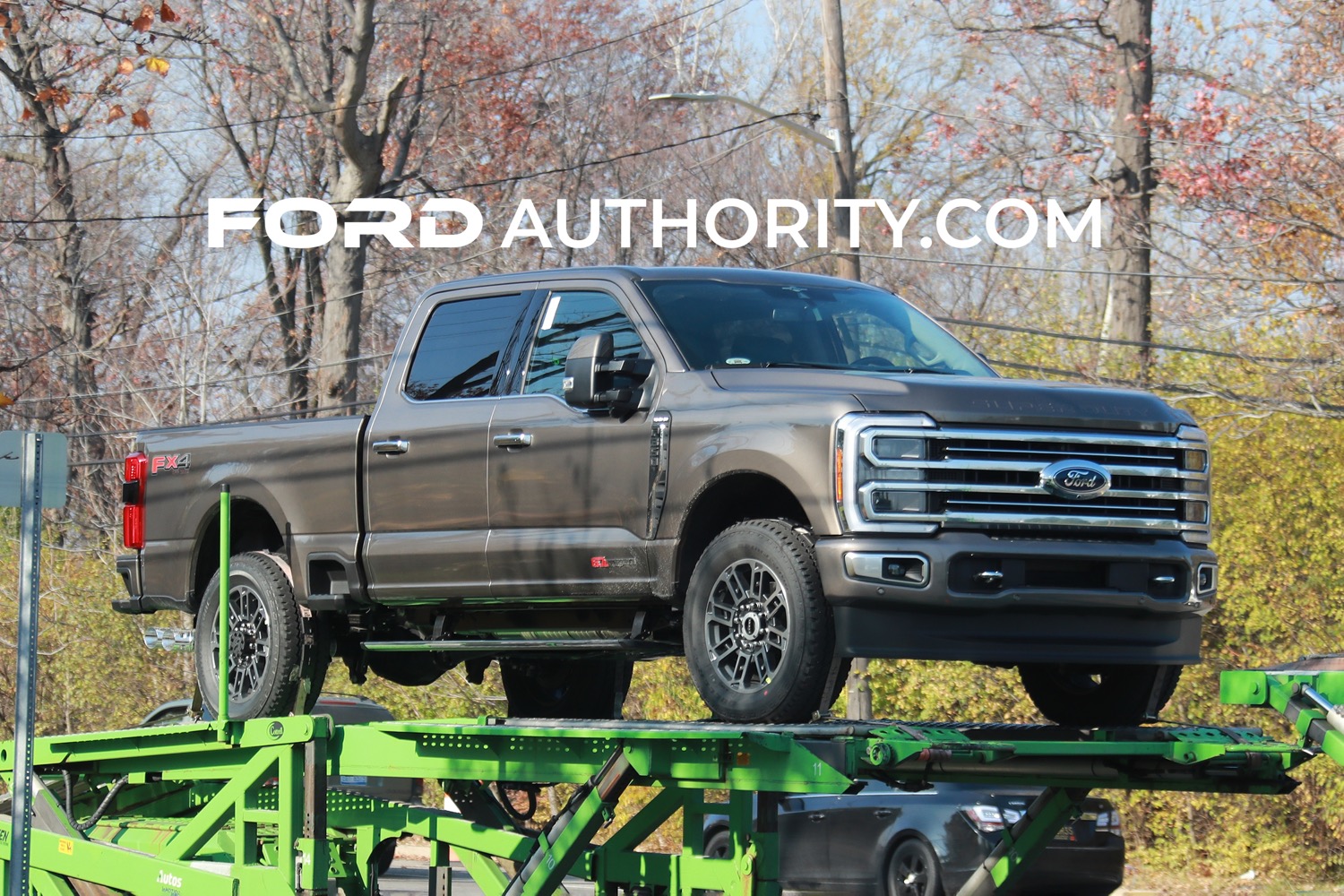 Since the debut of the all-new 2023 Ford Super Duty back in September, Ford Authority has spotted a number of variants of the redesigned pickup out and about, including an F-600 XL chassis cab, an F-350 Limited, an F-250 King Ranch Tremor, an F-350 Regular Cab, an F-350 XL Chassis Cab, and, most recently, an F-250 XL with the STX Appearance Package. Now, Ford Authority has spotted a 2023 Ford F-350 Super Duty Limited equipped with the FX4 Off-Road Package finished in Stone Gray Metallic, giving us yet another look at the brand new F-Series pickup in a different guise. 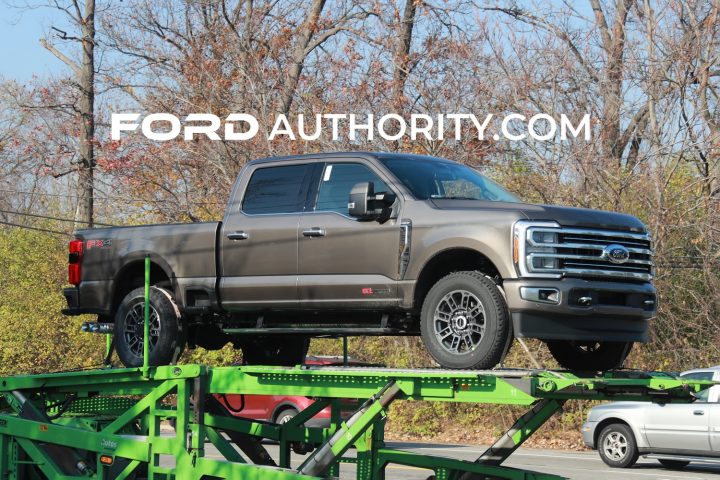 This isn’t the first time we’ve seen the 2023 Ford F-350 Limited, as one was present at the model’s debut a couple of months ago, but that one was finished Azure Gray. This time around, we have it in Stone Gray Metallic, covering a Super Duty that features a Crew Cab configuration with the short box (6′ 3/4″) versus the long box (8 feet), and Single Rear Wheel (SRW), as opposed to the optional Dually / Dual Rear Wheel (DRW) setup. As the range topping trim in the Super Duty lineup, the Limited starts out at $97,270 and it touts that fact on the outside with 18-inch bright-machined Carbonized Gray wheels and an abundance of chrome that adorns the front grille and the ultra-shiny tailgate appliqué. Other notable features present on the F-350 Limited include PowerScope trailer tow mirrors, LED headlights and taillights, and on the inside, leather-trimmed seats, the 360-degree camera package, digital instrument cluster, B&O sound system, and a 12-inch infotainment screen running Sync 4. 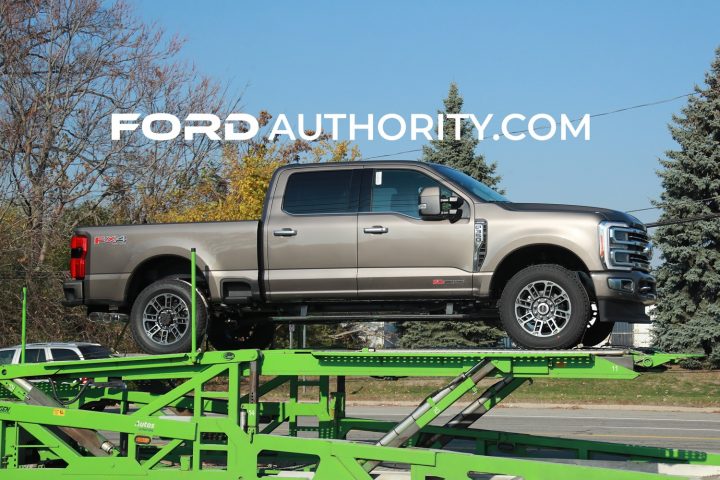 This particular example is also equipped with optional FX4 Off-Road Package, which requires four-wheel drive – though that is included as standard equipment on this particular trim, as Ford Authority previously reported – as well as all-terrain tires for the F-250 and F350 or 225/70Rx19.5G BSW tires for F-450 models and the electronic locking differential for SRW models or limited-slip for DRW trucks. Other features present in this package include Hill Decent Control, skid plates for the transfer case and fuel tanks, an “FX4 Off-Road” box decal, and specially-tuned shocks. 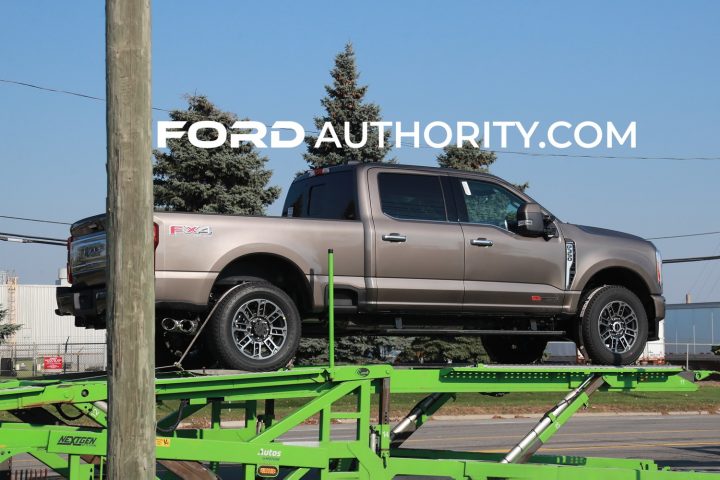 The FX4 Off-Road Package adds $495 to the cost of the Super Duty, though checking that particular box also requires swapping out the standard 3.31 non-limited slip axle for the electronic locking one with 3.31 gears, which brings the total cost of the package on this particular truck to $925. If we add nothing else, this configuration is priced at $99,990, including the mandatory $1,795 destination fee. In terms of powertrains, this 2023 F-350 features the turbocharged Ford 6.7L V8 Power Stroke diesel underhood, which is standard on the Limited trim and generates 475 horsepower and 1,050 pound-feet of torque in standard configuration, or 500 horsepower and 1,200 pound-feet in high-output guise. 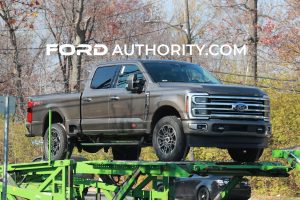 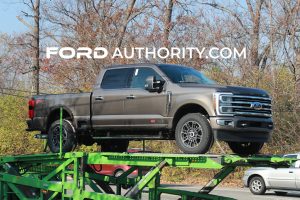 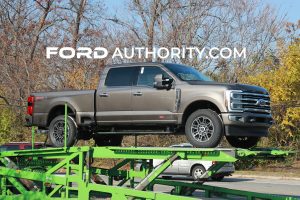 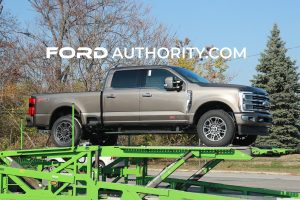 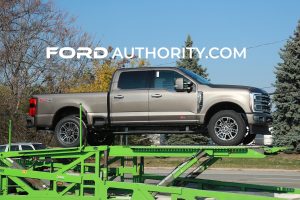 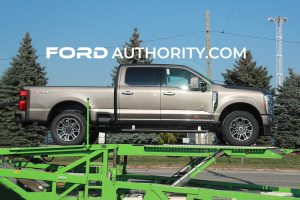 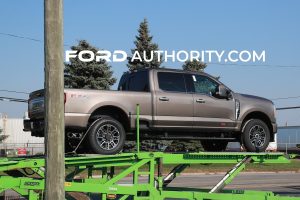 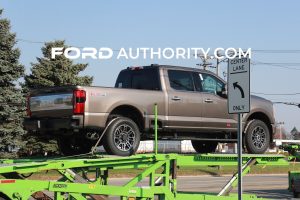 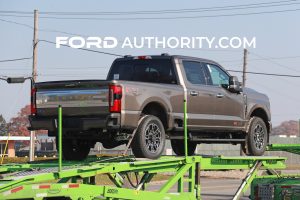 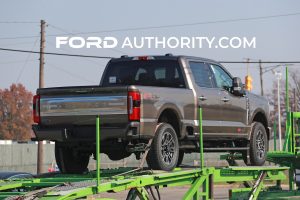