The 2023 Ford Super Duty was unveiled in late September 2022, bringing a slew of handy new tech upgrades to the heavy duty truck family, such as embedded 5G capability, Trailer Navigation and Pro Power Onboard. Additionally, the all-new pickup gains some notable upgrades to the Integrated Tailgate Step, as previously reported by Ford Authority. Fortunately, the new rear bumper steps do not affect the departure or approach angles of the 2023 Ford Super Duty Tremor, as explained by the engineering manager of the heavy truck line. 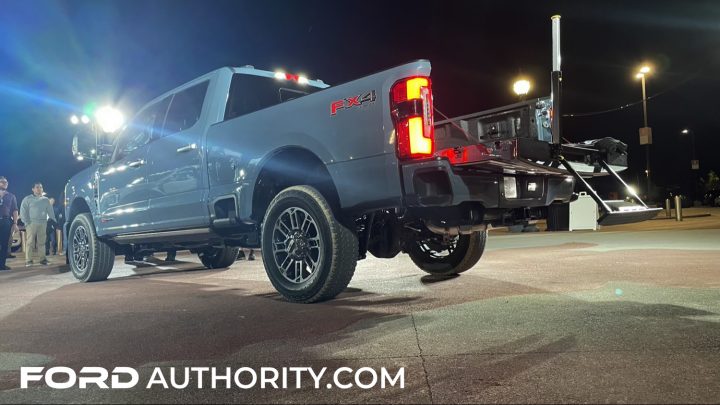 “No and I know that because I’ve personally tested that. We have put the new Tremor through its paces. There’s many different aspects of making sure that the new Tremor with the added technology with the Super Duty are built Ford tough,” Aaron Bresky, engineering manager of the Ford Super Duty explained to Ford Authority Executive Editor Alex Luft at the 2023 Ford Super Duty reveal event in Kentucky.

As a reminder, the new rear bumper steps are standard and are integrated into both sides of the bumper on all models. They was lowered by three inches over previous iterations of the technology in order to make the last step up and the first step down easier to reach. However, as previously stated, this minor alteration does not affect the Super Duty Tremor’s approach or departure angles out on the trail. 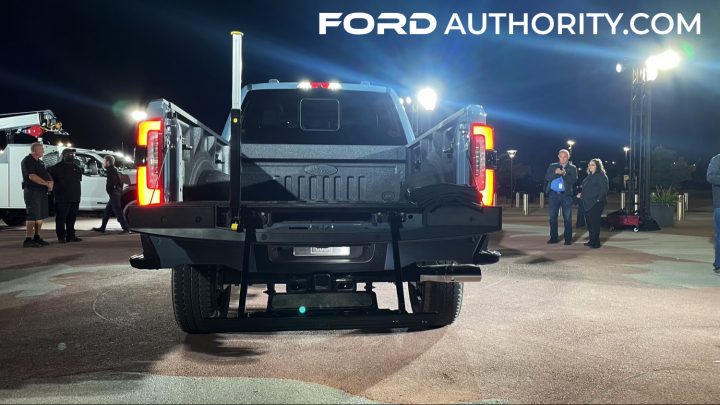 Aside from the new step, the 2023 Ford Super Duty also gains a standard 6.8L V8, an all new gasoline engine that Ford Authority was the first to report on. This engine is offered alongside the Ford 7.3L V8 Godzilla, the Ford 6.7L V8 Power Stroke diesel, and a new high-output version of the Power Stroke that features a unique turbo, tune, and upgraded exhaust manifolds. 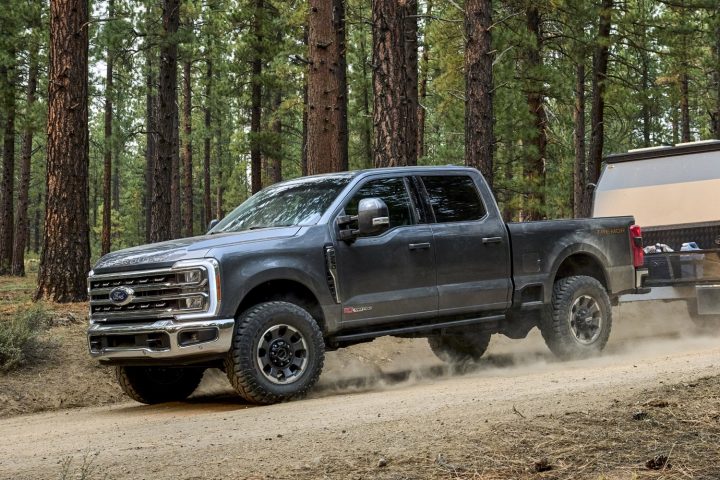 Updated: The text in the article has been updated to reflect the fact that it’s the rear bumper steps, not the integrated tailgate assist, that does not impact approach or departure angles.