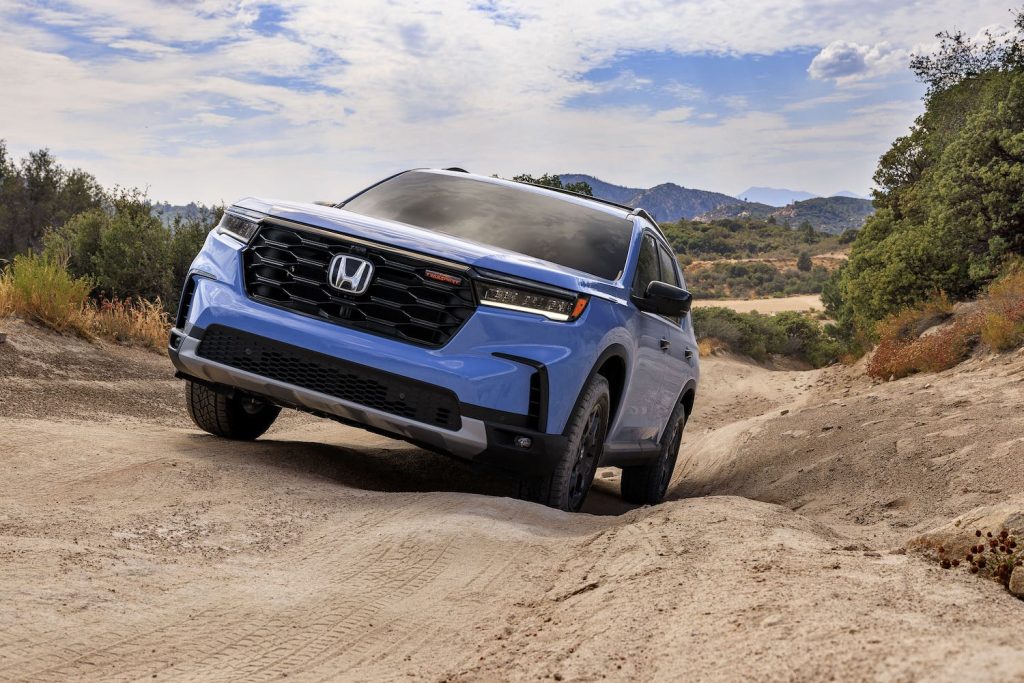 The Ford Explorer has carried over to the 2023 model year largely unchanged, though bigger things are on the horizon. A refreshed 2024 model is already in the testing phase, while an all-electric model is expected to follow in 2025, and the rugged, off-road-focused Timberline trim that debuted in 2021 will stick around for the coming mid-cycle refresh as well. However, the Explorer exists within a very competitive segment, and it will now have the brand new, redesigned 2023 Honda Pilot to deal with as well. 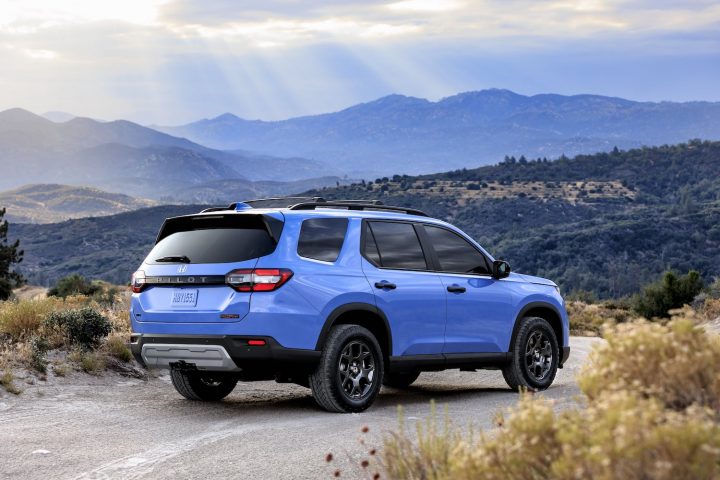 As is the case with more and more crossovers these days, the 2023 Honda Pilot features a more squared-off, rugged look than its predecessor, ditching its minivan roots for proper SUV styling. It’s also larger than the outgoing model – 3.4 inches longer with 2.8 inches of additional wheelbase, while the front and rear tracks have grown by 1.2 and 1.5 inches, respectively. Riding on a brand new platform, Honda says that the new Pilot is also more rigid and stiffer than before, aiding handling in the process. 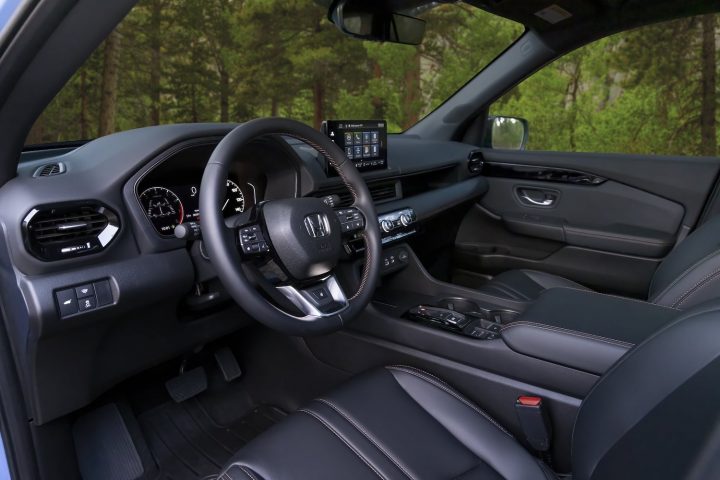 Power for the 2023 Honda Pilot comes from the automaker’s redesigned 3.5L V6, which generates 285 horsepower and 262 pound-feet of torque and is mated to a 10-speed automatic transmission. Inside the cabin, occupants benefit from the Pilot’s stretched wheelbase, with 2.4 inches of additional second row legroom and another half-inch in the third row. Cargo room has grown as well, coming in at 22 cubic feet behind the third row. Aside from a new look ,the inside features a part digital/part analog instrument cluster, and a seven-inch infotainment screen for the base Sport or a nine-inch unit for higher trims. 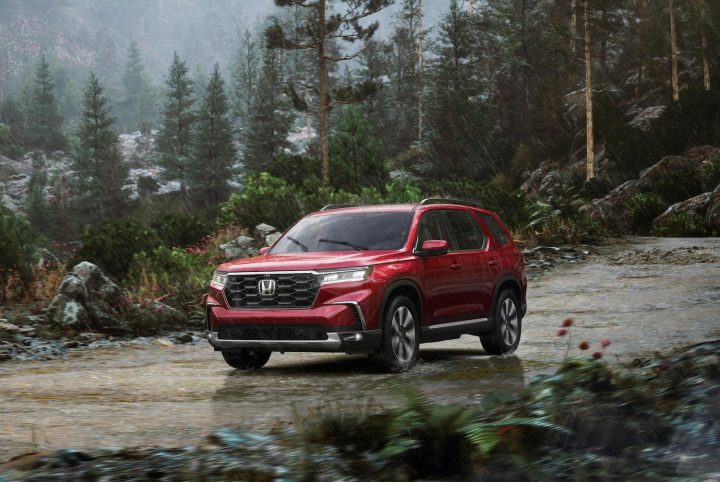 While Honda has offered a TrailSport version of the Pilot in the past, the 2023 version actually gains some off-road capability in the form of a one-inch lift, a revised suspension, skid plates, all-terrain tires, hill descent control, and a specially calibrated all-wheel-drive system. Available in Sport, EX-L, TrailSport, Touring, and Elite trims, pricing has yet to be announced for the 2023 Honda Pilot, but the all-new crossover is set to go on sale next month.