Since the 2023 Lincoln Corsair debuted back in September, Ford Authority has spotted the refreshed crossover in a variety of colors and configurations, including Crystal Red, Infinite Black, Red Carpet, a Whisper Blue Grand Touring, and a Pristine White Reserve model with the Jet Appearance Package. Now, Ford Authority has also spotted a 2023 Lincoln Corsair Reserve finished in Crystal Red with the Jet Appearance Package, too. 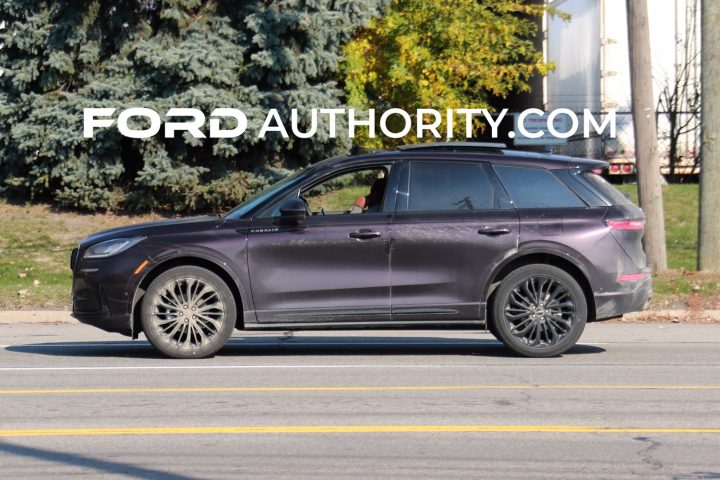 The Jet Appearance Package is available as an option on 2023 Lincoln Corsair Standard and Reserve trims for the cost of $2,000, and adds a bevy of features to the luxurious crossover. Those include a Pillar Black front grille, lower front fascia, fender badges, door frame molding, and a powder-coated roof rack, along with body-color wheel lip moldings, front and rear bumpers, and lower door cladding. The package also includes unique 20-inch aluminum wheels wrapped with all-season BSW 99V tires measuring 245/45R20, though it can’t be paired with the 20-inch premium painted wheels. 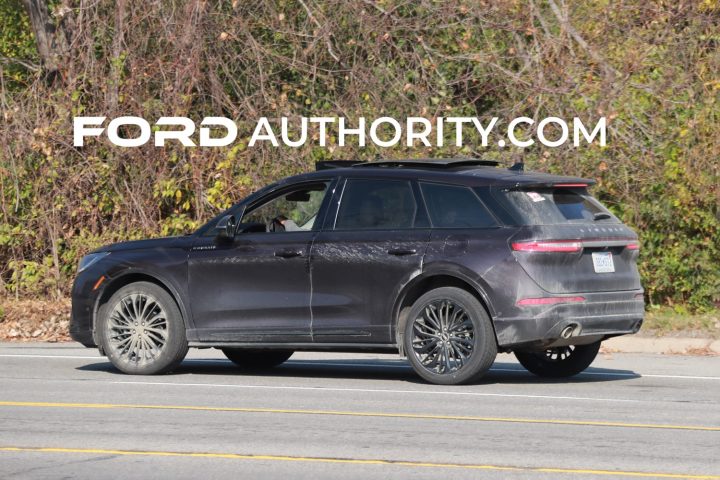 Inside the cabin, the 2023 Lincoln Corsair gets a handful of updates including the addition of Lincoln’s ActiveGlide hands-free highway driving assist feature, two new interior themes – Smoked Truffle and Eternal Red – a redesigned lower instrument cluster, an available backlit appliqué, and a 13.2-inch infotainment screen running Sync 4. The refreshed Corsair comes standard with the turbocharged Ford 2.0L I-4 EcoBoost engine, while the 2.5L plug-in hybrid setup is present in the Corsair Grand Touring. 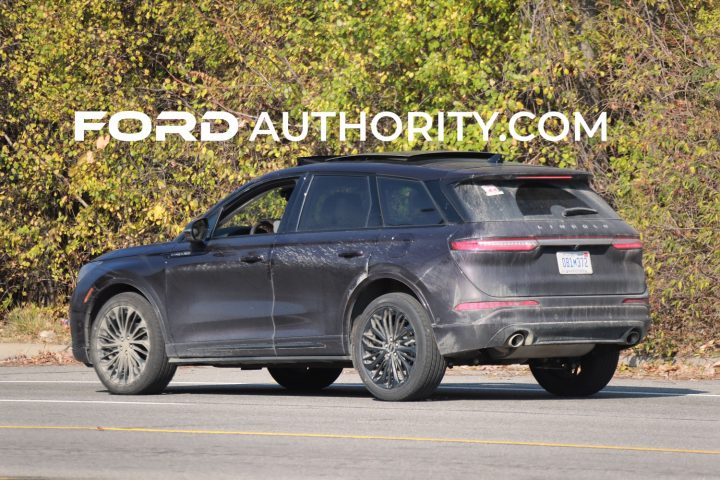 Order banks for the redesigned 2023 Corsair are open now, with production beginning at the Louisville Assembly plant on  December 12th, 2022. 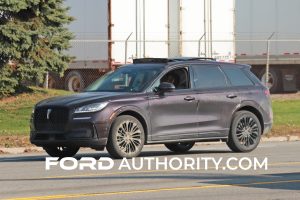 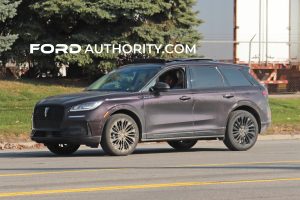 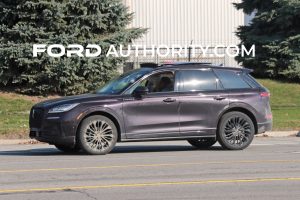 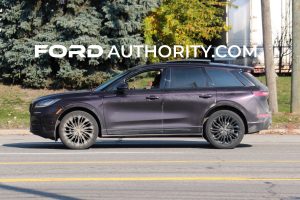 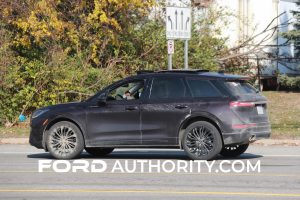 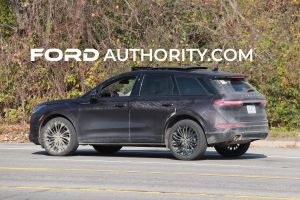 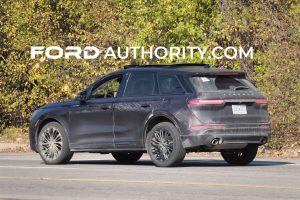