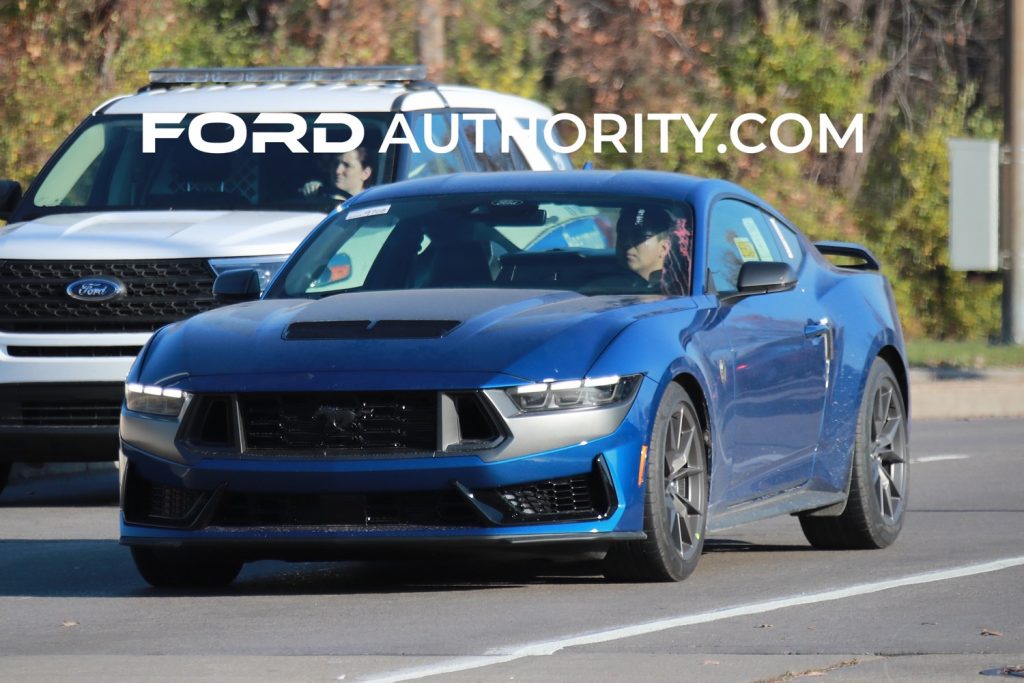 The all-new seventh-generation 2024 Ford Mustang recently debuted as a complete redesign for the latest iteration of the iconic pony car. Since then, Ford Authority spotted a base EcoBoost out in public, giving a good glimpse of the muscle car in the real world for the first time. Now, we’ve spotted another iteration of the forthcoming Mustang, but this time on the opposite side of the performance spectrum: a Ford Mustang Dark Horse. 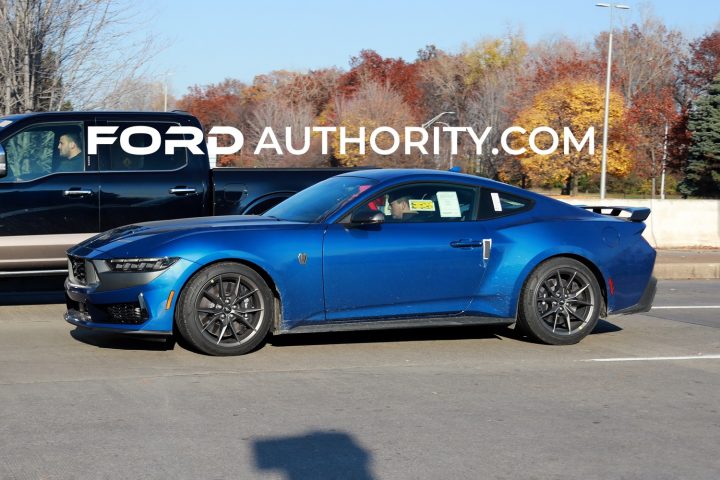 The Ford Mustang Dark Horse is a high-performance muscle car that harnesses a modified version of Ford’s 5.0L V8 Coyote engine with 500 horsepower, making it the most track-capable street-legal Mustang to feature that particular engine. It features sinister exterior styling that makes it look as aggressive as it really is, with bold, black graphic surrounds cradling darkened LED headlights. It has a unique lower bumper with “fangs,” along with lower side skirts and a fixed rear wing, a race-inspired diffuser, and blacked-out quad-exhaust tips. Speaking of exhaust, the Dark Horse sounds pretty damn good. 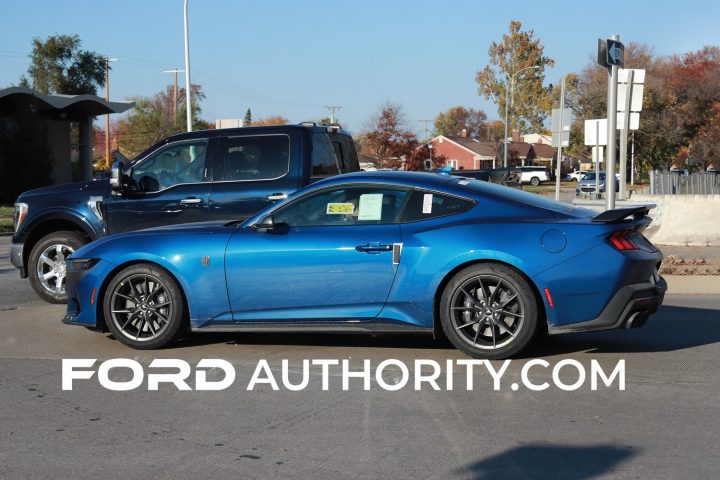 The 2024 Ford Mustang Dark Horse also features a new set of pony badges that depict a stallion coming toward the viewer, marking the first time a Mustang has worn a forward-facing horse emblem. This badge can be found on the fenders, trunk and door sills, but retains the iconic running horse badge out front. All that race-ready goodness will not be squandered for the street, however. The Dark Horse represents the start of a new motorsports push for The Blue Oval. 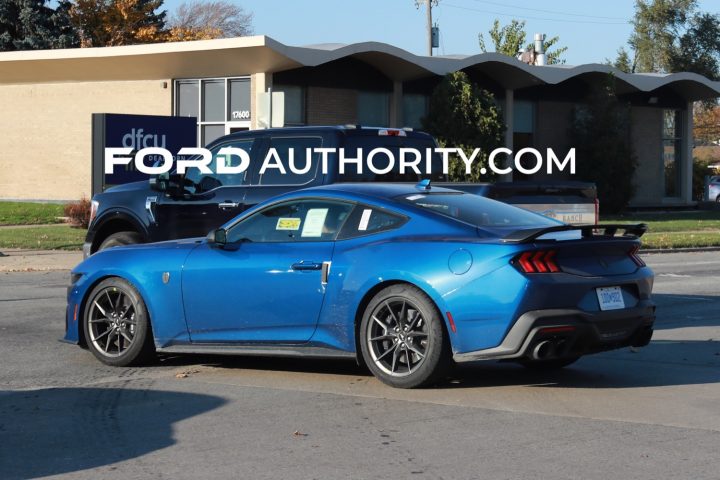 While the 2024 Ford Mustang does share some mechanical components with the outgoing sixth-generation model, it’s far more than just a simple refresh and represents an entirely new era in Mustang history. It’s also important to note that the “Dark Horse” moniker has nothing to do with the vehicle’s color, but is rather a reference to an old idiom that references a competitor about which little is known. 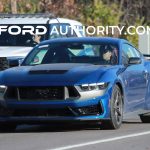 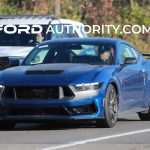 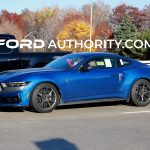 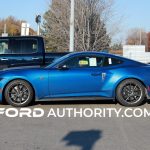 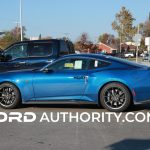 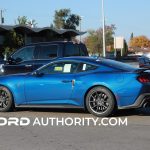