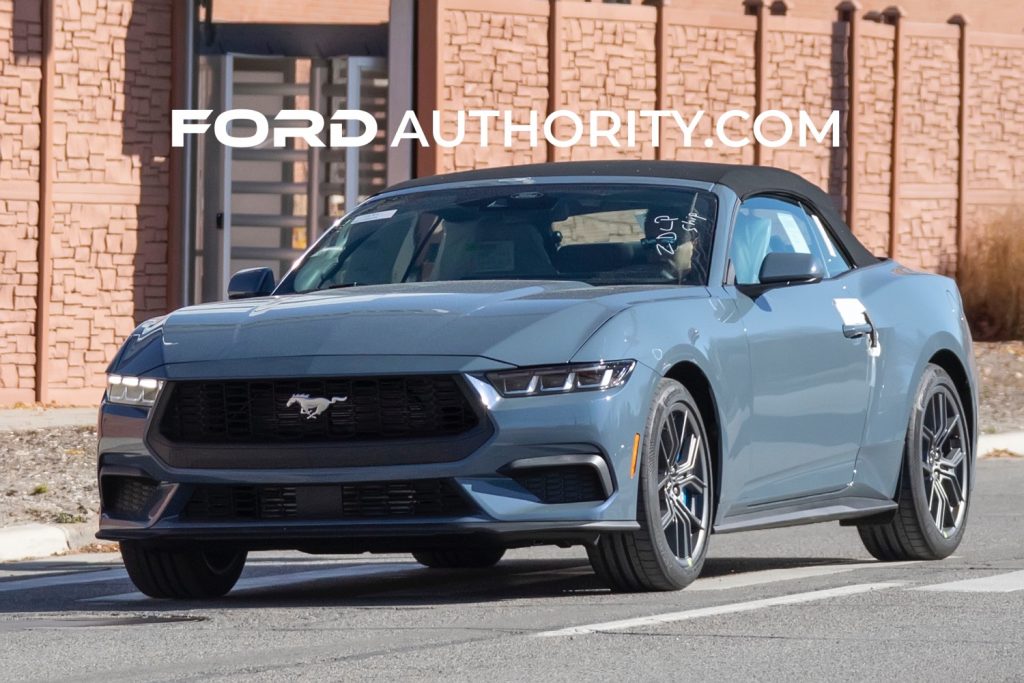 The all-new, 2024 Ford Mustang was revealed back in September following great anticipation, ushering in the next generation of the iconic pony car. While the Ford 5.0L V8 Coyote powered GT and Dark Horse have thus far garnered much of the attention, models powered by the Ford 2.3L I-4 EcoBoost will undoubtedly be volume sellers, as has historically been the case. For those looking to purchase a four-cylinder-equipped S650, Ford Authority recently spotted this 2024 Ford Mustang EcoBoost convertible driving around draped in Vapor Blue paint, shortly after coming across a base EcoBoost model and the more performance-oriented Dark Horse. 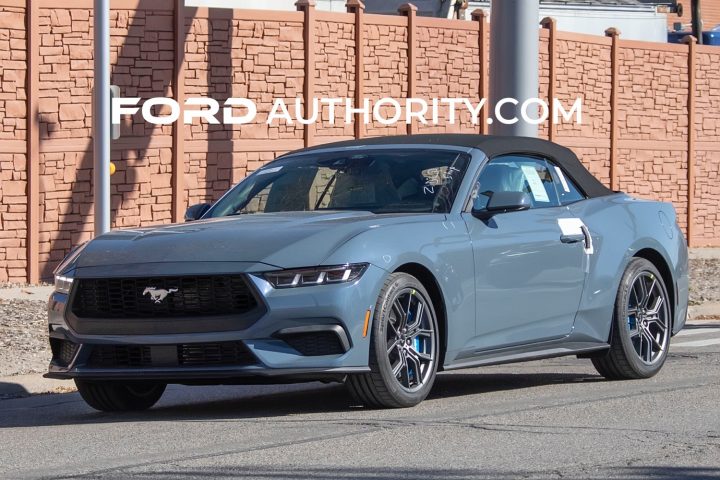 This 2024 Ford Mustang EcoBoost convertible gives us a good look at the new front end design present on the entry-level pony car, which features a distinctive styling treatment compared to the GT and Dark Horse. While sharper and more modern overall, the S650 also incorporates plenty of heritage elements as well, including the upper grille, which was inspired by the first-gen cars from the 1960s, as well as the familiar tri-bar LED headlights. 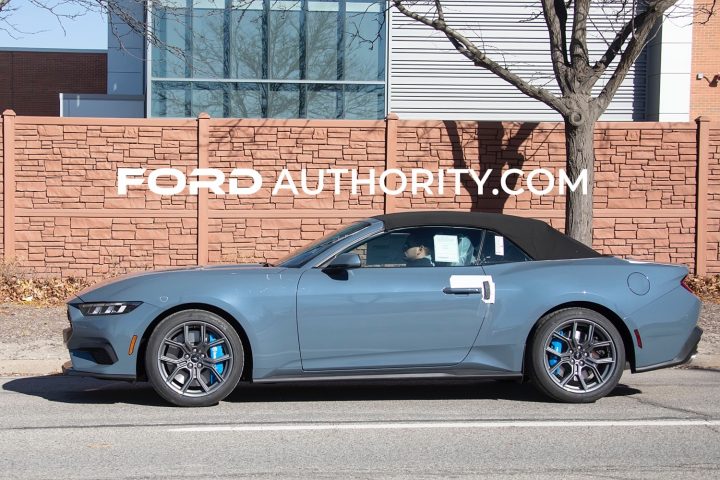 Moving down the side, we get a better look at the next-gen Mustang’s long hood and short rear decklid, a signature styling cue that also hearkens back to the model’s origins. This particular pony car is also equipped with the Performance Pack, as we can see from the Grabber Blue-painted brake calipers. There’s also an additional caliper on the rear wheel for the electronic drift brake feature. Out back, tri-bar LED taillights and a revised rear decklid round out the styling changes. It may look similar to the outgoing S550-gen Mustang, but the S650 is far more than a simple refresh, as Ford Authority recently reported. 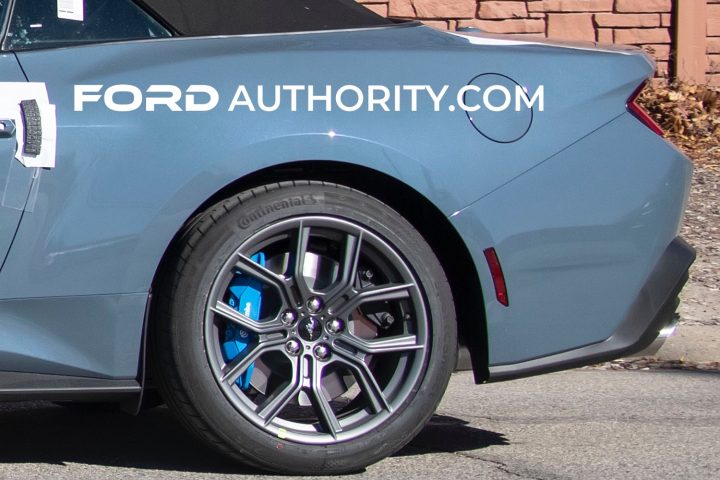 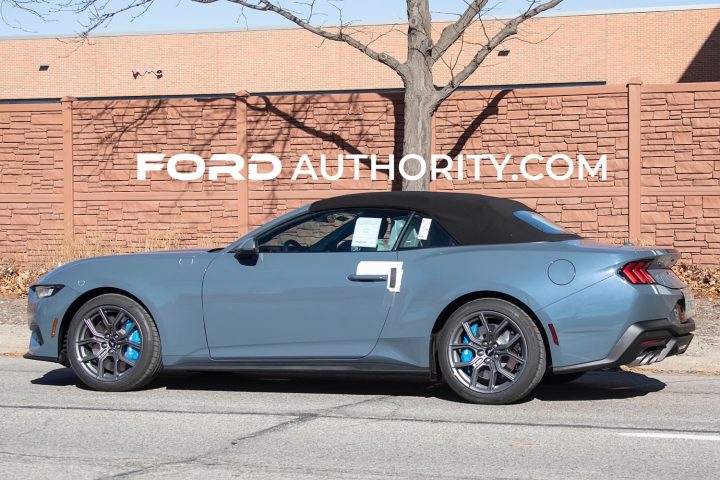 In terms of powerplants, the 2024 Mustang debuts a new version of the 2.3L EcoBoost engine equipped with the new Modular Power Cylinder (MPC) Engine Architecture, a new twin scroll low-inertia turbocharger, a dual fuel system, port fuel injection, and 350 bar direct injection for improved performance, fuel efficiency, and reduced carbon emissions. However, EcoBoost models are only available with the 10-speed automatic transmission, as the six-speed manual has been dropped from the lineup. 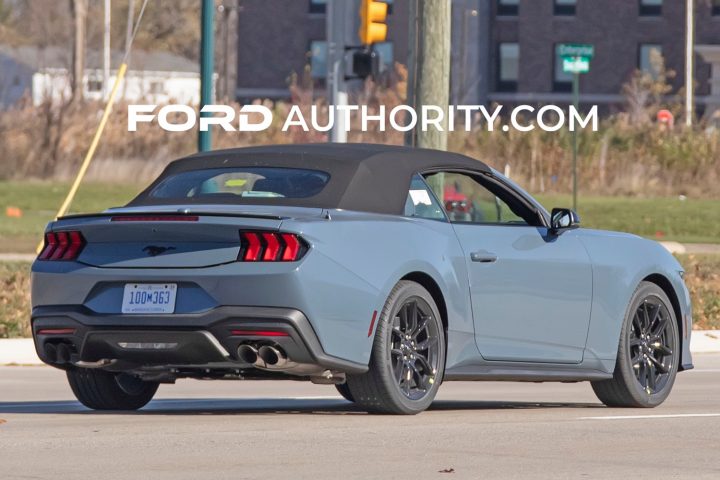 Regardless of which engine buyers opt for, the 2024 Mustang will prove more difficult for third-party companies to tune due to the presence of Ford’s Fully-Networked Vehicle (FNV) electrical architecture, which brings various benefits like over-the-air updates and much-needed cybersecurity to the iconic pony car, but it also largely locks down the vehicle from being tuned as well. 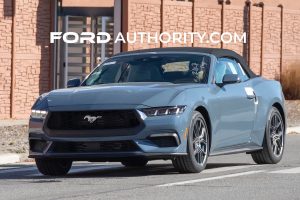 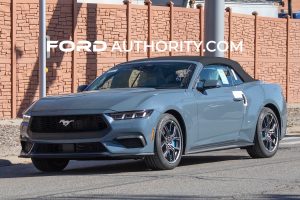 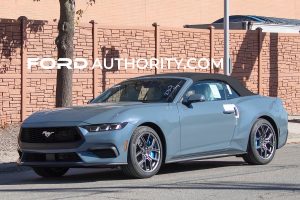 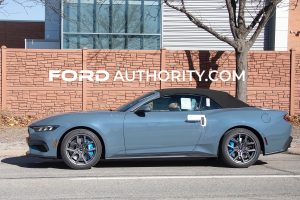 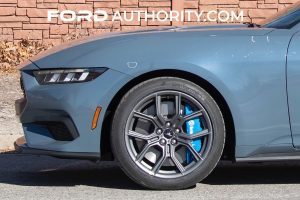 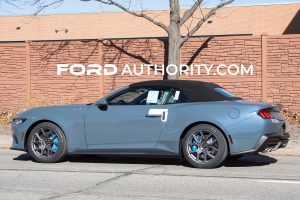 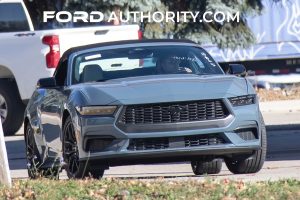 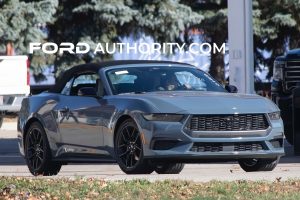 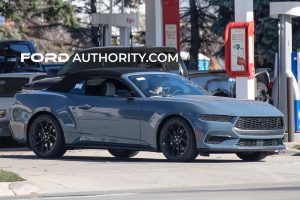 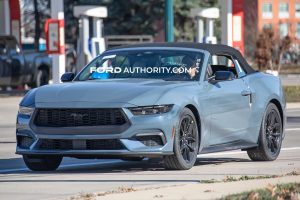 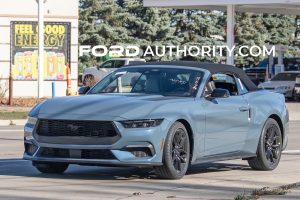 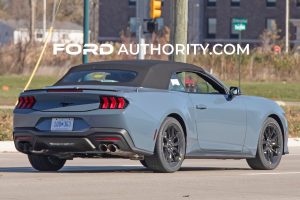