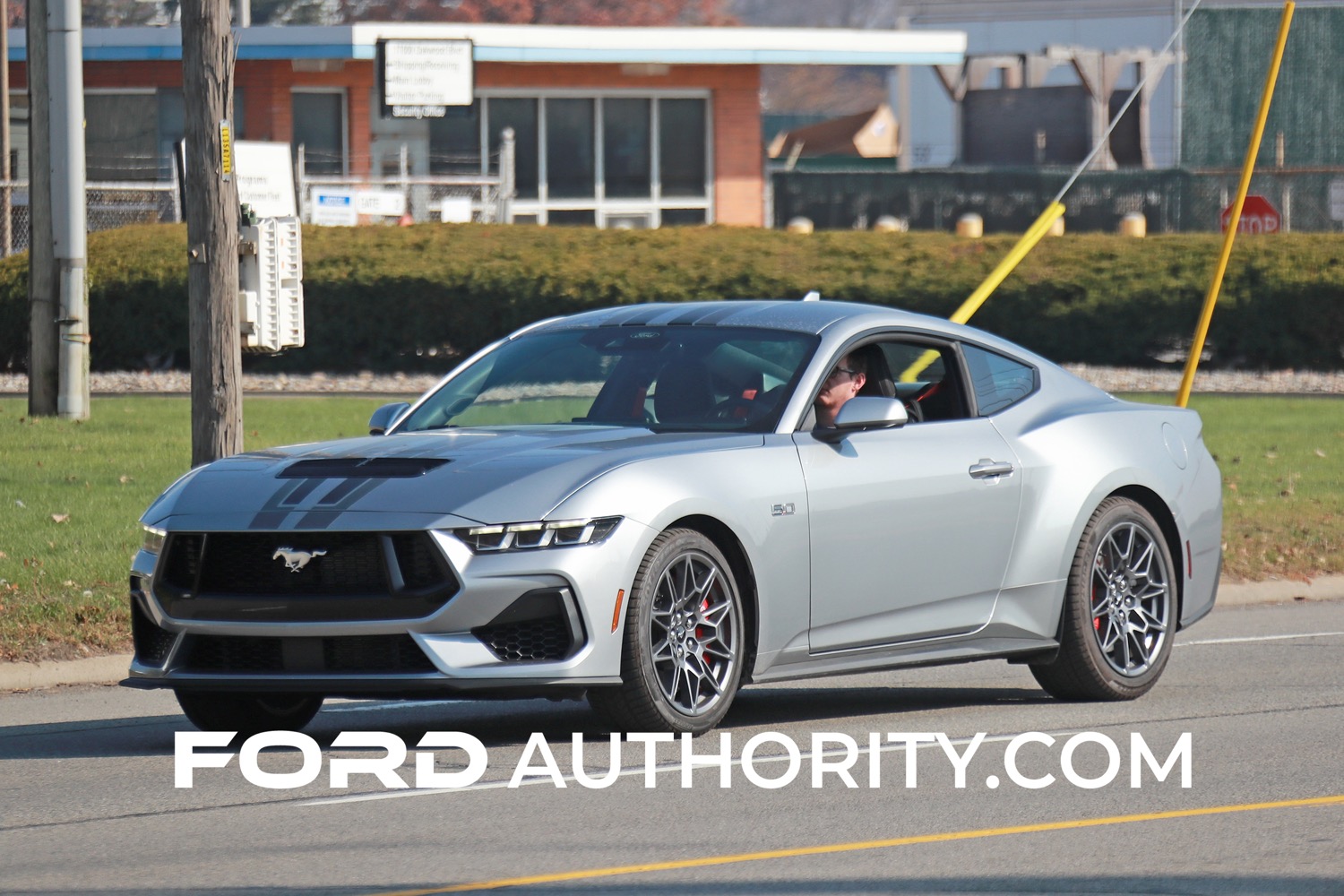 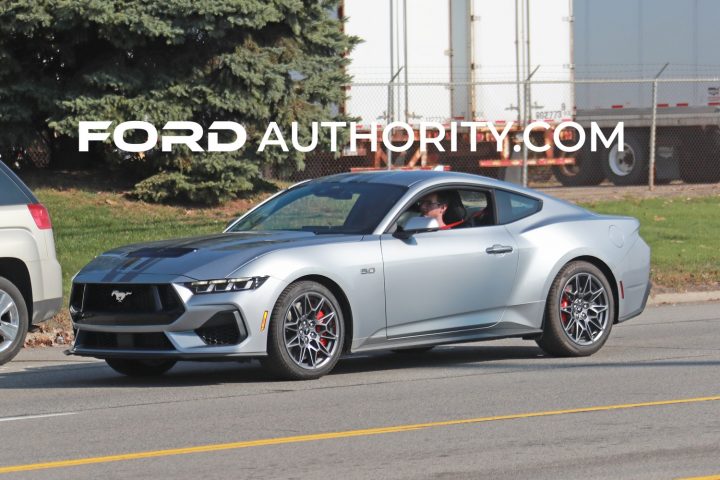 This 2024 Ford Mustang GT Performance Pack is equipped with a host of upgrades when compared to the regular GT model – most notably, its 390-millimeter front and 355-millimeter rear Brembo brakes with red calipers, brake ducts, an auxiliary engine oil cooler, and wider, unique wheels and tires. The Performance Pack also adds a front tower brace and a Torsen limited-slip differential, while the MagneRide active suspension, active exhaust, and Recaro seats are available as optional upgrades. 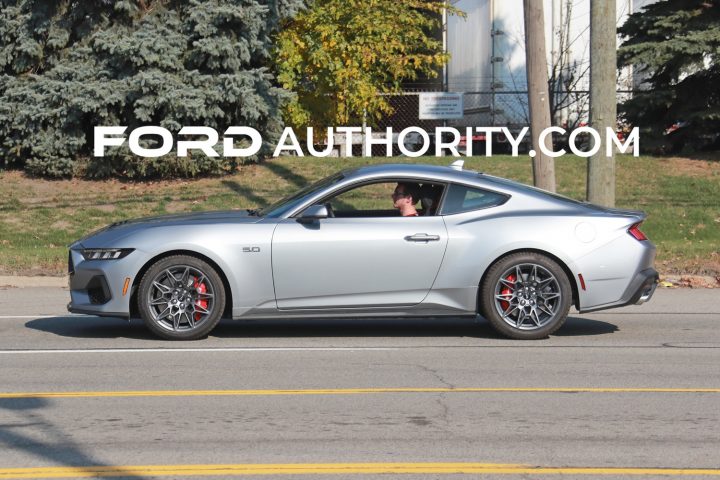 As we can see from this model and the EcoBoost Performance Pack spotted earlier this week, it and the GT differ in terms of its exterior design, with the latter featuring larger, more aggressive grille openings that are engineered to increase airflow, as well as new hood vents and a redesigned front splitter. A grand total of 11 exterior color options are available, as well as new stripe colors and designs, and customers can choose from three Brembo brake caliper color options – black, red, and Grabber Blue, along with alloy wheels ranging in size from 17 inches to 20 inches. This particular example is finished in silver with stripes that span the top of the coupe, from front to back. 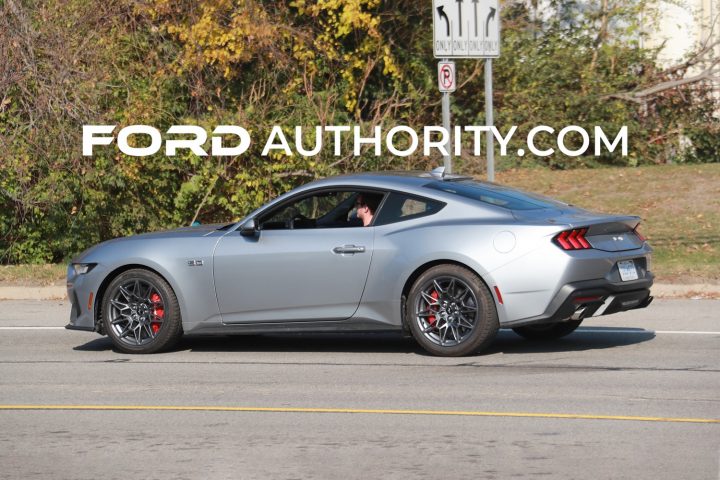 While the base models come equipped with a brand new version of the turbocharged Ford 2.3L I-4 EcoBoost powerplant, the S650 version isn’t available with a six-speed manual transmission, as that gearbox has been reserved for V8-powered models. Ford hasn’t yet released power figures for either new engine, but as Ford Authority exclusively reported earlier this week, the GT’s naturally-aspirated Ford 5.0L V8 Coyote will generate the same 450 horsepower as the current S550 model. 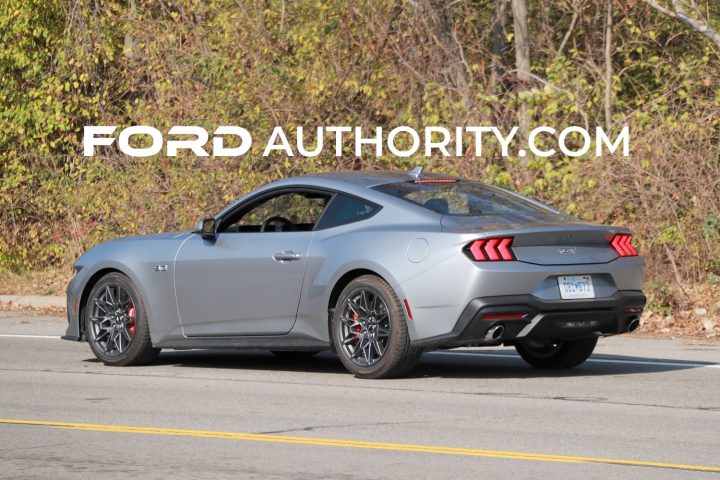 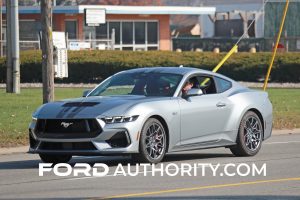 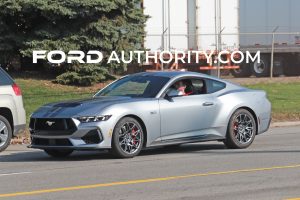 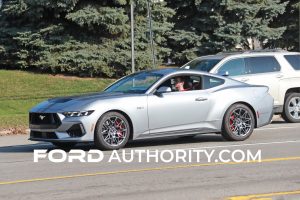 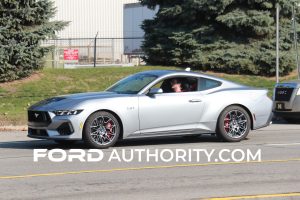 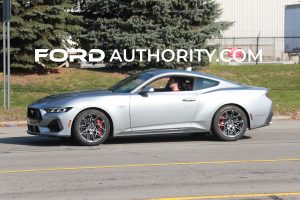 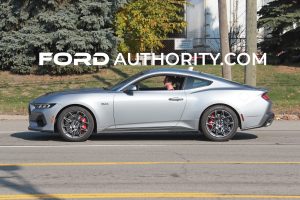 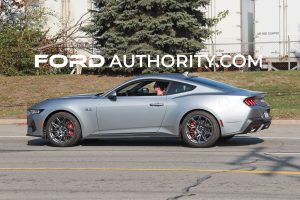 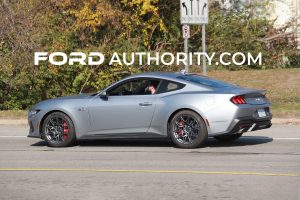 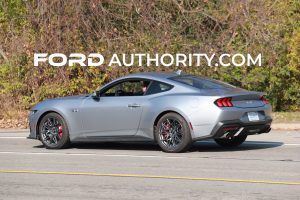 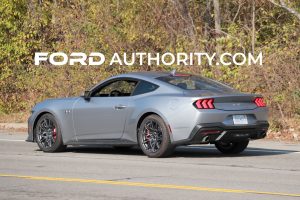