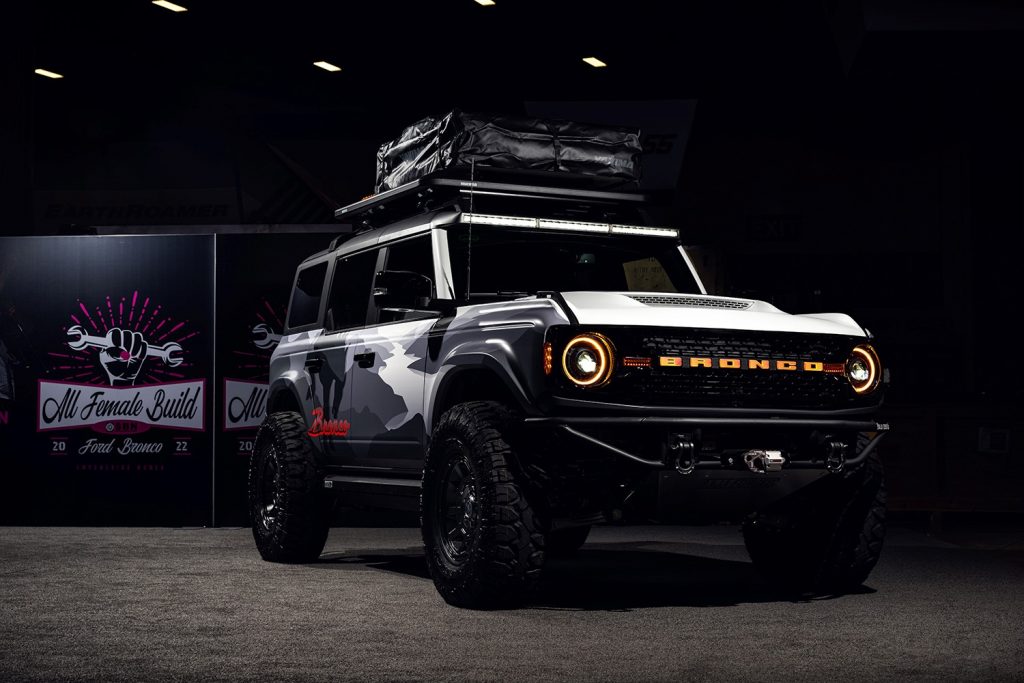 A few days ago, the SEMA Busineswomen’s Network (SBN) previewed a Ford Bronco Wildtrack built entirely by a team of women. This Ford Bronco was donated by The Blue Oval directly to SBN for off-road customization. The built was completed just before SEMA 2022, where it was finally revealed to the public. 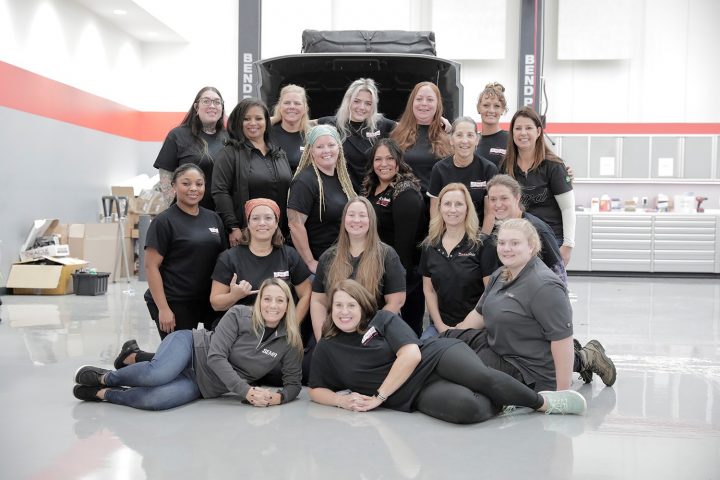 Over 125 female volunteers spent well over 5,000 hours preparing this ultimate off-road Ford Bronco build. It rides on an ICON Vehicle Dynamics Stage 8 suspension, and rolls on a set of 17×8.5-inch ICON Alloy Thrust satin black wheels coupled with 37-inch Milestar Patagonia M/T-02 tires. It features a unique illuminated Bronco grille and a custom wrap by Terra Strada Design with a graphic set composed by Monika Kalenski, whose work was chosen by popular vote on social media. Oracle headlights light the way, while the rear seat was deleted to make way for a small kitchen with a Ford Performance 50-quart Classic Series fridge/freezer by ARB. 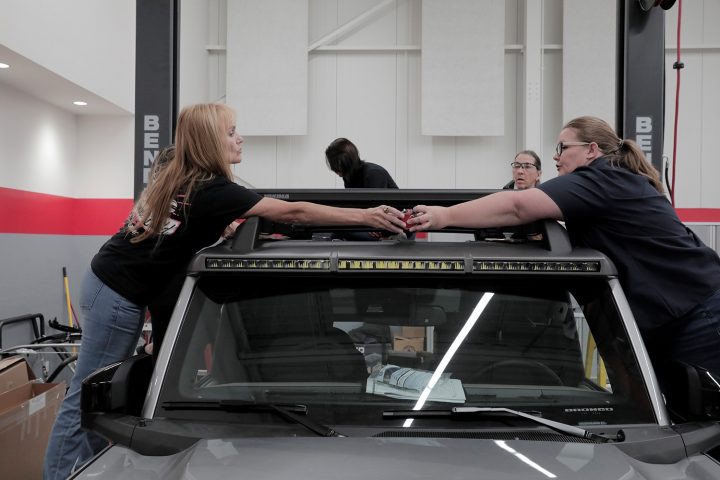 Under the hood, this Ford Bronco features the Ford 2.7L V6 EcoBoost engine, which is mated to the automaker’s 10-speed automatic transmission. It gets a bit more pep from a Ford Performance EcoBoost Power Pack performance calibration, along with a Turbosmart Kompact EM Plum-Back Valve, aFe Power Momentum GT Cold Air Intake and an AWE Tuning cat-back exhaust system.

“To me, this wasn’t about trying to prove that women are capable,” said Volunteer Team Lead, Haley Keelin “We already know we are capable. This was about changing the way the world perceives our capabilities and showcasing what all these amazing women can do. I’m so proud to share this build with everyone at SEMA and to showcase what we all built together.” 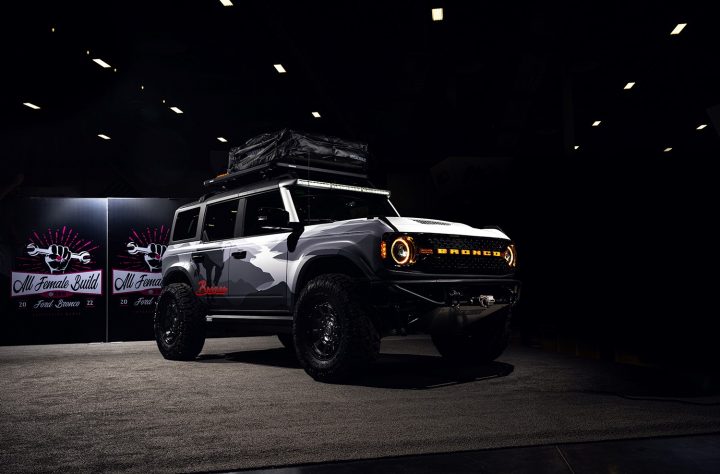 The all-female Bronco build is certainly not the only aftermarket Ford build on display at SEMA. In fact, it’s joined by quite a few others, including a 2022 Ford Mustang Mach-E GT by Tucci Hot Rods, a Ford Bronco Sport by Yamika and Hypertech and many more.

We’ll have more on this unique build soon. Until then, subscribe to Ford Authority for more Ford Bronco news and around-the-clock Ford news coverage.