New car shopping is significantly less enjoyable than it was just several years ago, as the pandemic and the ongoing supply chain crisis have deeply impacted the automotive industry. Ford is not immune to any of these changes, and is still struggling to meet demand. In addition to rising costs, the automaker has also largely cut back on incentive spending, as demand continues to vastly outstrip supply. As Ford Authority previously reported, the average transaction price of a vehicle wearing the Blue Oval somehow declined in September in what was apparently a momentary aberration. That’s because Kelley Blue Book recently released its monthly ATP report for October 2022, which showed that prices for Ford branded vehicles increased by three percent on average last month. Average transaction pricing for Blue Oval branded vehicles increase 2.8 percent in October to $53,966. Compared to October 2021, that’s a nearly seven percent increase, as the ATP that month totaled $50,583. Both figures significantly outpaced the industry as a whole, as ATP across all brands increased by just 0.2 percent last month and are up about four percent from October 2021. The average price paid for a new vehicle in October 2022 was $48,281. 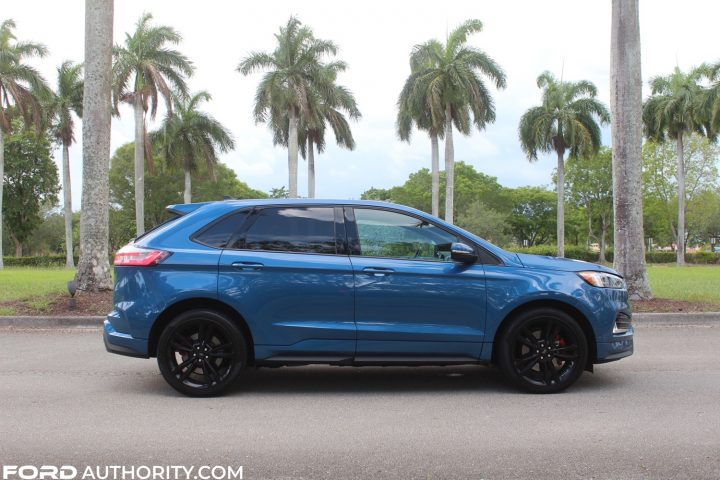 “The sales and transaction data from October clearly indicates that there are plenty of flush-with-cash buyers with strong credit still in the market and paying top dollar for new vehicles,” said Rebecca Rydzewski, research manager of economic and industry insights for Cox Automotive. “Automakers and dealers continue to hold back on incentives as well. In all, inventory is improving, but prices remain stubbornly high.”

We’ll have more on new vehicle pricing soon, so subscribe to Ford Authority for the latest Ford news updates.