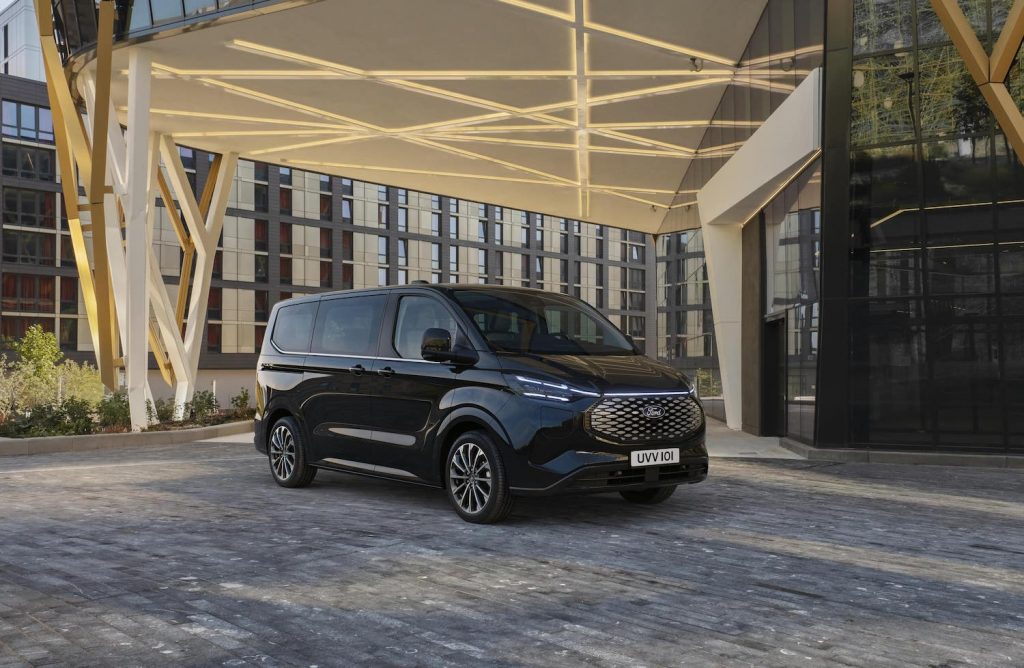 Following the launch of the Ford E-Transit, The Blue Oval is moving quickly to maintain its stranglehold on the EV van market with a variety of new offerings. That includes the recently-revealed E-Transit Custom, and now, the all-new Ford E-Tourneo Custom, which has just been unveiled. But while the E-Transit and E-Transit Custom are geared more toward fleet customers, the E-Tourneo Custom is a luxurious offering that’s designed to appeal to both personal and business customers. 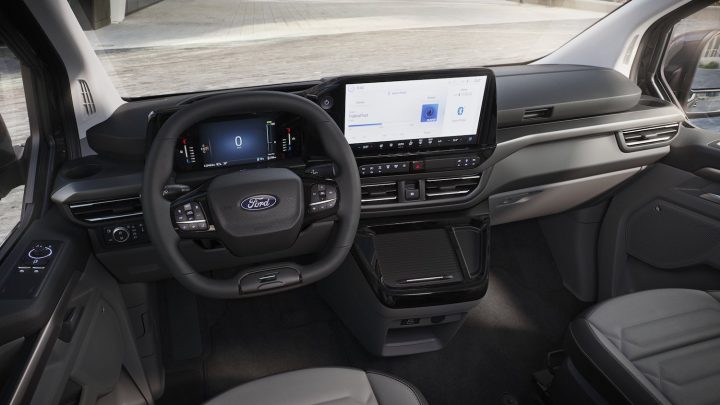 Ford plans to electrify its entire European lineup by 2030 or sooner, a move that includes the launch of seven new all-electric models in that region by 2024 – a Ford Puma EV, a pair of crossovers built on Volkswagen’s MEB platform, the E-Transit Custom, a Transit Courier van, and Tourneo Courier multi-purpose vehicle. The latest addition to that group, however, is the new Ford E-Tourneo Custom.

The Ford E-Tourneo Custom utilizes a 74 kWh with the same battery cell technology as the Ford F-150 Lightning, which powers a 160 kW electric motor to delivery up to 370 kilometers (230 miles) of range. It also features an 11 kW AC three-phase charger that can take the battery from 15-80 percent in 41 minutes using a 125 kW DC fast charger, or eight hours for a full recharge. Max payload comes in at 2,000 kilograms (1,243 pounds), and Pro Power Onboard provides 2.3 kW of portable power, too. 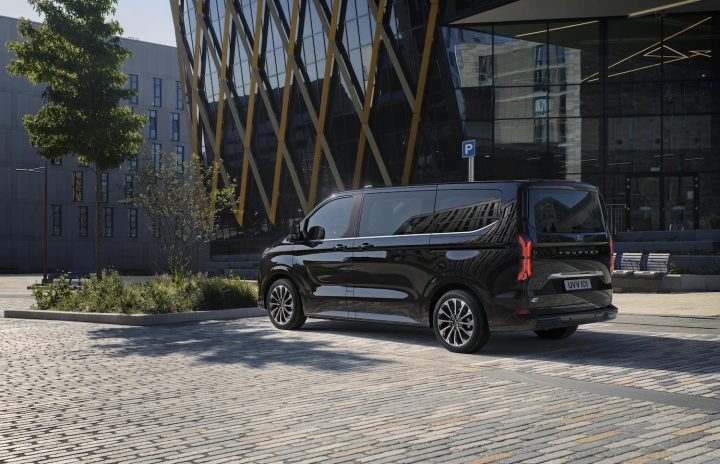 Active, Sport, and Titanium X trims, along with both standard and long-wheelbase variants are available with seating for eight, while the cabin itself is awash with features including tri-zone electronic air temperature control, a 14-speaker B&O sound system, ambient lighting, a wireless charging pad, heated outboard second-row seats, a new Digital Key system, a digital instrument cluster, and a 13-inch touchscreen running SYNC 4.

The all-new Ford E-Tourneo Custom – along with diesel and PHEV-powered variants – will be built at the Ford Otosan Assembly plant in Turkey, with deliveries beginning in mid-2023 for European customers.

We’ll have more on the new E-Tourneo Custom soon, so be sure and subscribe to Ford Authority for the latest Ford Transit news and ongoing Ford news coverage.