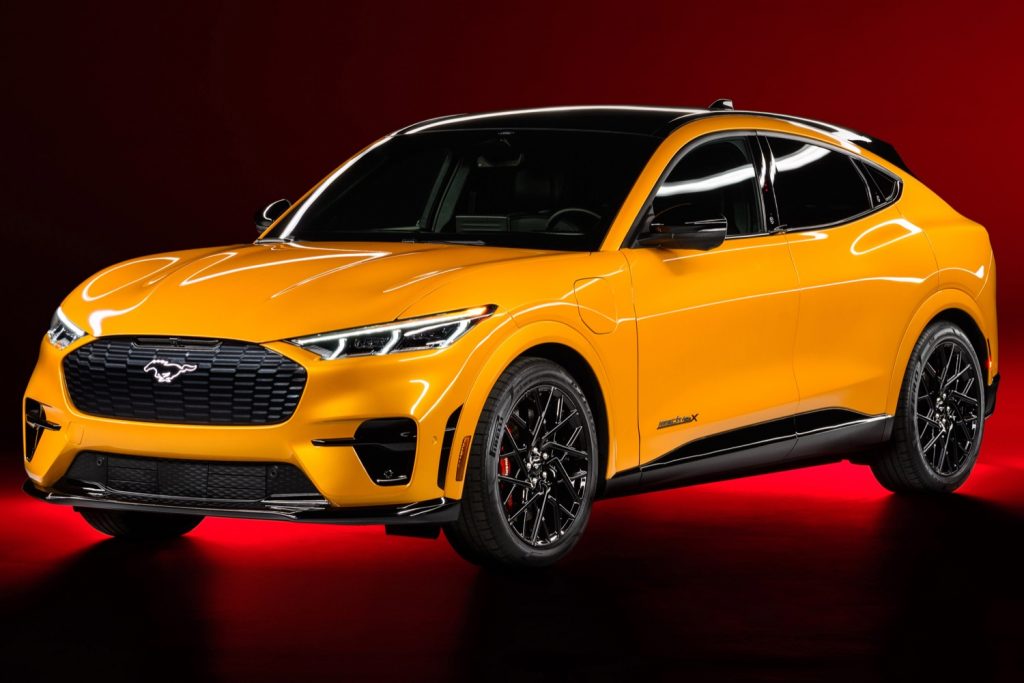 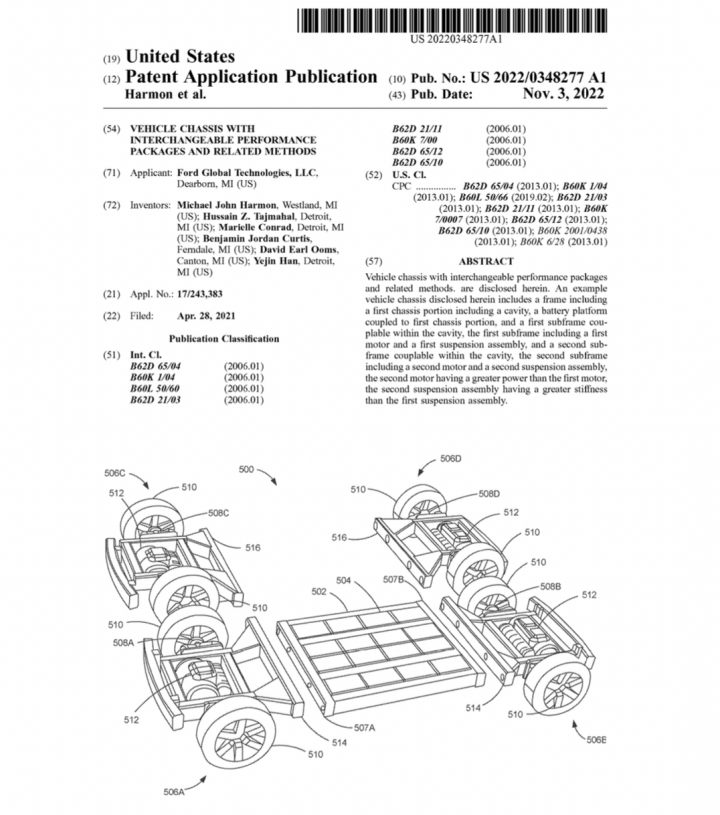 While Ford dove headfirst into the EV world by rolling out a trio of all-electric models in the past couple of years, far bigger things are on the horizon. The automaker plans to focus on electrifying its “icons” and commercial vehicles first, which will ride on dedicated platforms that will make them more profitable than existing first-gen models and aim to be “insanely great” with distinctive styling. At the same time, those vehicles won’t simply be electrified versions of existing models, and will place a greater emphasis on things like aerodynamics to improve efficiency. But that doesn’t mean that The Blue Oval isn’t also eyeing performance upgrades for future Ford EVs, as this new patent reveals. This Ford patent outlines a variety of ways that future Ford EVs could utilize interchangeable performance packages, which could be purchased and swapped out much the same way ICE vehicles are upgraded in that manner. The key here is that the platforms these vehicles ride on are designed from the outset to be modular, with suspension systems, motors, and other components that can easily and quickly be changed out as desired. 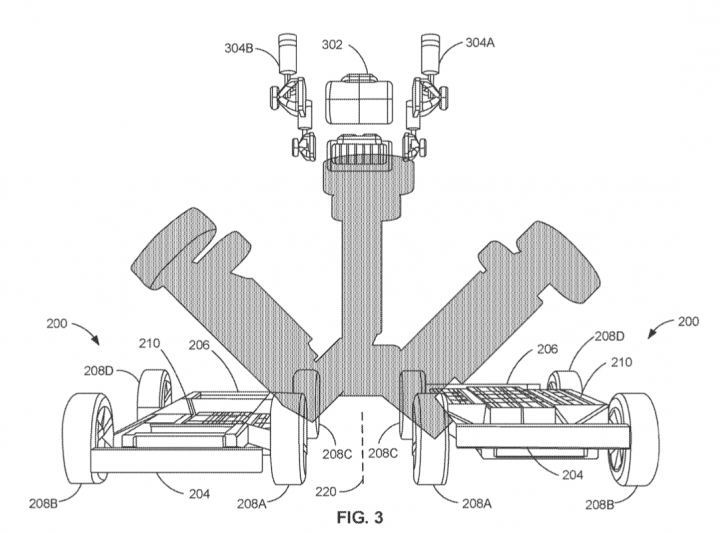 It’s unclear if this patent pertains specifically to Ford’s own manufacturing processes or if it’s something that consumers will be able to purchase and have installed after the fact, but the possibilities here are rather enticing. Many are rightfully concerned that the dawn of the EV era will spell the end of modifying, customizing, and simply hot rodding in general, but that may not be the case, after all.