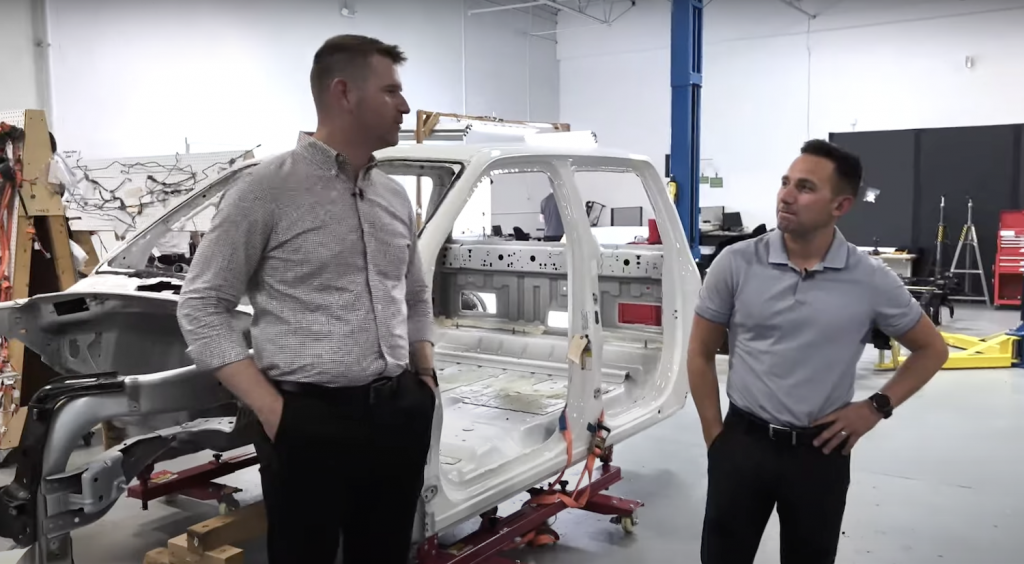 After tearing down a Ford Mustang Mach-E and analyzing all of its various components from an engineer’s point of view, YouTuber Sandy Munro recently turned his attention to the Ford F-150 Lightning, which his team is slowly disassembling and pouring over in great detail. Thus far, Munro & Associates have analyzed the EV pickup’s frunk, chassis, and thermal system, and now, the crew is back with an in-depth look at the body-in-white (BIW) of the Ford F-150 Lightning. 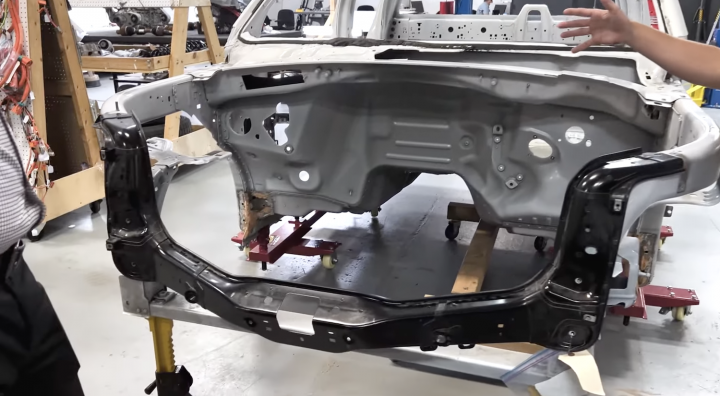 In this case, the Munro team is mostly focused on the cab of the Ford F-150 Lightning, which in this case is stripped bare – hence the “body-in-white” description. Interestingly, there are several differences between the cab used for the Lightning and the one present on its ICE counterpart, starting up front with the EV’s steel beam in place of the magnesium unit used in its gas-powered brethren. According to the engineers, this change is likely due to the Lightning’s frunk and its ability to carry heavy loads of cargo. 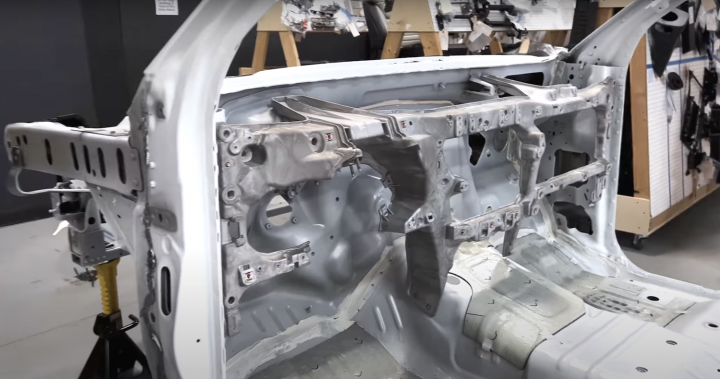 Most everything else up front is identical to the ICE F-150, however, including indentations for the engine, transmission, and other mechanical components that aren’t present in the Lightning. However, this was done in an effort to get the Lightning to market more quickly, as those parts are already in production and have already been validated. It’s worth noting that the next-gen version of the EV pickup will be much more unique, however, and will also ride on its own dedicated platform.

The same holds true for the cab design, which is identical to the ICE F-150, and in this case, that’s a good thing. As the engineers point out, Ford is able to amortize the costs of producing these cabs across a very high volume of production, which in turn lowers costs. Overall, it’s clear that the Ford F-150 Lightning is an exercise in the smart disbursement of development dollars, for all of these very reasons.

Engineers Are Working On Ford Mustang Mach-E Development From Home

Rivian Is Slurping Up Engineers From Ford, Tesla, And Others