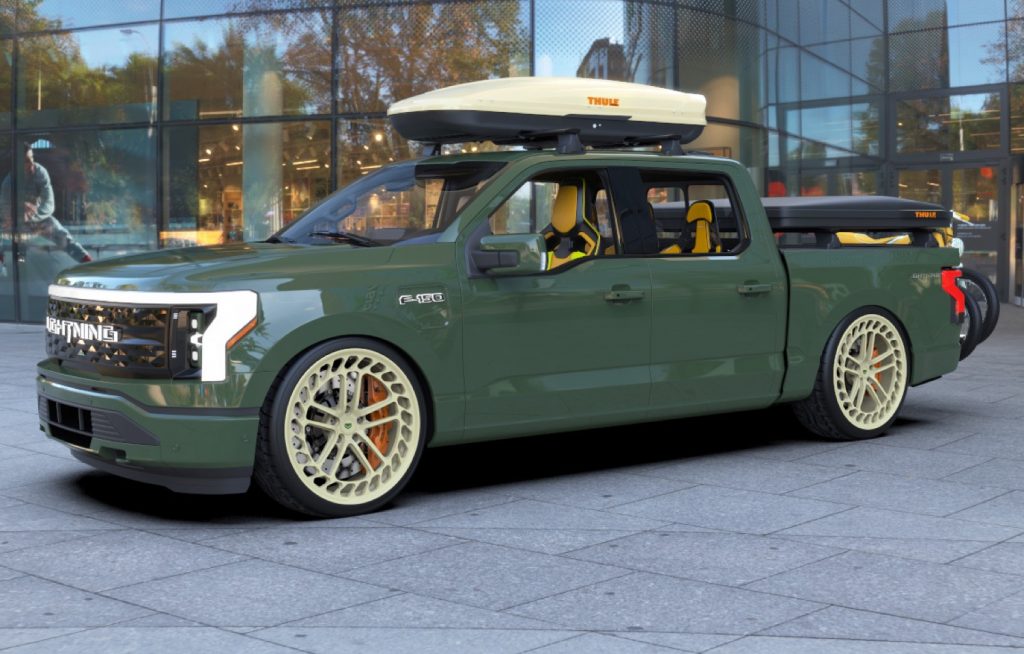 Ford highlighted a number of aftermarket builds of its products at SEMA 2022, despite the fact that the automaker itself didn’t attend the show. There were several unique Ford Bronco builds on display, along with a work-ready Ford Maverick and a Ford F-150 Lightning kitted out to help off-road racers on the course. Another variant of the EV pickup, the Tjin Edition F-150 Lightning Swiss Army Knife, made an appearance to show off its myriad abilities.

This particular F-150 Lightning SuperCrew Lariat was built by Tjin Edition and Thule, who dubbed it a jack-of-all-trades, ready to take on any environment with confidence. It features solar charging capabilities, along with a portable air compressor and built-in refrigerator. It even has a console vault for keeping objects secure, and features comfortable Recaro seats in the front along with plenty of Thule cargo accessories for ease of storage.

All of this makes it the ideal vehicle for a weekend getaway or a tailgating outing with friends and family. Out back, this Ford F-150 Lightning build even includes a pair of Super73 e-bikes that are ready to roll at a moment’s notice. As far as power goes, the vehicle is moved by an Extended Range battery, which is good for approximately 300 miles on a single charge. 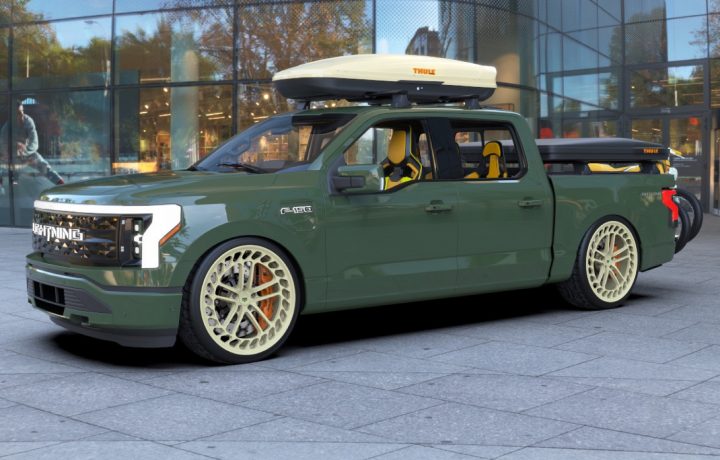 The Ford F-150 Lightning is still relatively new to the aftermarket and tuning scene, but electric vehicles are becoming more and more popular among vehicle customizers. In fact, Tjin Edition took a Ford Mustang Mach-E to SEMA 2021, turning it into the ultimate beach cruiser. Dubbed the California Route 1, this vehicle also included a pair of e-bikes for those who wished to ditch the large vehicle for something a little smaller and maneuverable.

Tjin Edition Ford Ranger Is For On-Road, Not Off