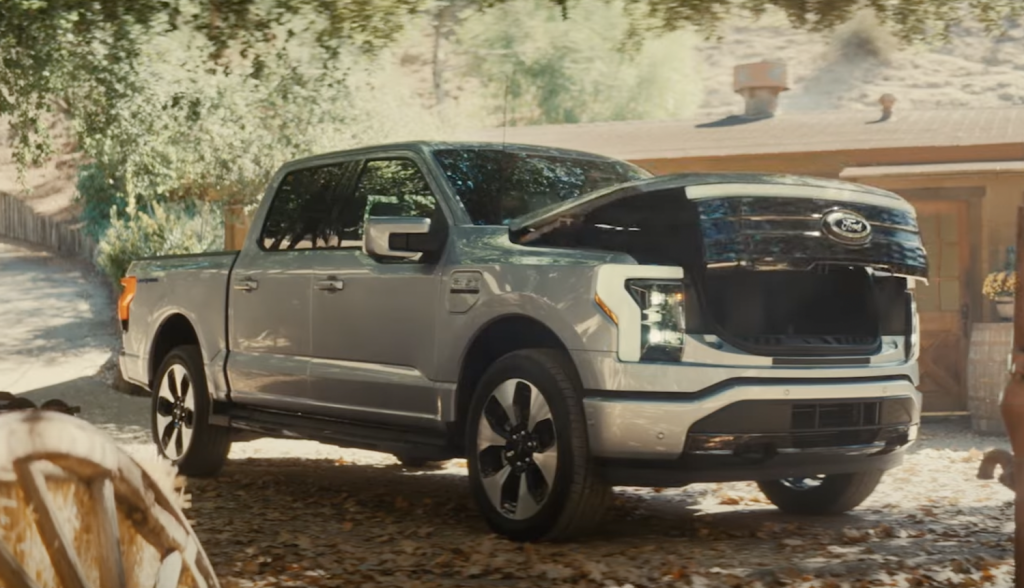 Without its own proprietary charging network, Ford is leaning on third-party companies to fulfill its customers’ charging needs, and one of the biggest providers in that regard is Electrify America. In fact, Ford F-150 Lightning owners get 250 kilowatt-hours of free charging at Electrify America stations through the FordPass Rewards program, which is equivalent to 575 miles of range or nearly three “fill-ups” for pickups equipped with the standard range battery. Now, shortly after outlining a quality pledge and debuting a new charger naming scheme, Electrify America has launched a new marketing campaign dubbed “As Seen on EV,” which stars the Ford F-150 Lightning. 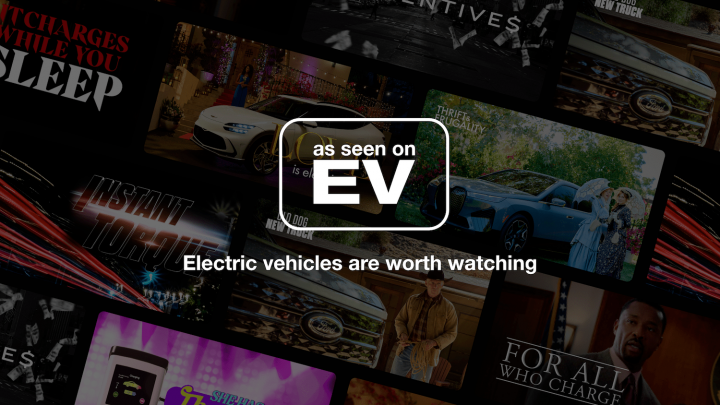 In this particular spot dubbed “Old Dog New Truck,” the Ford F-150 Lightning has an admirer in the form of a cowboy, who says “your pops was like a brother to me, but just because you say you got the range I need doesn’t mean you can…” At that point, the actor is interrupted when the Lightning’s frunk pops open, and he says “welcome home, son.”

The purpose of the “As Seen on EV” ad campaign is to educate and shift common misconceptions regarding all-electric vehicle ownership such as driving range and charging access while also highlighting the positive attributes of living with an EV on a daily basis. The campaign does that by starring the vehicles themselves while also showcasing the benefits that each has to offer. Currently, three ads have been released, though more are planned to roll out in the coming weeks.

“Just as streaming TV redefined how people watch television, EVs are redefining transportation,” said Misti Murphey, director of Brand Strategy & Integrated Marketing at Electrify America. “The ‘As Seen on EV’ campaign allows us to meet consumers where they are – in the now familiar medium of streaming TV – to build consumer confidence about EVs.”