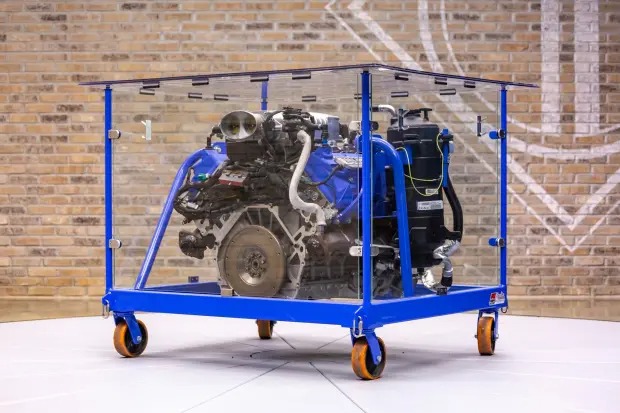 Stumbling across a 2005-2006 Ford GT up for sale or auction isn’t a terribly rare occurrence, and some notable examples have popped up from time to time. For example, a 2006 Ford GT Heritage autographed by Carroll Shelby himself was auctioned off in September 2022, putting a serious piece of Blue Oval history in the hands of a new owner. Now, another interesting bit of Ford culture is up for grabs on Bring a Trailer – but this time, it’s a supercharged 5.4L V8 engine encased not in a Ford GT, but in a movable glass display. 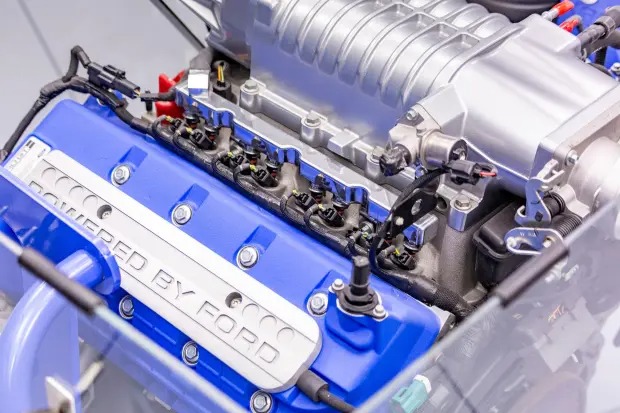 The engine, which is representative of the powerhouse found under the hoods of the 2005-2006 Ford GT, was mounted on a rolling display stand in 2017 when it was acquired by the selling party. It has never been installed in a vehicle or run, and features a supercharger, oil tank, alternator, air conditioning compressor, flywheel and accessory belt. Its block is composed of aluminum, as are its cylinder heads and pistons. Its Lysholm screw-type supercharger, dry-sump lubrication system and water-to-air intercooler are designed for high performance. Output is rated at 550 horsepower and 500 pound-feet of torque. This Ford GT powerhouse was built at the Ford Romeo engine assembly plant, and features a signed build plate.

Currently, the engine resides within a movable display stand with plexiglass top and side panels bracketed by blue supports. The top panel is able to be removed to allow easy access to the engine itself. 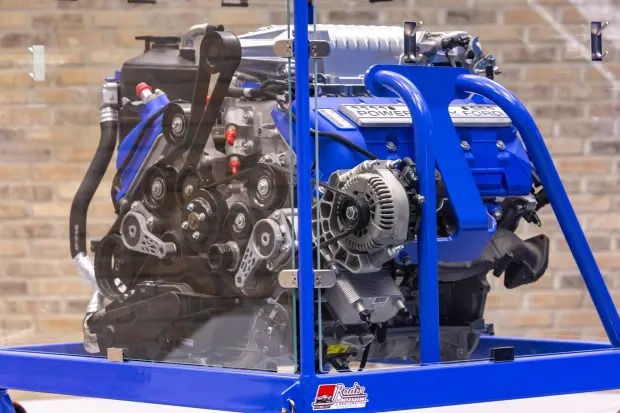 While the Ford GT as we know it featured the aforementioned supercharged 5.4L V8 engine, it was originally supposed to harness a generous V10 powerhouse. Shelby’s plans for the vehicle had it feature 10 cylinders, but unfortunately, Ford ruled that developing the engine would take too long. Thus, it was saddled with a supercharged V8 instead. In any event, bidding is currently at $22,000 with the auction ending on November 17th, 2022.

Want the latest on all things Blue Oval? Be sure to subscribe to Ford Authority for more Ford GT News and around-the-clock Ford news coverage.