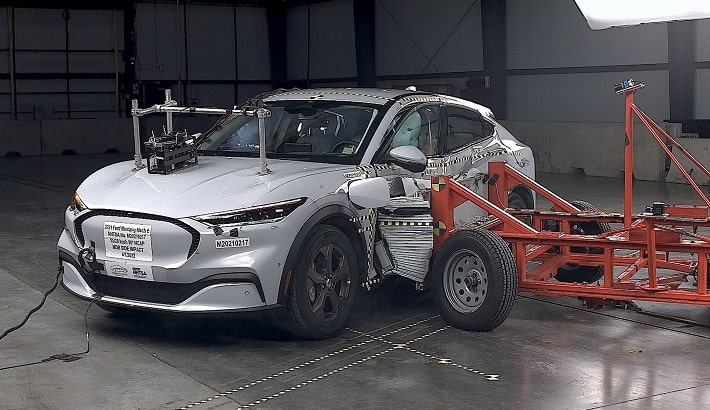 Since its launch, the Ford Mustang Mach-E has received quite a bit of praise for how safe it is, raking in accolades including a Top Safety Pick award from the Insurance Institute for Highway Safety (IIHS), a perfect five stars in both the Euro NCAP and Green NCAP assessments, a “superior” rating from the IIHS for the performance of its automatic emergency braking system at night, and a “good” rating from the IIHS in its updated side crash test. Now, the Ford Mustang Mach-E continues to add to its proverbial trophy case after receiving a perfect five stars from the National Highway Traffic Safety Administration (NHTSA) for its performance in both side impact and rollover crash testing. 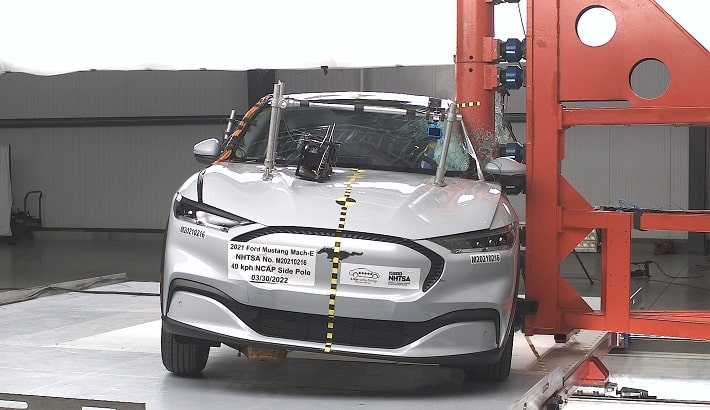 The Ford Mustang Mach-E aced every single category of each test, beginning with the side crash evaluation. There, it earned a perfect score of five stars for front and rear occupants in each category. This includes the Combined Side Barrier and Pole Ratings, which combines the Side Barrier Driver and the Side Pole Star Ratings into a Front Seat rating, while the Rear Seat rating is derived from the Side Barrier Rear Passenger rating.

Finally, the EV crossover scored a perfect five stars in the Rollover Resistance test, which measures the risk of rollover in a single-vehicle, loss-of-control scenario by earning a 9.5 percent rollover risk score. It is worth noting that the NHTSA has yet to test the Mach-E in the front collision category, however.