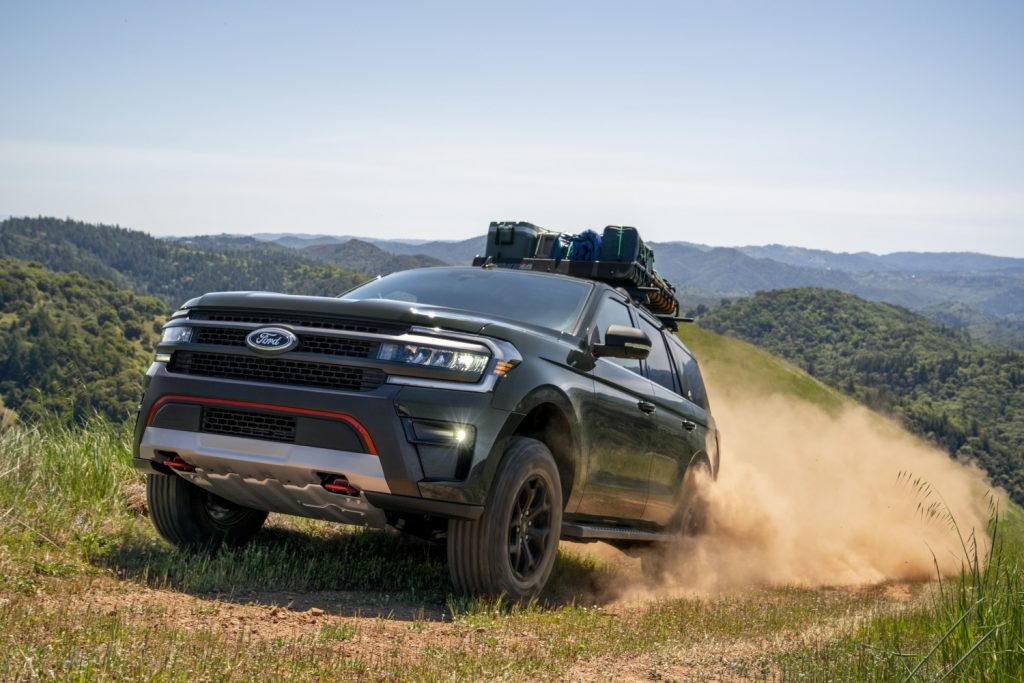 Ford owners have long been quite loyal to the brand as a whole, earning the automaker top honors in IHS Markit’s Overall Loyalty to Make category and enabling it to post the largest increase in brand loyalty in S&P Global’s Top 10 Industry Trends Report from July, while Ford trucks had the highest loyalty rate in the 2022 J.D. Power U.S. Automotive Brand Loyalty Study and the Ford Edge was the top ranked vehicle in the U.S. in terms of brand loyalty in May 2022, according to IHS Markit. Now, new data from S&P Global shows that Ford owners are also among the least likely to be “one and done” car shoppers of any brand. 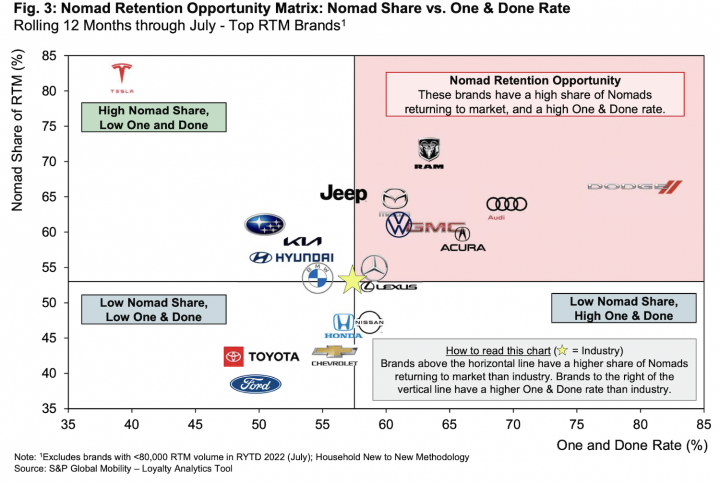 According to S&P Global Mobility loyalty data, there are three distinct customer types in the marketplace – Super Loyalists, Loyalists, and Nomads. Super Loyalists are consumers with a history of multiple repeat purchases and are most likely to repurchase from the same brand. Loyalists are consumers with a repeat purchase, and Nomads show no identifiable loyalty patterns to any brand and are most likely to defect. A Nomadic household who defects an automotive brand with their next purchase is also known as a One & Done.

In that regard, the percentage of One & Done customers has reached its highest rate in 10 years over the current rolling 12 month period, coming in at 57 percent. However, Ford ranks at the bottom of the pack in that regard, as we can see in the chart above, and also touts one of the lowest percentages of Nomad shoppers of any brand.

This is obviously good news for The Blue Oval, though there are some caveats related to this data worth mentioning – chiefly, the fact that while Tesla – a relatively new brand – has an exceptionally high rate of Nomads, it also has a low One & Done rate, which means that its percentage of Nomads will decline over time.