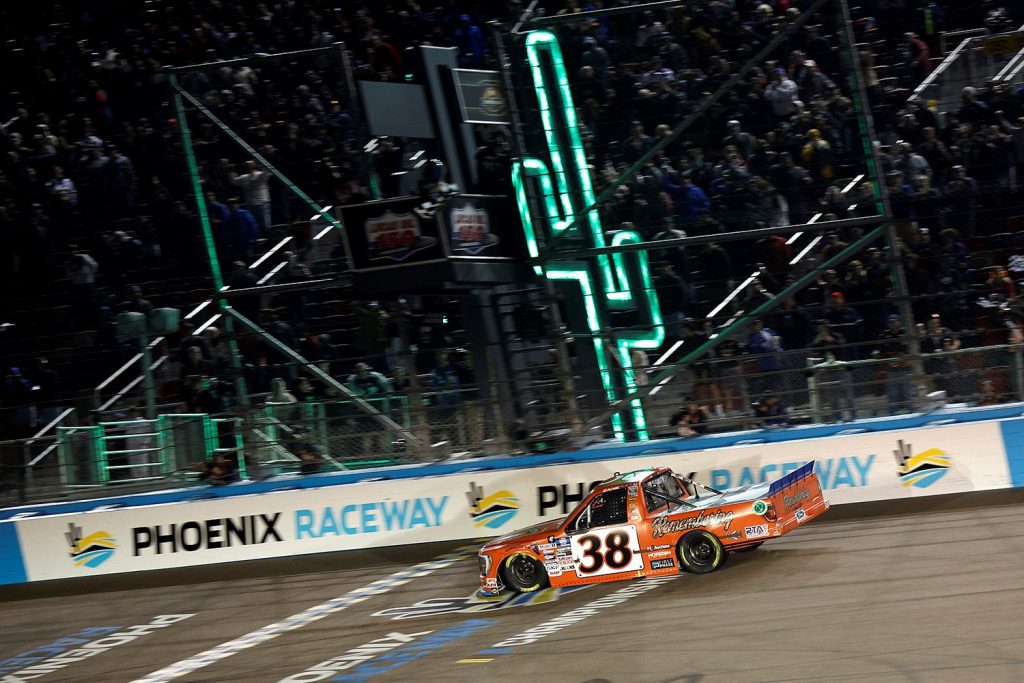 Zane Smith raced his No. 38 Nascar Ford F-150 to his first-ever Truck Series championship in an Overtime finish at Phoenix Raceway on November 4th, 2022.

Smith’s No. 38 F-150 outclassed Ben Rhodes, driver of the No. 99 Toyota Tundra race truck and defending series champion, by a margin of just .236 seconds after an eventful final two laps. Smith put his No. 38 F-150 right behind Rhodes’ No. 99 Tundra on the final restart and was able to claim the lead after diving through the backstretch “dogleg” turn. He was able to keep Rhodes’ No. 99 Toyota and Chandler Smith’s No. 18 Tundra behind him all the way to the checkered flag. 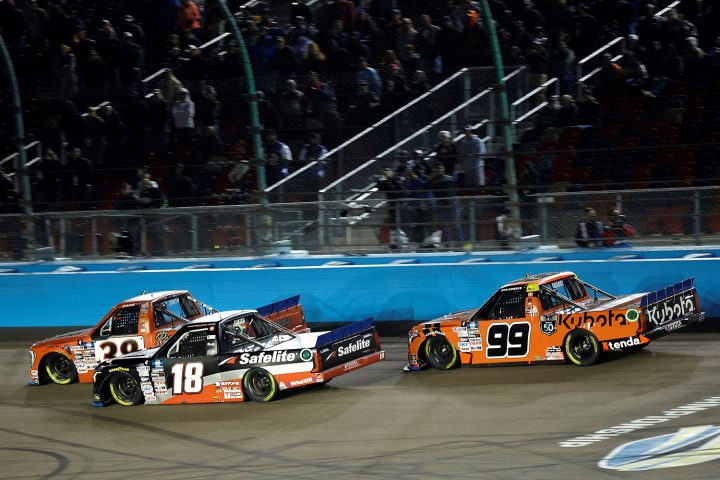 Previously, Smith finished second in the Truck Series championship in 2020 and 2021. “The third time’s the charm,” Smith said, and stated that he had been crying as he wheeled his No. 38 Nascar Ford F-150 around the track for the final circuit. When asked of his mindset in the final Overtime restart, he said his only thought was, “‘I’m going to win this.’ There was no other option. I was either backing it in the fence wrecking, or I was leaving tonight with a championship trophy. There were no other options, and when I saw the 18 [Chandler Smith] get underneath me I was worried that I got him too loose underneath me.” 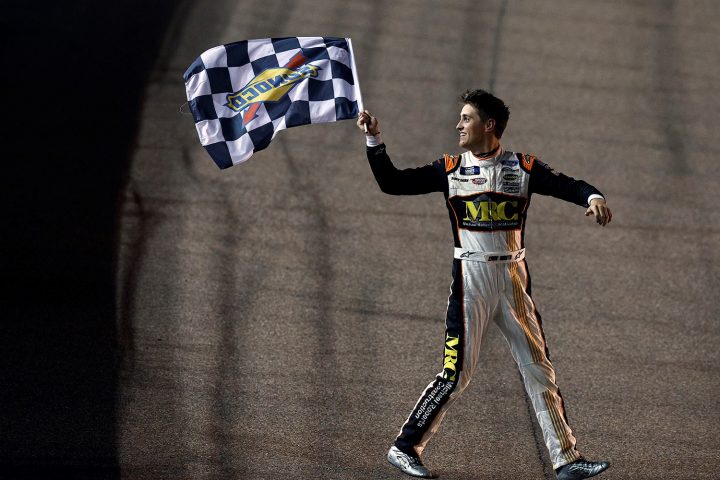 Thankfully, that didn’t happen, and the race stayed clean to the checkered flag. The championship-winning race at Phoenix marked Smith’s fourth win of the 2022 Truck Series season. Not only does it mark his first championship, but that of his race team, Front Row Motorsports. Smith will return to Front Row for the 2023 Truck Series season to pilot the No. 38 Nascar Ford F-150 and will also run a handful of Cup Series races, including the Daytona 500 in February.

Overall, it was a good weekend to be behind the wheel of a Blue Oval race car – Joey Logano secured the championship at the Cup Series level in the No. 22 Ford Mustang.