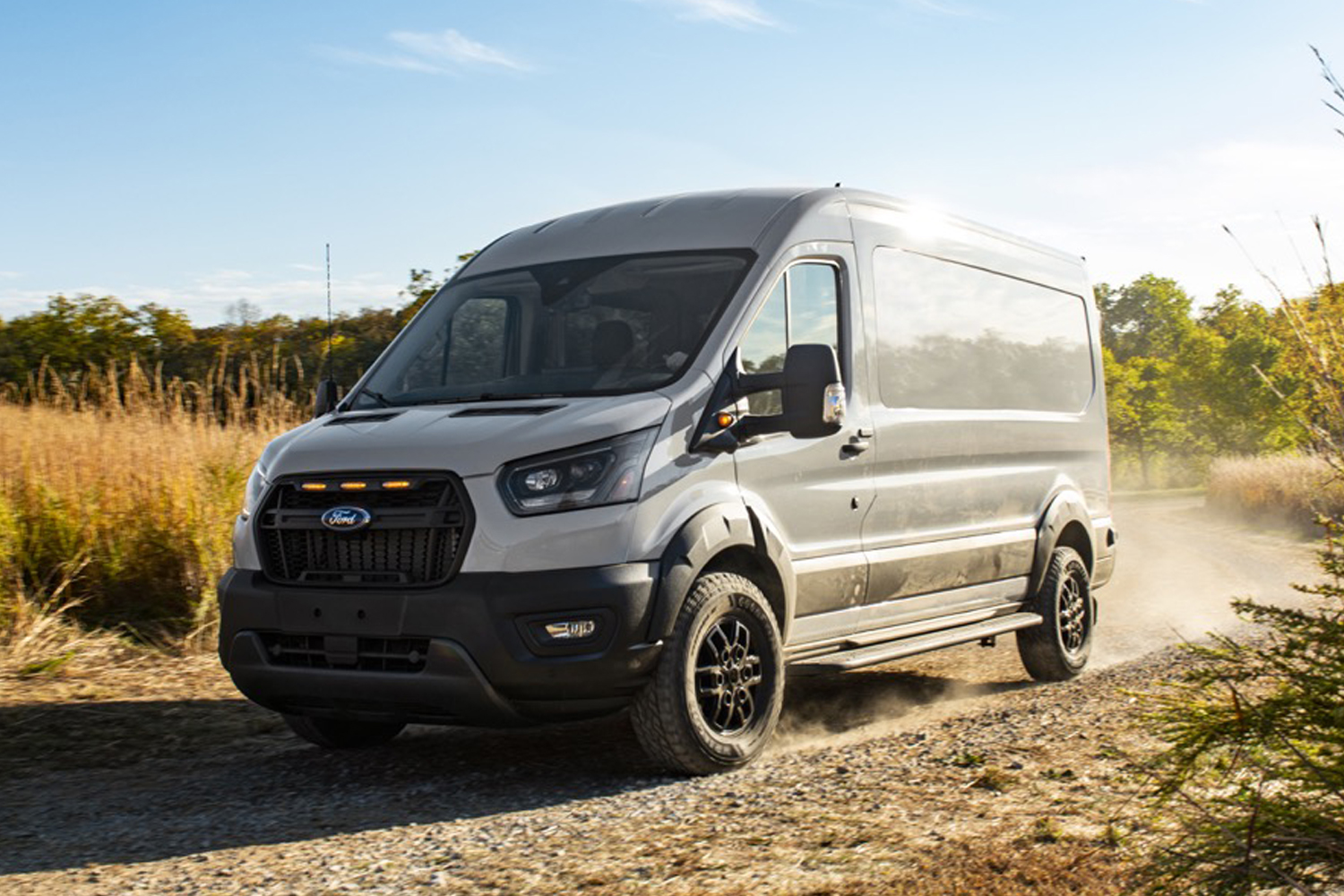 The U.S. market Ford Transit Trail was revealed earlier this month, but the ruggedized van isn’t entirely new – rather, the model originally debuted in Europe roughly two years ago. However, despite sharing a name, both versions of the Ford Transit Trail differ in a number of notable ways, with the U.S. variant sporting a traditional Blue Oval grille in place of the Raptor-like “Ford” script present on the European version. The U.S. market Transit Trail is also coupled with a trio of amber marker lights. In addition to that obvious difference, there are some other things that set these vans apart, too. 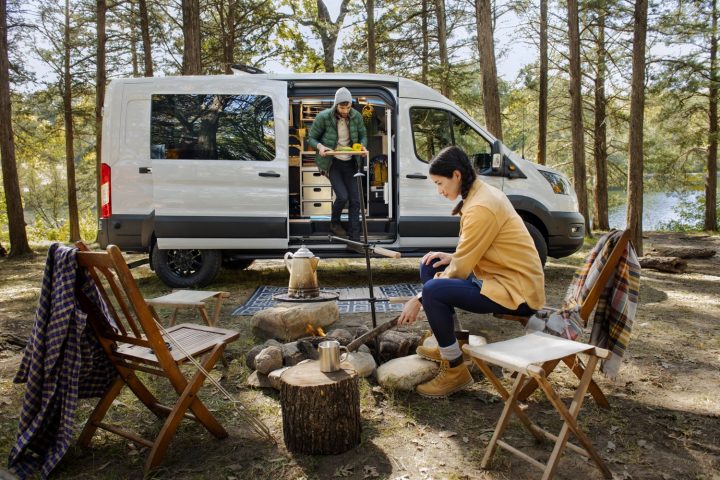 “The base Transit vehicle between Europe and North America is very similar, but there’s also a lot of uniqueness in different regions because we have different regulatory requirements like safety,” Ray Eyles, Transit Chief Program Engineer, told Ford Authority Executive Editor, Alex Luft, in a recent interview. “Europe is very much about front wheel drive, 7,700 lbs GVWR because that’s the licensing limit for most drivers.”

“So Europe has both the north-south [longitudinal] engine for the higher weights and the east-west [transverse] engine for the lower weights,” Eyles added. “East-west is FWD, and they have an AWD version but that’s a manual transmission on a north-south engine. This [North American] one is very different, there’s not a lot of commonality; we took the concept of what Europe did with the Transit Trail but we took it a lot further. It aligned with what North American customers are looking for in this space.” 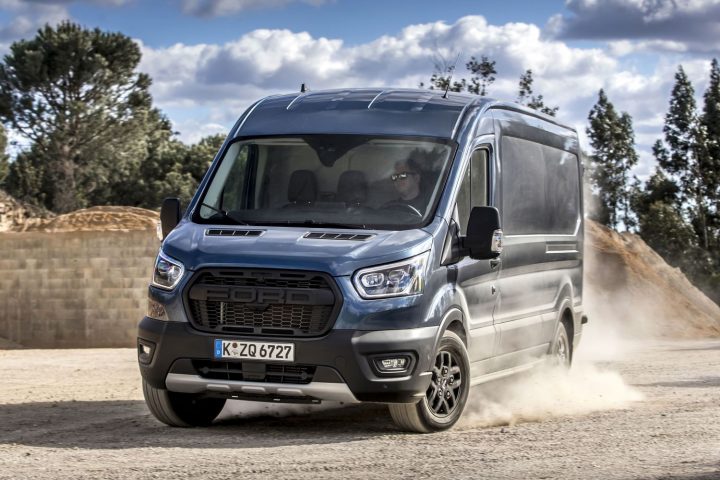 “So we can take the [Transit Trail] brand, since we have brand awareness already, and take what our customers want and kind of stir them up together to produce something like this which would be spot on for our customers [in the U.S.] and the Transit Trail brand. We want it to be more of a lifestyle brand than a product brand – Transit Trail is about the journey, not the destination.” 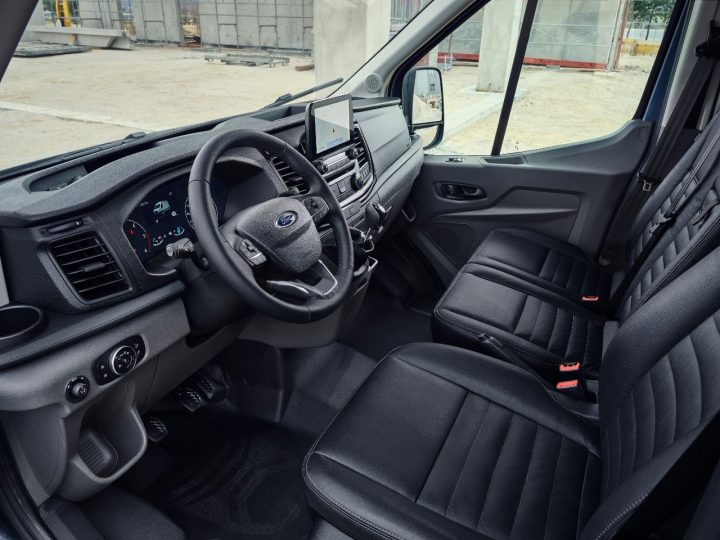 In that sense, the Transit Trail is designed to take full advantage of the booming “van life” movement in the U.S. The rugged van, which sits higher is wider than non-Trail Transit models, is upfit-ready and comes equipped with drillable areas designed for the easy installation of things like shelving, cabinetry, and beds. An available Upfitter Package adds an exterior light bar and includes high-capacity upfitter switches, a larger center console, an auxiliary fuse panel with a high-spec interface connector, dual AGM batteries, and a modified vehicle wiring system. Additionally, buyers can also get their custom conversions done via the Ford Pro network of upfitters and interior installers across the U.S. 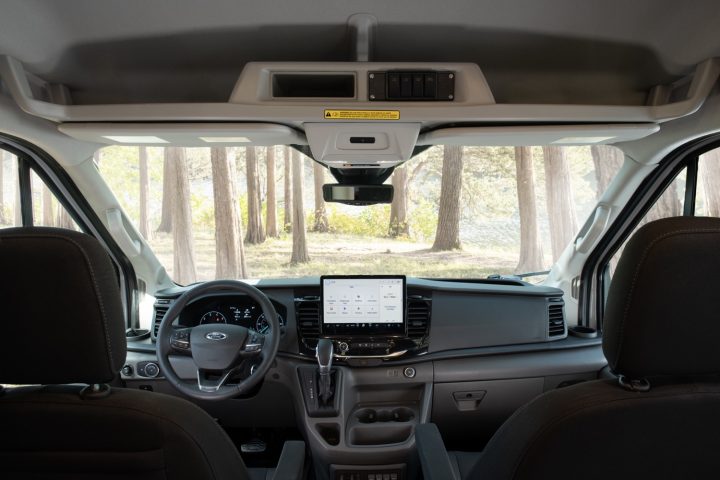 The Transit Trail also boasts a a 2.75-inch wider track and 3.5 inches of additional ride height compared to the regular Transit, and is equipped with 16-inch black alloy wheels wrapped with 30.5-inch Goodyear Wrangler Workhorse all-terrain tires. Power comes from the Ford 3.5L V6 EcoBoost engine, which produces 310 horsepower and 400 pound-feet of torque in this guise and is mated to a 10-speed automatic transmission for up to 6,500 pounds of max towing capacity. Inside the cabin, the Transit Trail comes equipped with a 12-inch infotainment screen running Sync 4, a high-resolution digital camera, 110-volt, 12-volt, and USB outlets, and Ford Power-Up software update capability.

The 2023 Ford Transit Trail will be produced alongside other Transit models at the Ford Kansas City Assembly plant, and features a starting MSRP of $65,975.

How The Ford Mustang Differs Between The US And Europe: Video