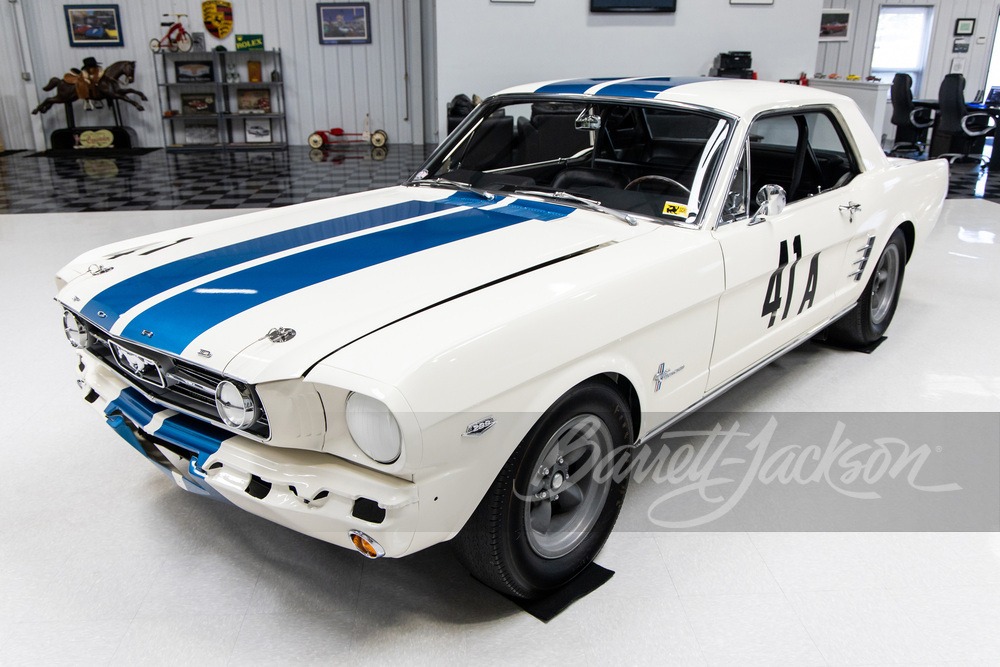 Race cars driven by legendary wheelman Ken Miles tend to rake in quite a bit of cash. For example, a Shelby GT350R prototype that was guided around the track by Miles, along with other big names like Bob Bondurant, Chuck Cantwell, Peter Brock and Jerry Titus, hammered for a cool $3.83 million at Mecum’s 2020 Indianapolis auction. Now, a vehicle that was specially built for Miles will be auctioned off at Barrett-Jackson Scottsdale in January 2023, this time a 1966 Shelby Group II Mustang. 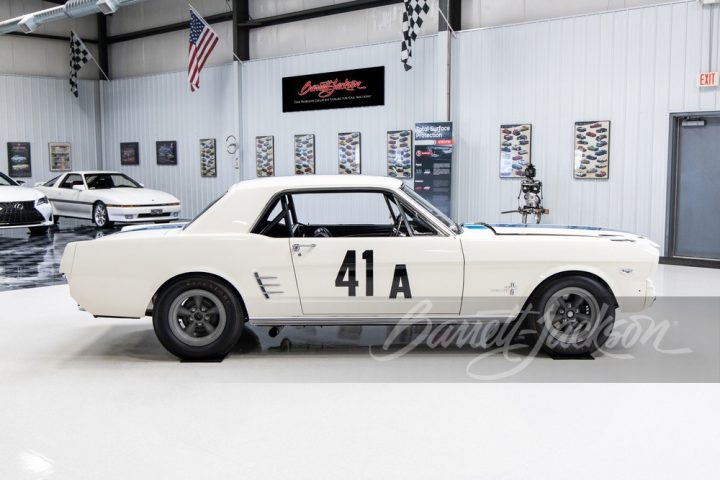 This vehicle is touted as being “one of the rarest Shelby Mustangs ever built.” It was the 12th of only 16 Shelby Group II Mustangs built in 1966, which were designed to meet the 1965 R-model specifications to compete in the Sports Car Club of America (SCCA) and Trans-Am A/Sedan class. Its Shelby American Auto Club (SAAC) documentation states that this particular vehicle was built with the intention of carrying Ken Miles. Unfortunately, Miles was killed while testing a J-Car before he could take the wheel of this Mustang. 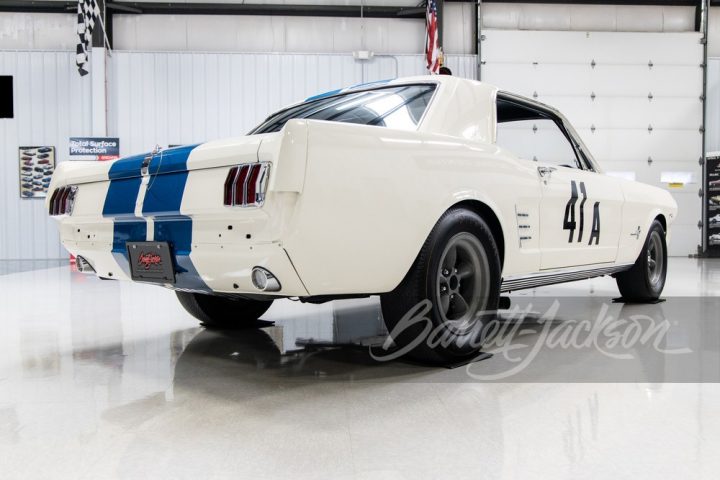 Instead, this vehicle was offered to John McComb, who purchased it in late 1966. McComb drove it to the 1966 Trans-Am Sedan Championship, racking up plenty of miles behind the wheel of the race car across 30 racing events, including competition at the 24 Hours of Daytona. It scored victories in the Pan-American Trans-Am race in Green Valley, Texas, and the Continental Divide SCCA National. 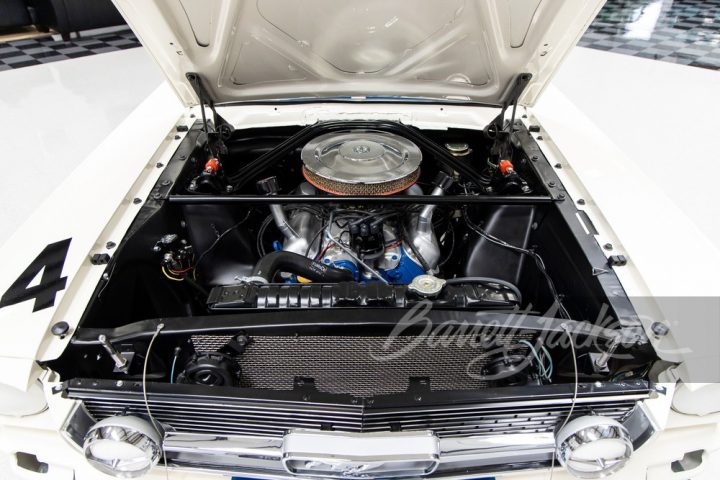 Under the hood, this vehicle features an era-correct 289 Hi-Pro V8 engine that “runs excellent,” a Holley 715 CFM Carburetor, steel valve covers and a four-speed manual transmission with a build date of July 27th, 1965. The vehicle’s sale includes extras such as Shelby documentation, restoration photos, interview transcript with McCombs, books signed by McCombs and copies of photos featuring the Mustang and McCombs.

We’ll have more cool and historic rides like this soon, so be sure to subscribe to Ford Authority for more Ford Mustang news and around-the-clock Ford news coverage.