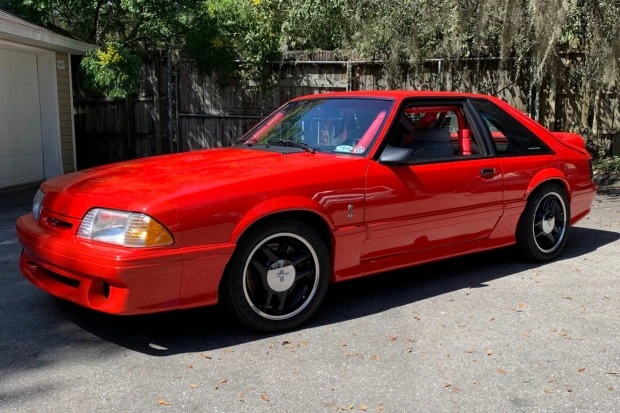 Mustang Cobra and Cobra R models have been fetching high prices at auctions over the last couple years. For example, a 1993 Ford Mustang SVT Cobra R with just 16 miles on the odometer sparked quite the bidding war last year, and prior to that, another example sold for quite a bit at Barrett-Jackson in 2019. Another 1993 Mustang SVT Cobra R is currently up for grabs on Bring a Trailer, and this particular muscle machine has a unique story. 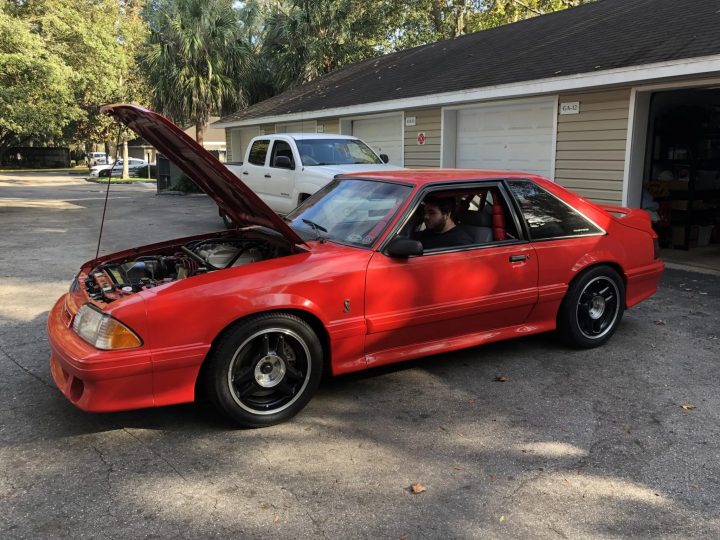 The first thing one may notice about this vehicle is that it’s bright red – Vibrant Red Clearcoat, to be exact. It also features a revised rear wing and sources power from an overhauled 302 cubic inch V8 engine paired with a five-speed manual, throwing power to the rear two wheels. It is No. 23 of 107 Mustang Cobra R units built for the 1993 model year. It has approximately 10,000 miles clocked thus far.

Inside, this 1993 Mustang Cobra R features Opal Gray cloth, aluminum pedals and a two-tone dashboard. Aside from that, its cockpit is rather spartan, as The Blue Oval elected to withhold components in the interest of weight reduction. As such, this vehicle lacks a radio, air conditioning, power door locks, sound insulation and rear seats. It has been outfitted with a Saleen eight-point roll cage. 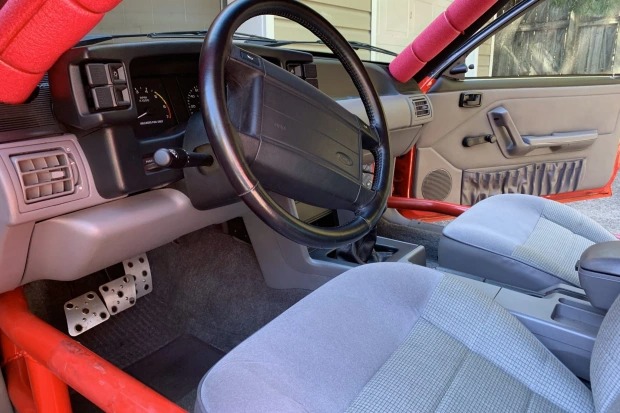 Since the vehicle itself is so eye-catching, it should come as no surprise that this particular pony car served as the muse for GMP Diecast’s 1993 Ford Mustang Cobra R model. Included in the sale is one of these diecasts, which features the No. 23 designation found on the real-life version. A printed statement on the model’s box even thanks the current owner of the vehicle. 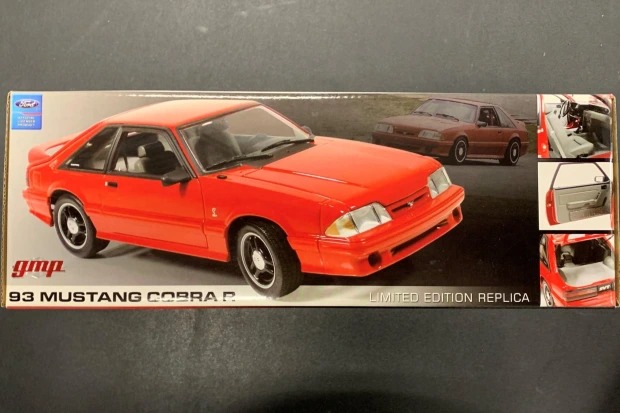