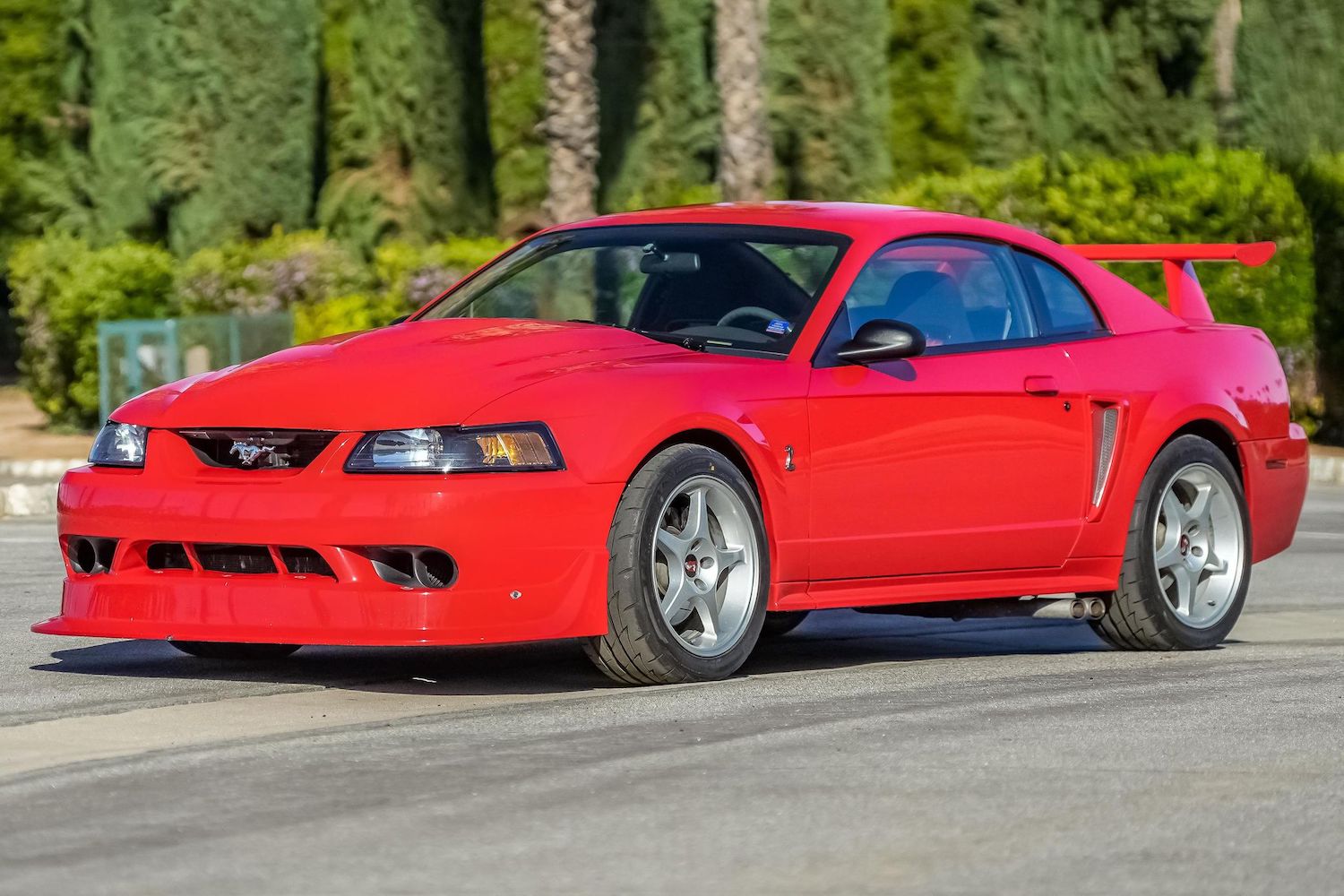 The vaunted 2000 Ford Mustang SVT Cobra R represented the ultimate, hardcore, track-focused, no-frills version of the iconic pony car in its heyday, instantly cementing its status in automotive history. Just 300 were built in total, making it a rare and valuable machine as well, but we’ve seen a few pop up for sale in recent years – including this 480-mile car back in April of 2020 and this sub-2k mile example last year, as well as a 500-mile gem this past October. Now, yet another 2000 Ford Mustang SVT Cobra R has surfaced for sale, this time at Cars & Bids. 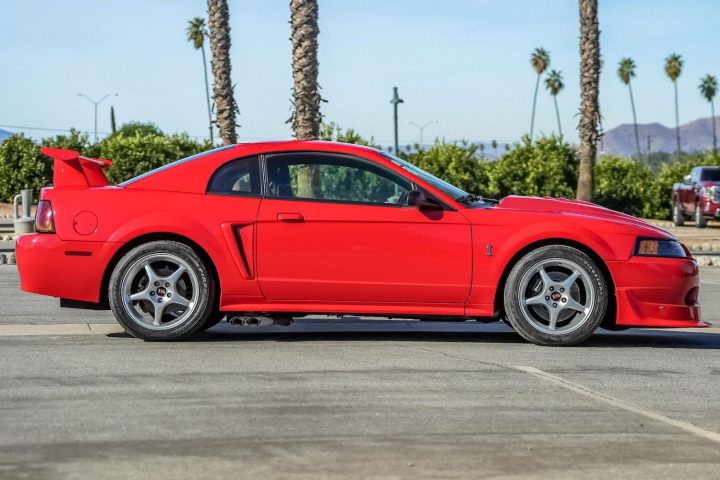 What’s particularly notable about this Cobra R, which is number 268 of 300 built, is its mileage – a rather high (at least for these cars) total of 32,100. Most of these cars were never driven or at least driven sparingly, instead stowed away as future collectibles, so it’s somewhat surprising to see one that’s actually been used. It also appears that at least some of that mileage came from the track, as this Cobra R has been equipped with Simpson racing harnesses and a fire extinguisher. 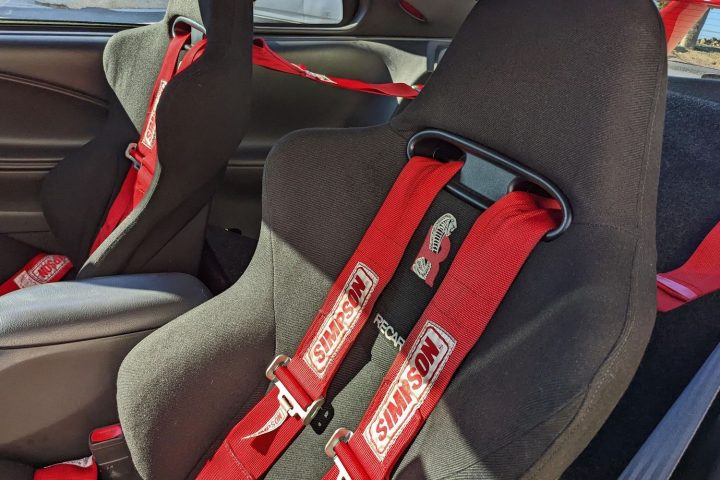 The higher mileage present on this car’s odometer and its track use also means that it isn’t exactly flawless – there are some rock chips and scratches present on the exterior, along with a sagging headliner inside the cabin. However, those sorts of things don’t really detract from the fact that this is a rare and cool machine, and they may even make it more enticing for a buyer that wants a car they won’t be afraid to actually drive. 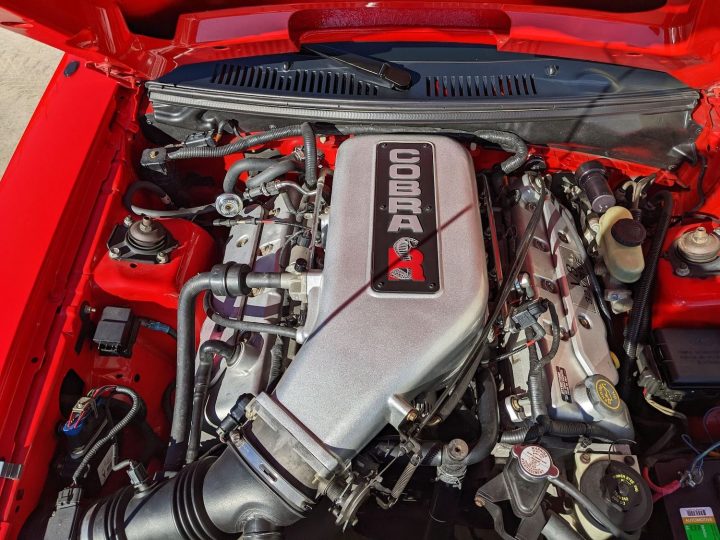 In that sense, the Cobra R is undoubtedly fun, thanks in part to its naturally-aspirated Ford 5.4L V8 Triton engine that generates 385 horsepower and 385 pound-feet of torque, which is mated to a six-speed Tremec manual gearbox. Other notable upgrades include Bilstein monotone dampers, stiffer Eibach springs, larger anti-roll bars, and four-wheel ventilated discs with four-piston Brembo front calipers, as well as Recaro seats. 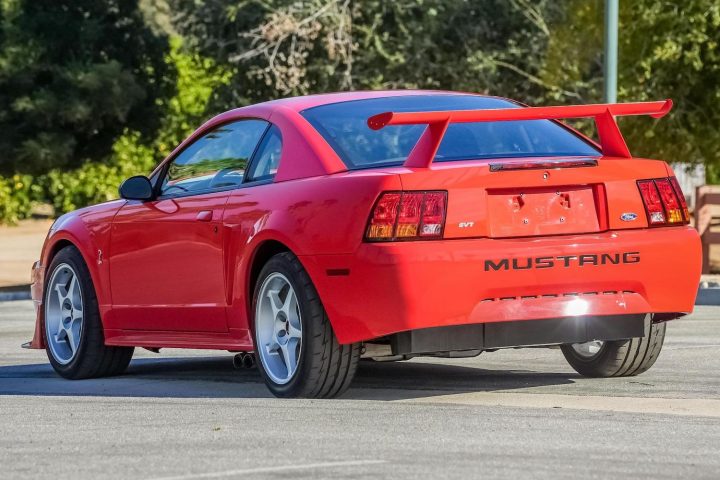 The Cobra R is devoid of a radio, air conditioning, rear seat, and sound deadening, though the previous owner of this one did add a stereo system to the mix. Regardless, it’s a pretty cool, mildly used example of a very rare and special car, and one that may not sell for a fortune, for once.