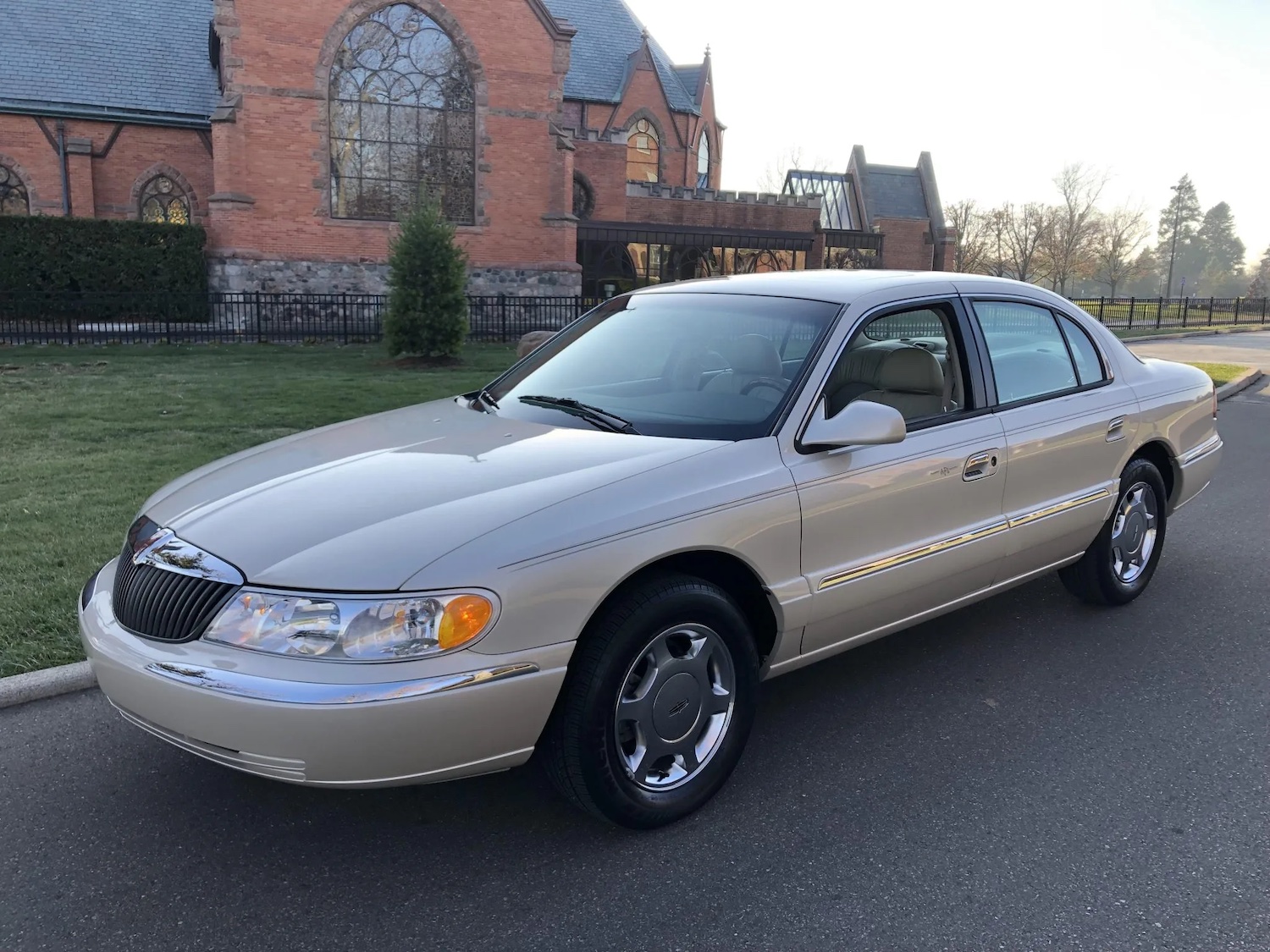 It wasn’t terribly long ago when most assumed that normal, modern-day sedans would never be sought-after collector’s items, but a lot has changed over the past few years. Ford quit making and selling sedans in the U.S. under both The Blue Oval and Lincoln brands a couple of years ago, including the Lincoln Continental, which has caused many to seek out these once-mega popular rides more and more. As such, we’re starting to see more nice examples pop up for auction – including this immaculate, low-mile 2000 Lincoln Continental – which is currently up for grabs at Bring a Trailer. 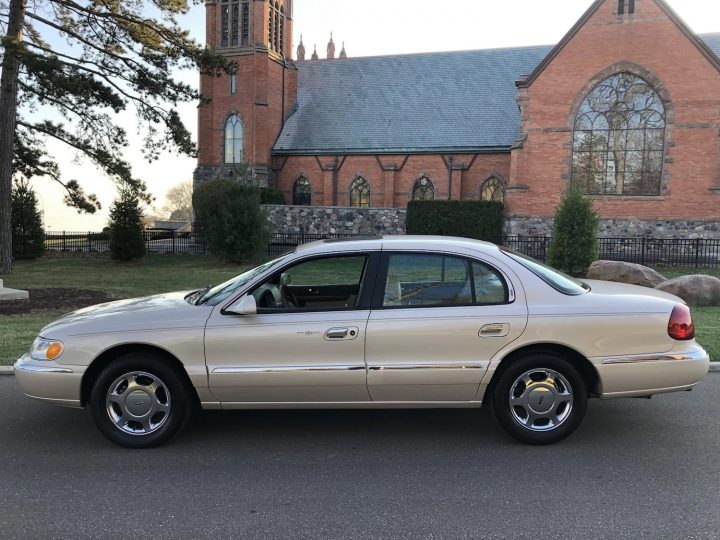 Finished in White Pearlescent Metallic, this 2000 Lincoln Continental has just 33k original miles showing on the odometer, which is quite low for a 20+ year-old vehicle of any kind. As such, it looks like it could have just rolled off the showroom floor, and lived almost its entire life with the original owner – at least until the selling dealer acquired it back in November. 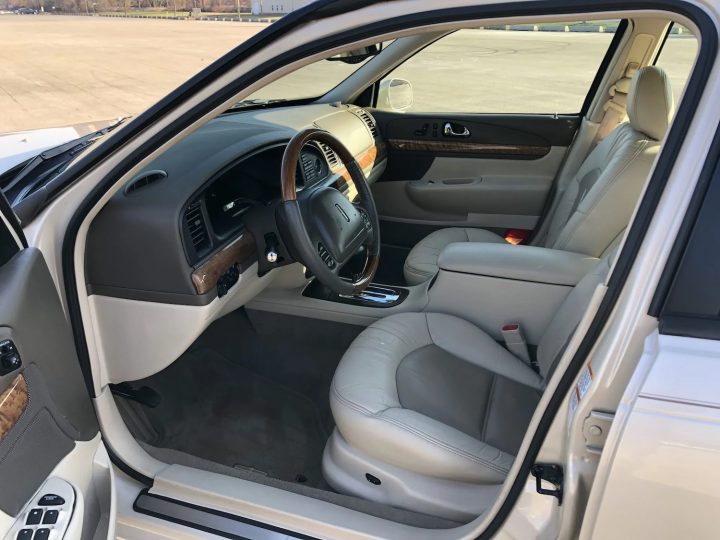 For anyone looking to purchase a nice Continental of this generation, they’d be hard-pressed to find one better than this, as its paint and trim shine like new. The large luxury sedan rolls on chrome 16-inch wheels and mismatched tires, though the seller has replaced both front lower ball joints, the front sway bar links, and inner and outer tie rods. 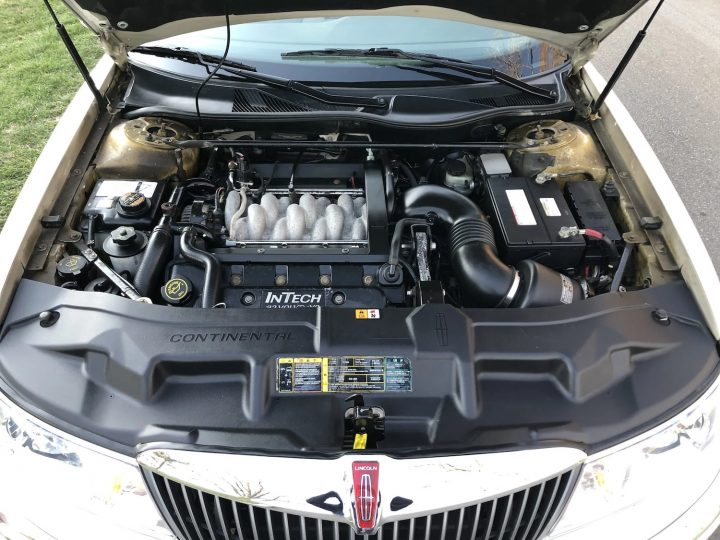 Inside the cabin, the lucky new owner will be awash in luxury thanks to plush heated, power-adjustable front seats covered in two-tone beige leather, woodgrain trim, a wood-rimmed steering wheel, an Alpine stereo with a six-disc CD changer, the Memory Profile System, automatic climate control, and cruise control. Power comes from the naturally-aspirated Ford 4.6L V8, which generates 260 horsepower and is mated to a four-speed automatic gearbox. 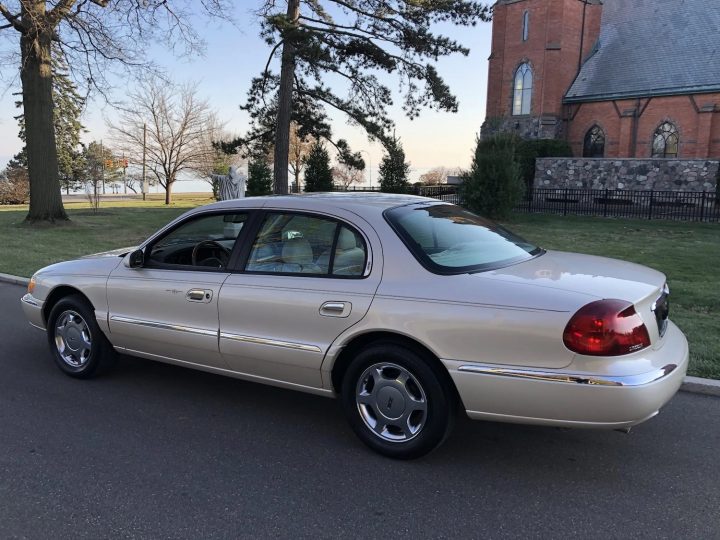 With so few cars like this around these days, it’ll certainly be interesting to see what this one ultimate garners at auction, particularly now that sedans are a dying breed – at least those made by certain manufacturers. However, we wouldn’t be surprised to see more surface for sale if values do indeed begin to rise.