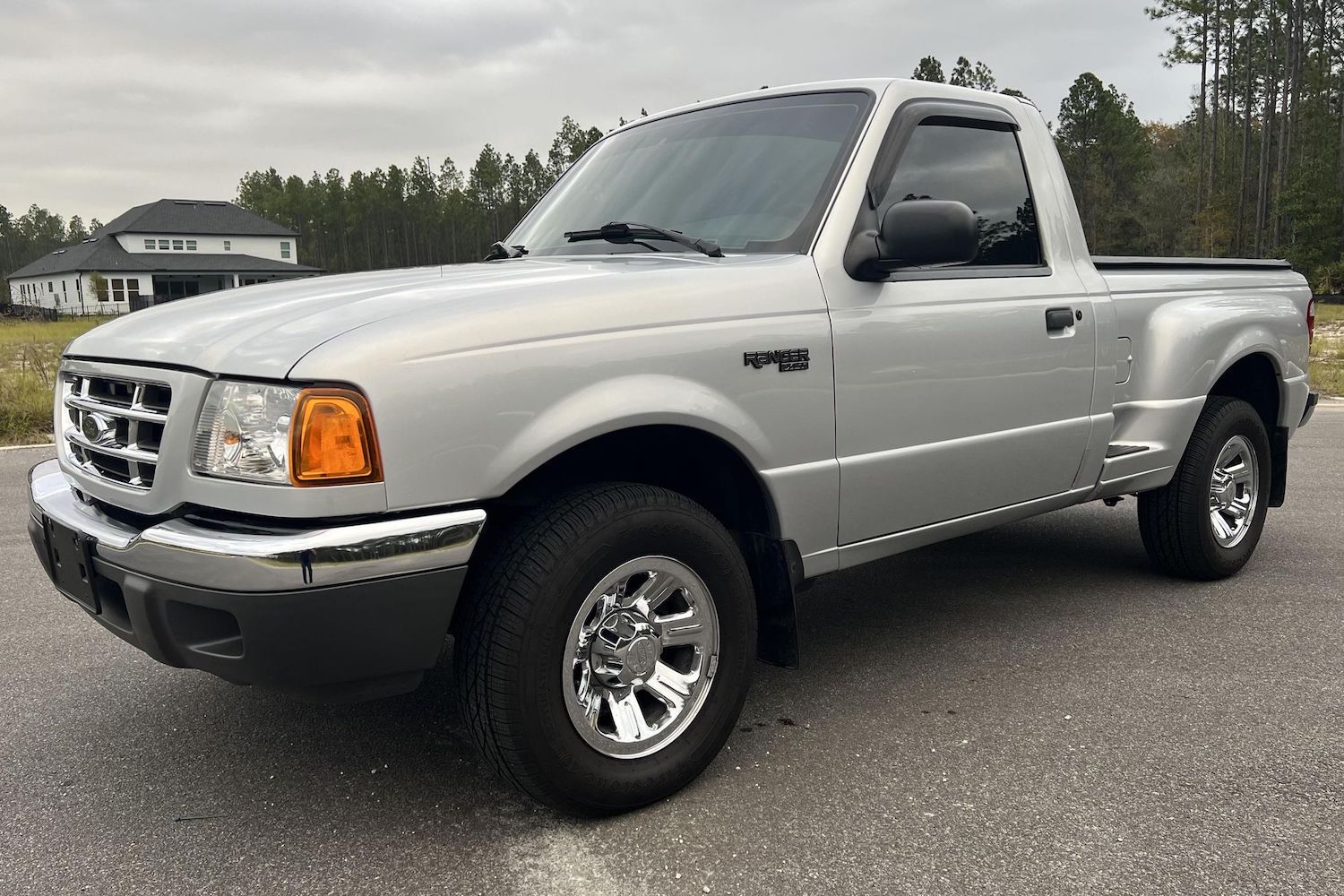 In recent years, the collector car world has begun to embrace pickups after largely ignoring them for decades, lifting the values of all sorts of Blue Oval haulers such as F-Series pickups from the 1970s and beyond. However, we’re also starting to see values of the last-gen Ford Ranger rise alongside used vehicle prices in general, and a few very nice, low-mile examples are beginning to pop up on auction sites. The latest is this super-clean 2001 Ford Ranger XLT Flareside up for grabs at Cars & Bids, which is easily one of the nicest examples we’ve seen in some time. 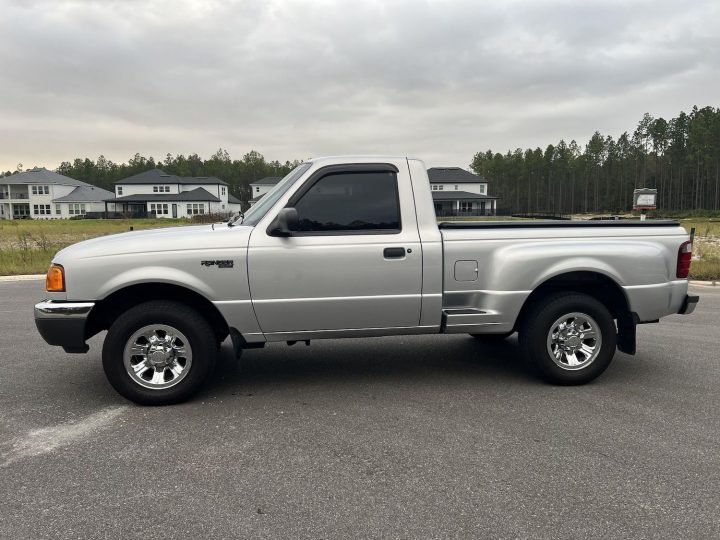 This particular 2001 Ford Ranger has just 41k original miles showing on the odometer, which is certainly low for a vehicle of this vintage, as well as one that wasn’t ever really seemingly destined to become collectible. Finished in Silver Frost Metallic, this compact pickup is mostly devoid of flaws, as one might expect, save for the typical scratches and underbody surface rust. 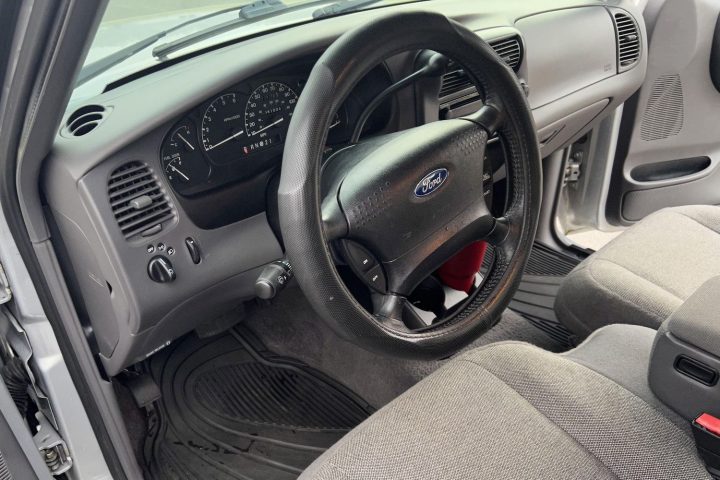 Otherwise, it’s a pretty gorgeous example with the desirable Flareside bed and few mods, save for a TruXedo TruXport tonneau cover, tinted windows, and rain guards. The Ranger rolls on its original chrome 15-inch wheels and features chrome bumpers, a chrome grille, and, well not much else – these were economical methods of transportation, after all. 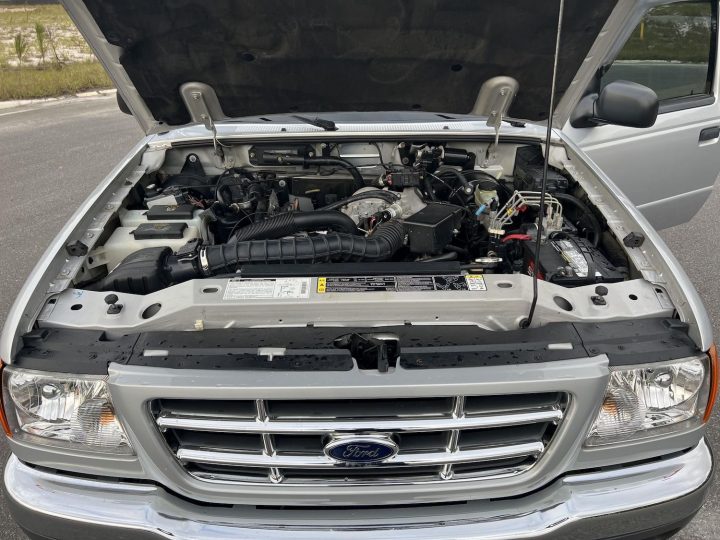 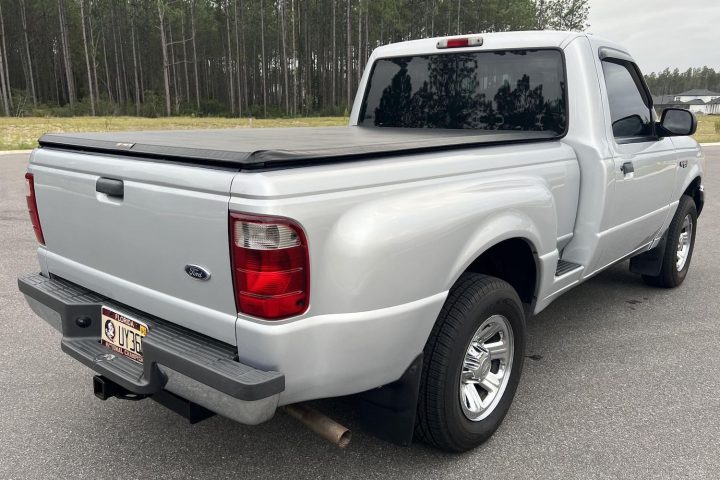 Given how few trucks like this pop up for sale these days, it’ll certainly be interesting to see what this one ultimately hammers for, but it has already garnered 10 bids with six days to go as of this writing.

We’ll have more cool auction finds to share soon, so be sure and subscribe to Ford Authority for the latest Ford Ranger news and continuous Ford news coverage.