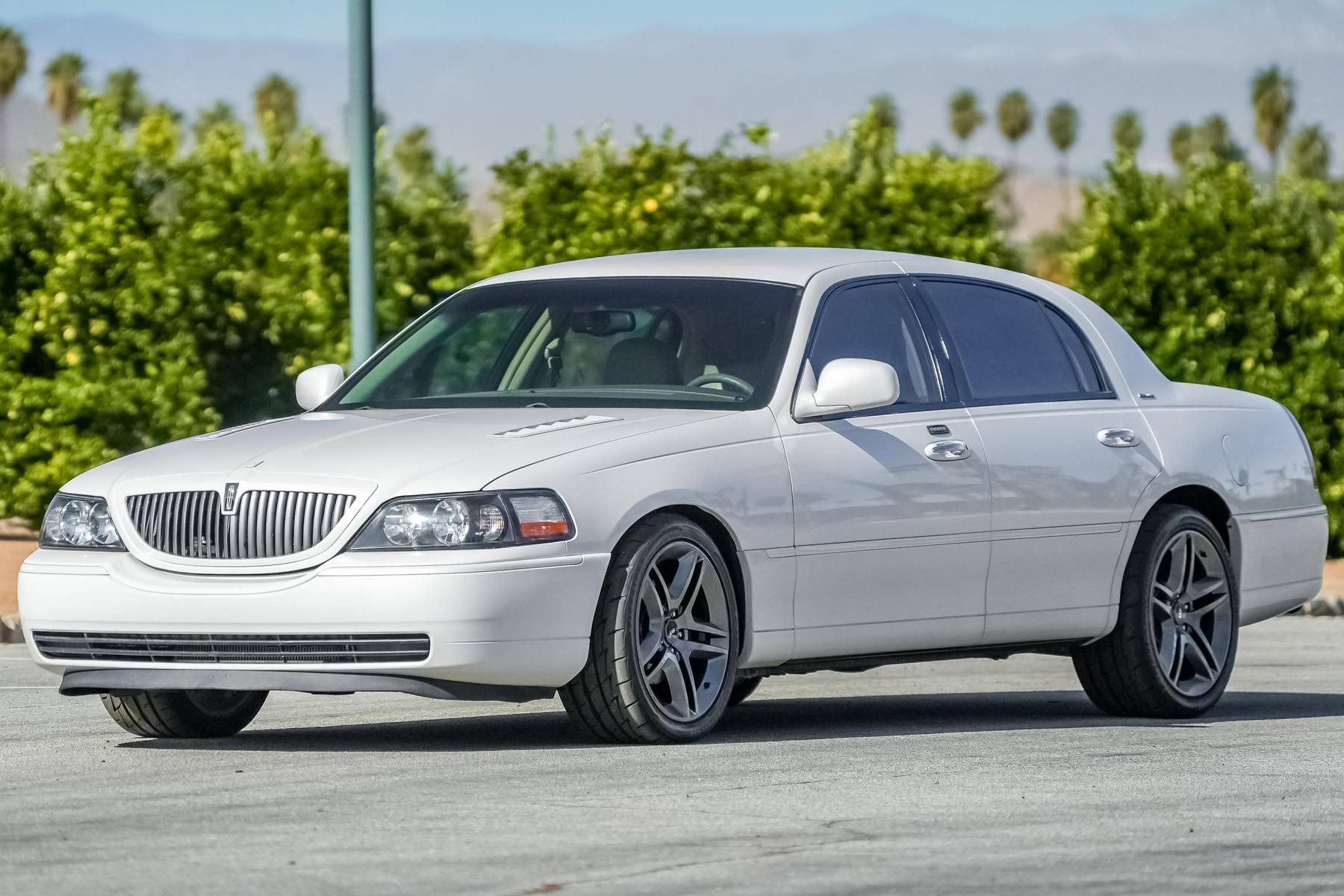 Dropping an eight-cylinder engine under the hood of an unassuming vehicle often produces unique and fun results. Several V8-swapped Blue Oval vehicles have popped up for sale in the past, such as a 1987 Ford Falcon Ute and a classy 1949 Ford Tudor. Now, an amalgamation of style and power is up for sale: a 2003 Lincoln Town Car Executive with a Mustang Cobra V8 under the hood on Cars & Bids. 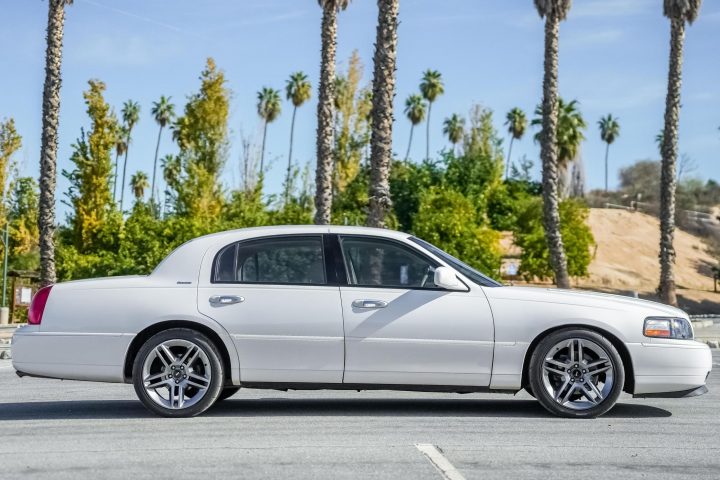 The exterior of this 2003 Lincoln Town Car gives no indication as to the monster chained up under the hood. It’s finished in White Pearlescent with a Light Parchment interior. Factory equipment includes leather upholstery, power-adjustable pedals, a multifunctioning steering wheel, dual-zone automatic climate control, remote keyless entry and cruise control, but that’s where the stock options stop. 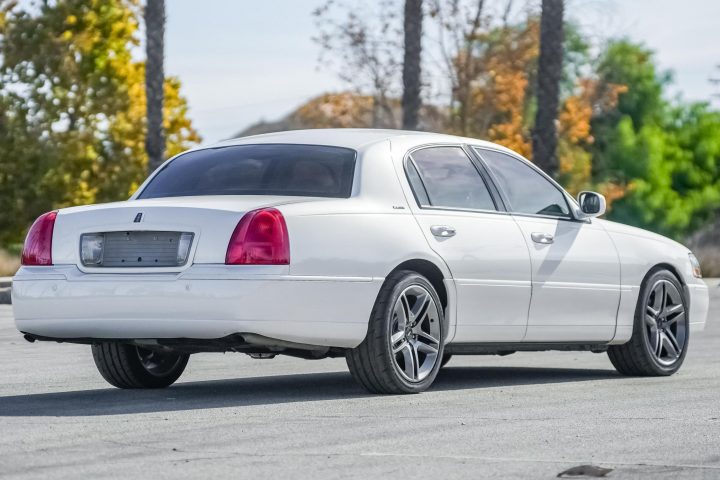 Unsurprisingly, this vehicle boasts an extensive list of modifications. First and foremost, it features the 4.6L V8 Terminator engine under the hood, tuned to deliver 450 horsepower with power transferred via a four-speed automatic transmission. That engine is topped with a Posi Ported Eaton supercharger and encased in a Teksid aluminum cylinder block. 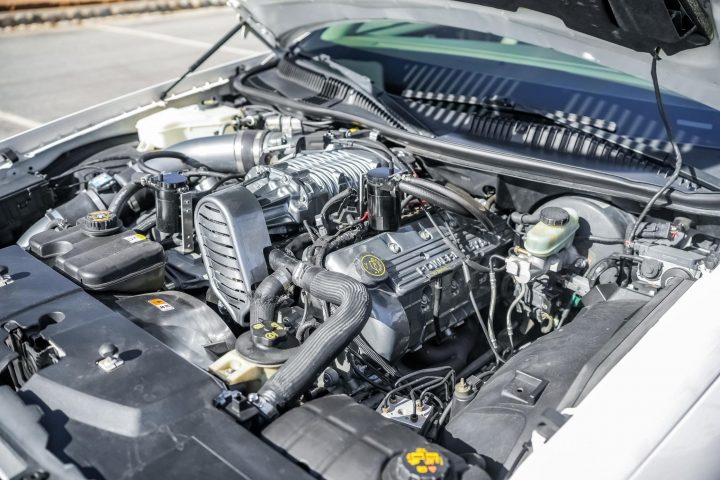 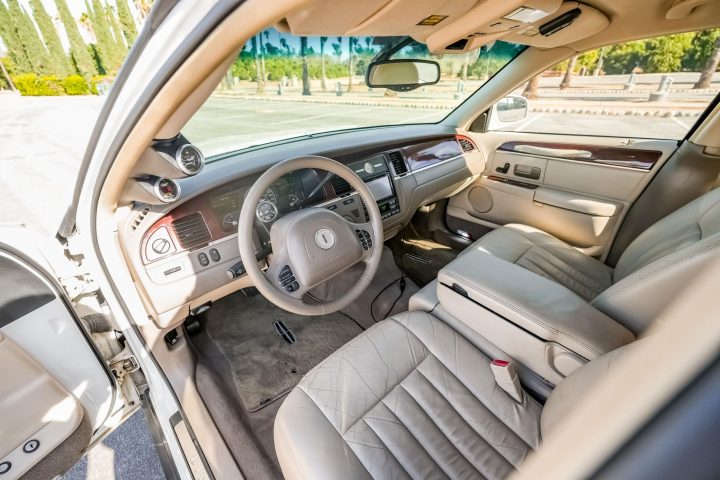 This 2003 Lincoln Town Car has seen plenty of time on the road, with nearly 200,000 miles on the odometer. It has just one accident reported from back in 2005 from a minor collision with another vehicle, but the damage was minimal. The paint is also showing its age, thanks to some chips and scratches, and the wheels show some evidence of curb rash. As of this writing, 23 bids have driven the auction up to $15,000.

Be sure and subscribe to Ford Authority for more Lincoln news, Lincoln Town Car news, and ongoing Ford news coverage.