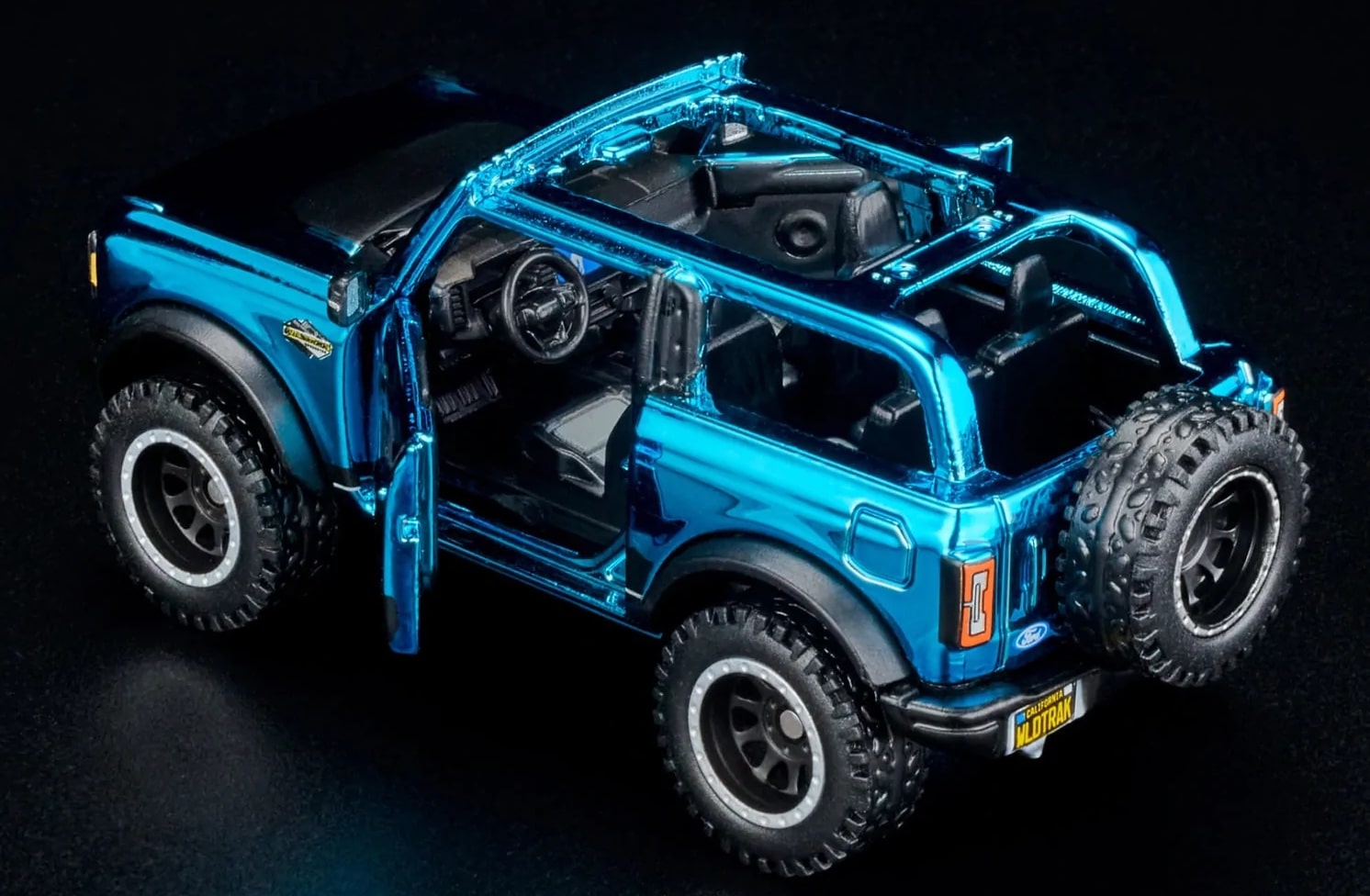 In recent months, Hot Wheels has added a host of Blue Oval models to its exclusive Red Line Club collection, including not just one, but two 1962 Ford F-100 pickups, as well as a 1932 Ford Coupe. It was seemingly inevitable that some sort of Ford Bronco would eventually make the cut in this limited-edition collection, which is available only to Red Line Club members – especially since a number of other Bronco toys have debuted in recent months. Now, that’s precisely what has happened, as the 2021 Ford Bronco Wildtrak is set to launch tomorrow, December 20th at 9am PST. 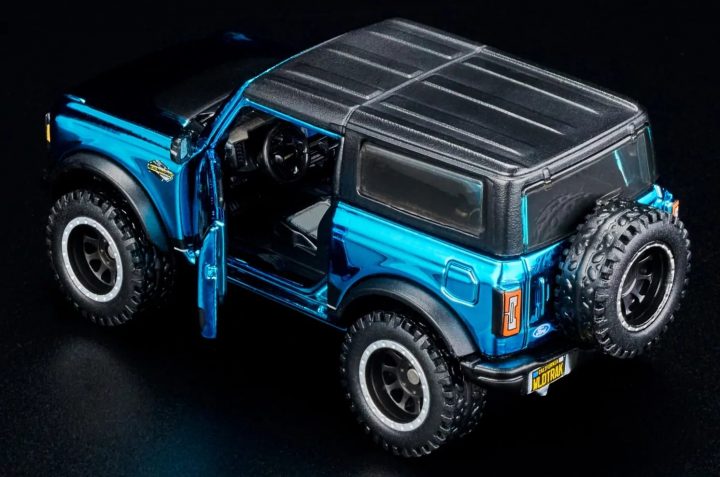 This very nice, very realistic 2021 Ford Bronco Wildtrak RLC die-cast model features doors that open and can also be removed, as well as a removable roof – just like the real thing. It rolls on a set of Real Riders 10-spoke beadlock wheels wrapped with off-road tires, with an exterior finish called Spectraflame Aqua – something that isn’t available in FoMoCo’s official catalog, but it does give the die-cast a glitzy look. 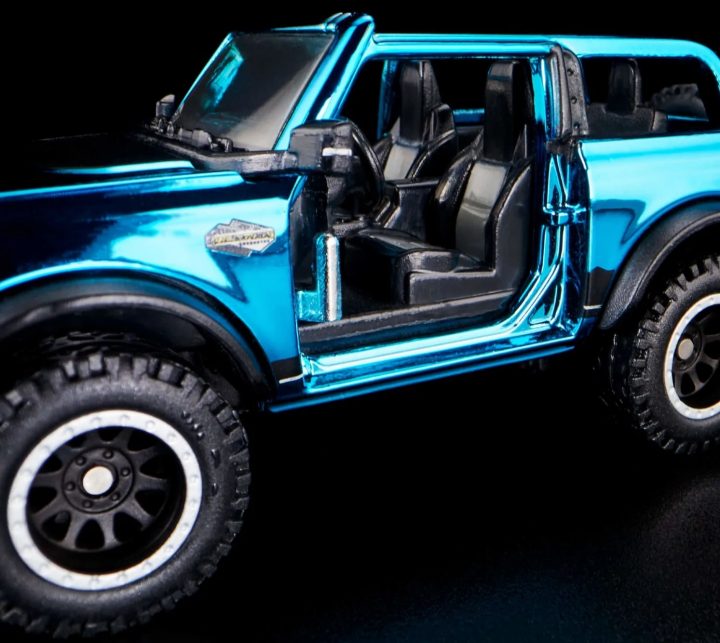 That fancy color is accented by a host of matte black features including the interior, aforementioned wheels – which also feature matte gray beadlock rings – the chassis, the roof, and the spare that’s mounted to the tailgate, just like the real thing. A set of authentic logos throughout make it look much more like the Bronco that we can buy and drive, in spite of these “modifications.” 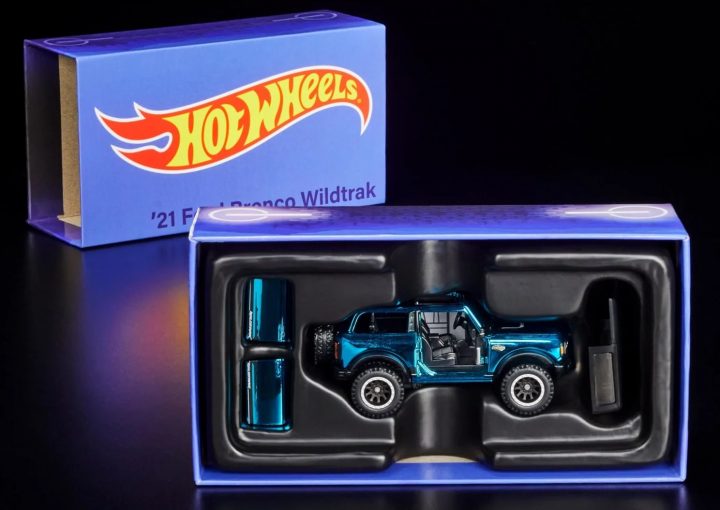 Like all Red Line Club exclusives, this 2021 Ford Bronco Wildtrak is limited to one per person or five per household, but only RLC members can order it for the retail price of $25. The cool, customizable model comes packaged in a nice form-fitting tray, which is in turn securely sealed in a colorful slipcase – perfect for showing off. Overall, it’s a nice debut for the Bronco in terms of joining the RLC club, and we imagine that it will prove quite popular when it launches tomorrow morning.

We’ll have more cool Blue Oval die-cast models to share soon, so be sure and subscribe to Ford Authority for more Ford Bronco news and continuous Ford news coverage.