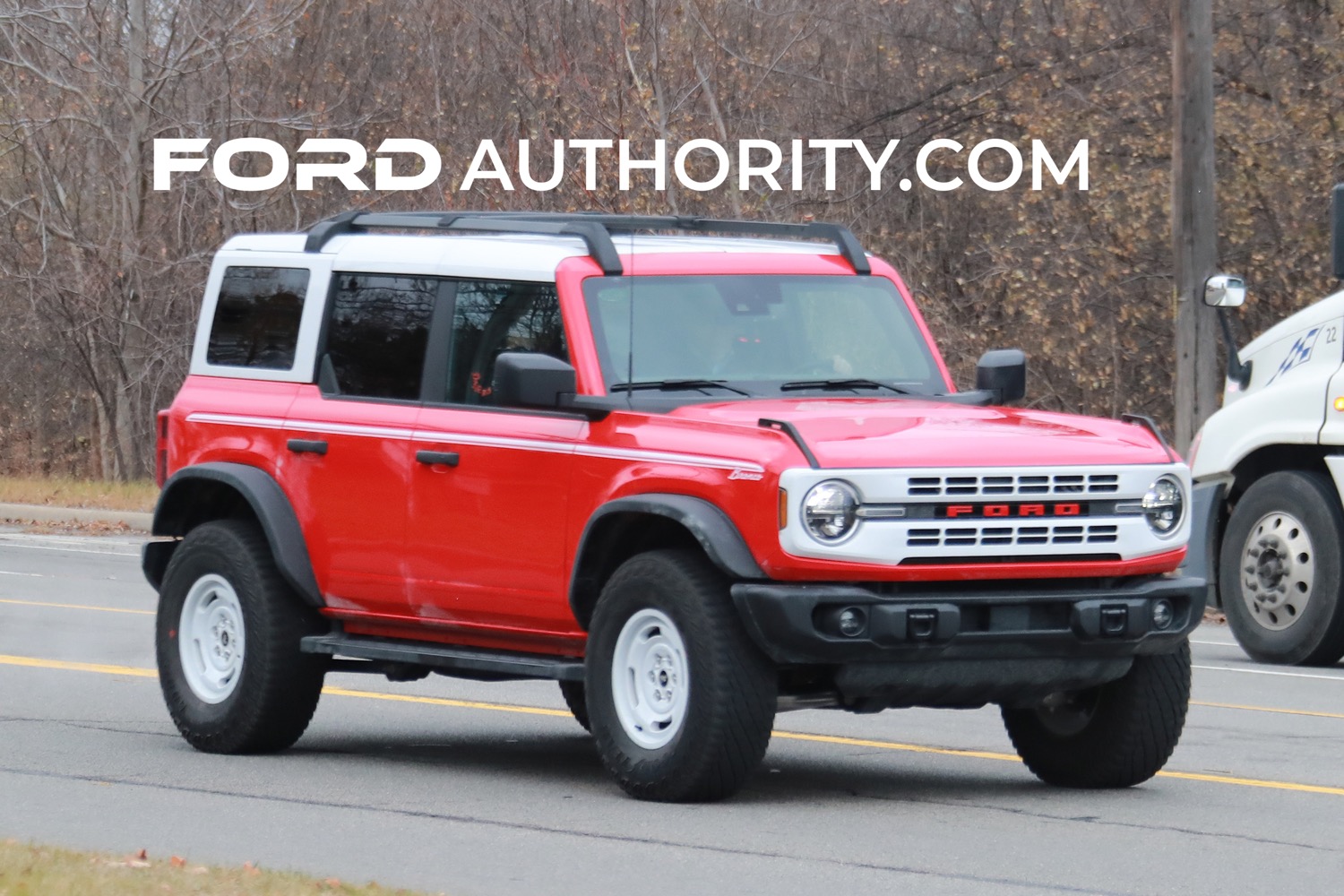 The 2023 Ford Bronco Heritage Edition was revealed over the summer, throwing it back to the off-road SUV’s first model year. The model features a two-tone paint scheme that pays homage to the 1966 Bronco. Ford Authority spotted one in person for the first time at the 2022 Woodward Dream Cruise, and now, our photographers spotted another out in public. 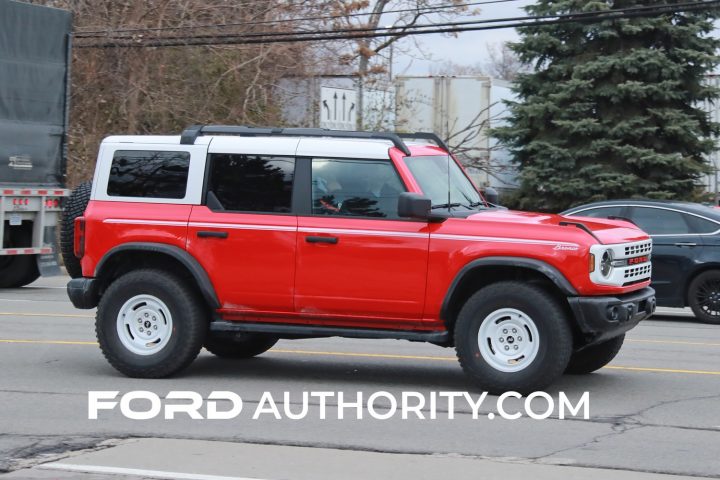 This particular Ford Bronco Heritage Edition features an eye-catching Race Red paint scheme with a classic Oxford White-painted roof, grille and wheels. The Race Red “Bronco” lettering on the grille adds another classic touch to the SUV. It also sports 1960s-inspired squared fenders to set it apart from its “regular” counterparts, along with classic “dog dish” 17-inch heritage wheels painted in gloss black. 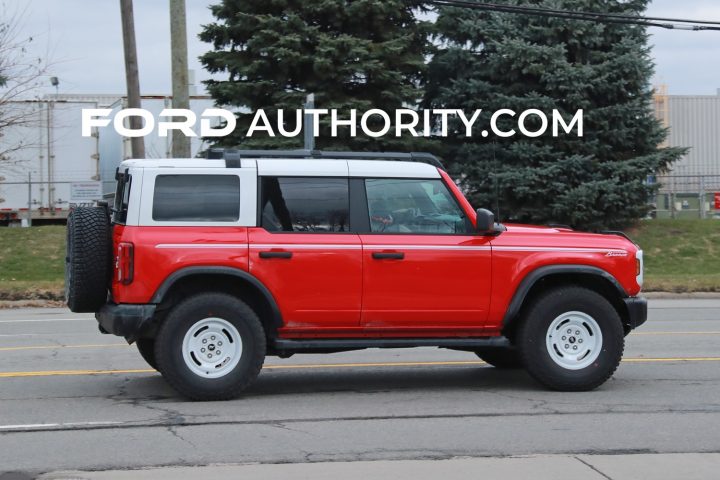 Inside, the Ford Bronco Heritage features plaid cloth seats, along with more Oxford White elements, such as on the instrument panel, center console badging, along with front and rear floor liners. As a reminder, this throwback edition SUV is based on the Big Bend trim level, featuring the turbocharged Ford 2.3L I4 EcoBoost engine, good for 300 horsepower and 325 pound-feet of torque, paired with either a seven-speed manual transmission or 10-speed automatic. 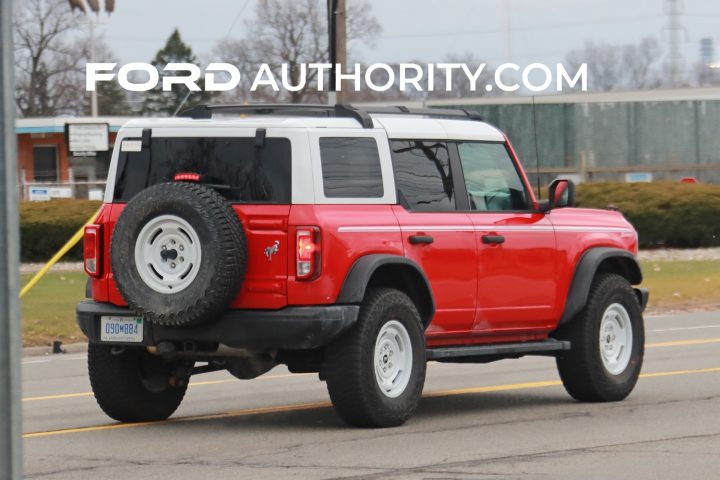 As a reminder, the Bronco Heritage and Heritage Limited are both late availability trims, which means that neither will be available when the 2023 model launches in the coming months. Additionally, the entire Bronco lineup offers heated mirror removal and speaker removal options for customers who would like to see their vehicle a bit sooner. However, the 2023 Ford Bronco lineup has regained digital temperature displays on the HVAC knobs, a feature that was previously deleted for the 2022 model year. The Ford Bronco Heritage Edition is only available to existing reservation and order holders. 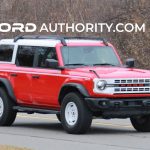 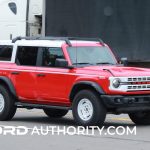 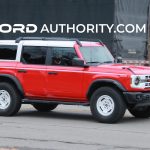 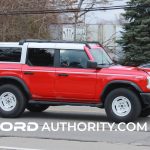 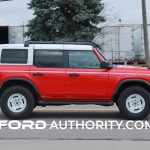 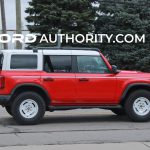 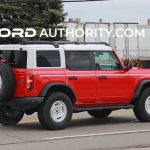 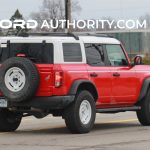