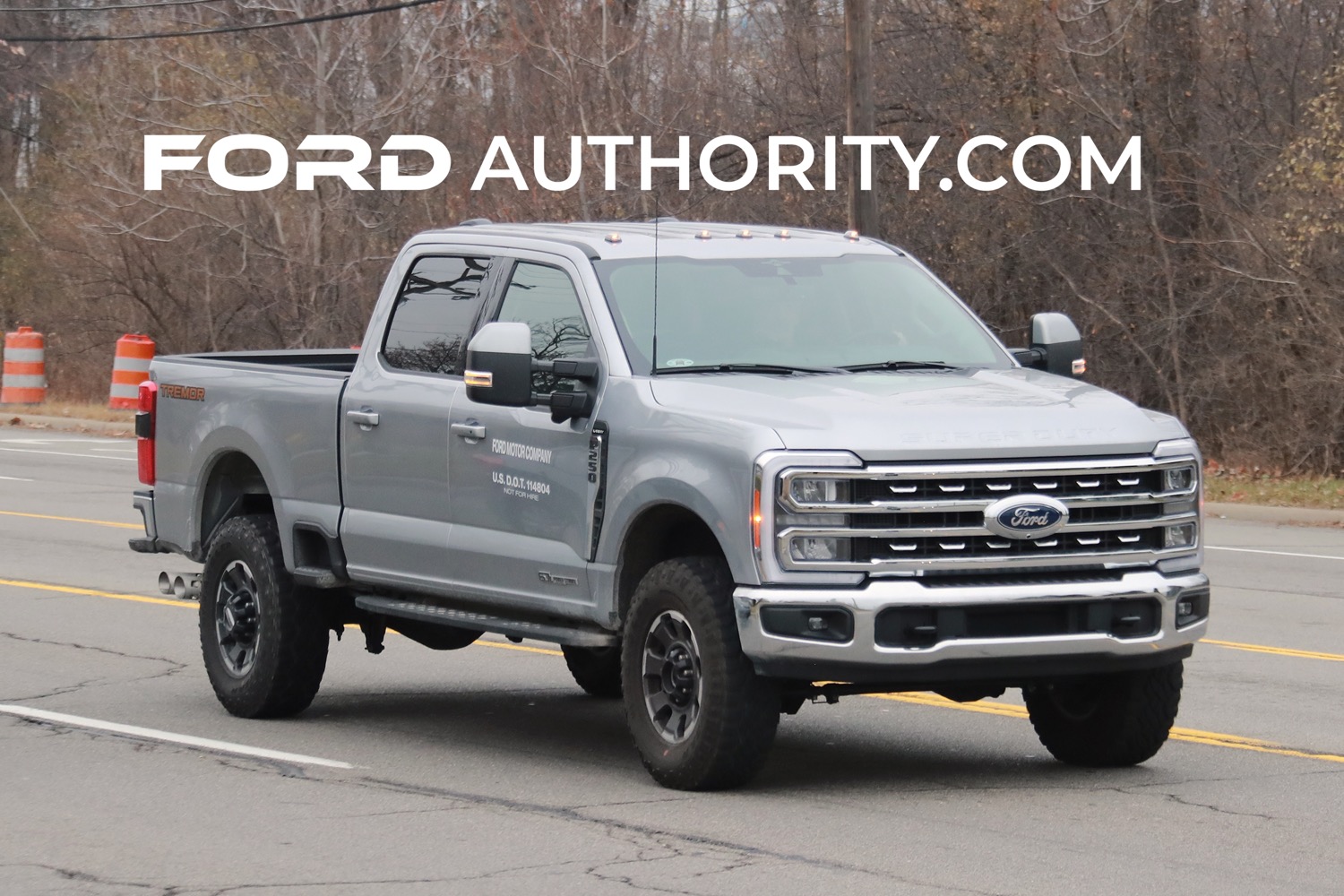 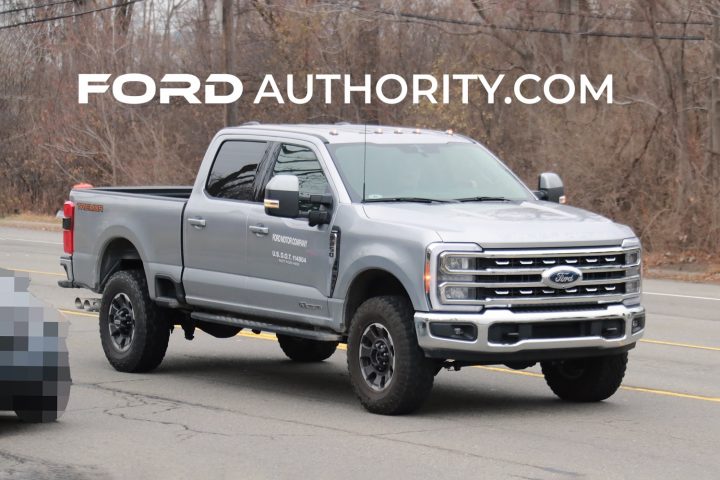 Like the two previously-spotted pickups, this 2023 Ford F-250 Super Duty Lariat Tremor is equipped with a host of features designed to improve its off-road capability, including a front-end lift, unique 18-inch wheels, and 35-inch Goodyear tires. The Tremor package also includes a uniquely-tuned suspension, a Dana front axle with a limited-slip differential and axle vent tubes, Trail Turn Assist, and selectable drive modes including Rock Crawl. A front e-locker also remains a possibility for the Tremor at some point in the future, as Ford Authority previously reported. 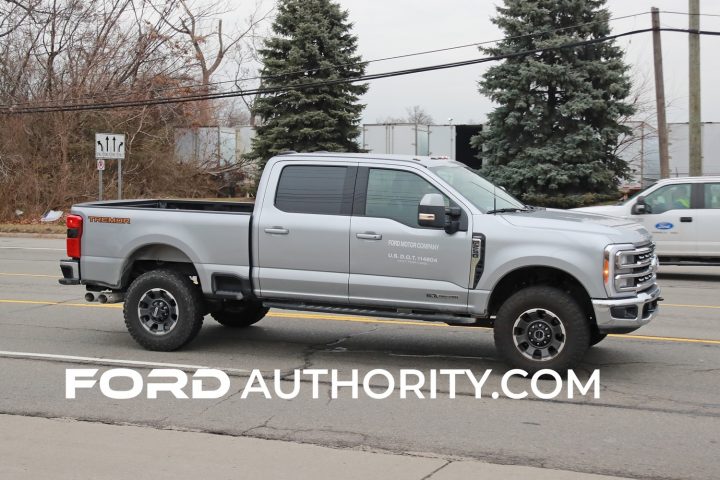 In terms of exterior design, one of the more obvious changes to the new Super Duty lies up front, where C-clamp headlights frame a new front grille design, mimicking a look that’s already quite common across The Blue Oval’s pickup lineup. Moving down the side, we get a better look at the 2023 Super Duty’s new cab, which is completely different from the one present on the current model, as well as its brand new bedside step, which is designed to make accessing items in the bed much easier. 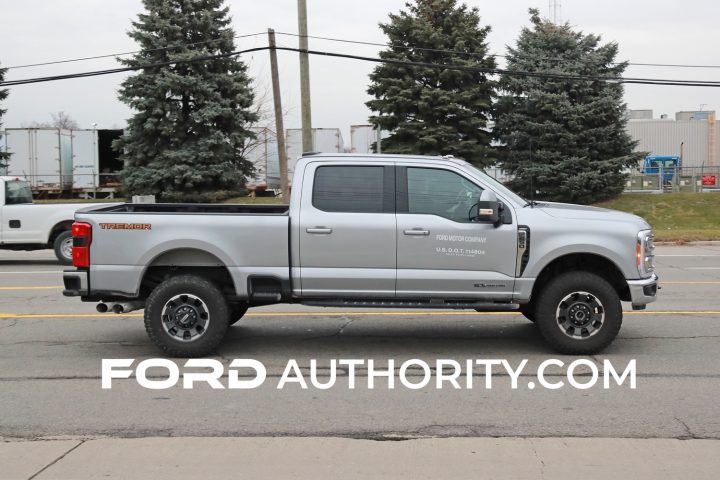 In the rear, we can see the Super Duty’s new taillight design, as well as steps that are integrated into the rear bumper. Additionally, the truck features an enhanced, integrated tailgate step to improve access there, too. As Ford Authority reported in November, the new rear bumper steps do not affect the departure or approach angles of the 2023 Ford Super Duty Tremor. Inside the cabin, the new model has also been treated to a redesign and the addition of numerous tech features, including an all-new head-up display (HUD) designed to improve safety. This particular model is powered by the turbocharged Ford 6.7L V8 Power Stroke Scorpion engine, which is available in both regular and high-output versions for the 2023 model year. 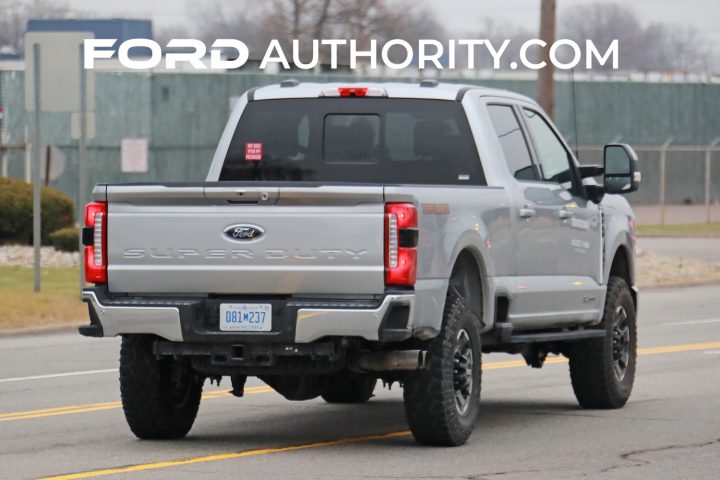 Thus far, the 2023 Ford Super Duty has proven to be a hot commodity among consumers, as The Blue Oval racked up over 50,000 orders in the first week order banks were open – a number that grew to 150,000 by the end of November. Initial Job 1 production of the brand new pickup will begin in early 2023 for XL, XLT, and Lariat trims in all cab configurations, engines, and series, from the F-250 up to the F-600. Meanwhile, Job 2 2023 Super Duty production for King Ranch, Platinum, and Limited trims will follow in the spring of 2023. 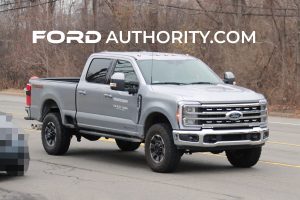 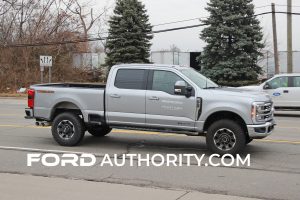 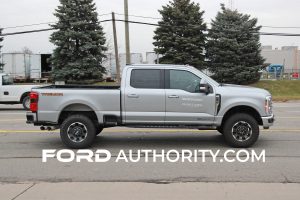 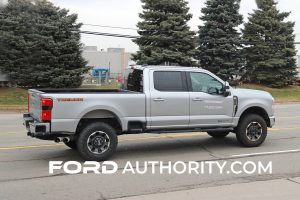 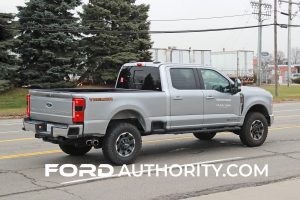 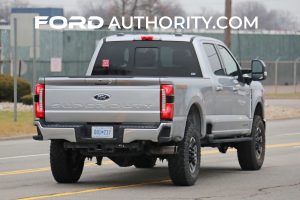