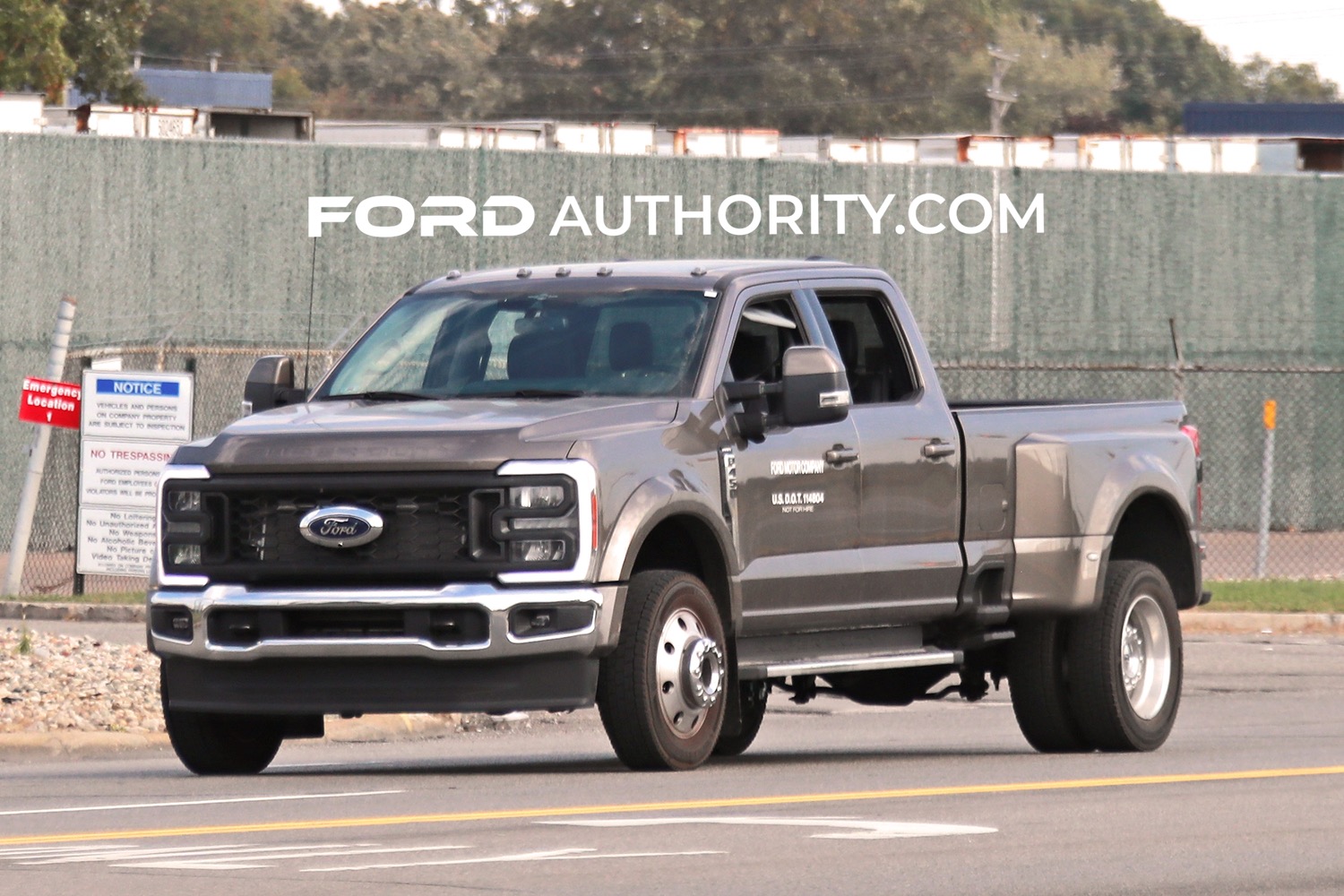 Since the 2023 Ford Super Duty made its debut back in September, Ford Authority has spotted various configurations of the heavy duty pickup out and about, including an F-600 XL chassis cab, an F-350 Limited, an F-250 King Ranch Tremor, an F-350 Regular Cab, an F-350 XL Chassis Cab, and an F-250 XL with the STX Appearance Package. We’ve even spotted a Ford F-350 Limited in Stone Gray and a Ford F-450 Lariat on separate occasions, and now, we’ve spotted a 2023 Ford F-450 Lariat in Stone Gray as well. 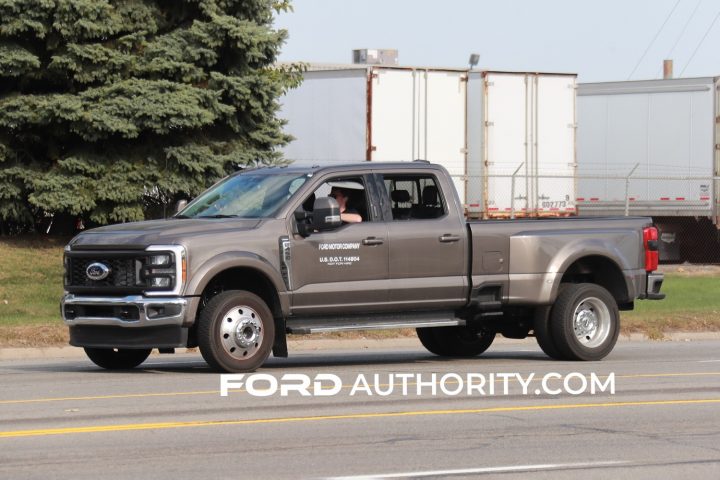 The Stone Gray exterior color is new for the 2023 model year. Interestingly, this particular 2023 Ford F-450 appears to lack a handful of chrome elements on its exterior. It does feature body-color mirror caps and chrome bumpers out back, along with the integrated Side Bed Step out back as well as the Integrated Rear Bumper Step to make it easier to access the bed from all angles. 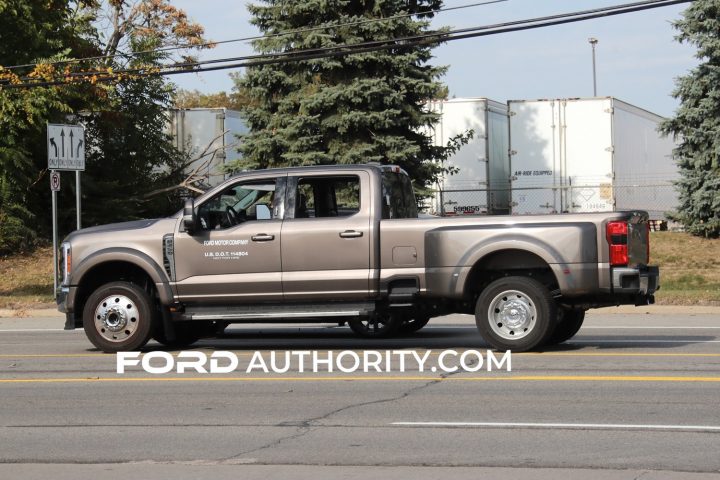 The 2023 Ford Super Duty features a host of technology to make towing and daily driving less of a hassle. This includes Onboard Scales with Smart Hitch, the 360-Degree Trailer Camera System, Blind Spot Information System for Fifth Wheel & Gooseneck, Tailgate Down Camera and Tailgate Down Reverse Sensing System, Pro Trailer Hitch Assist, and Trailer Navigation, all of which aim to make hauling and towing much simpler. Additionally, it features the enhanced integrated tailgate step, and XLT trim and above now feature four-wheel-drive capabilities as standard, as is the turbodiesel 6.7L V8 Power Stroke Scorpion engine. 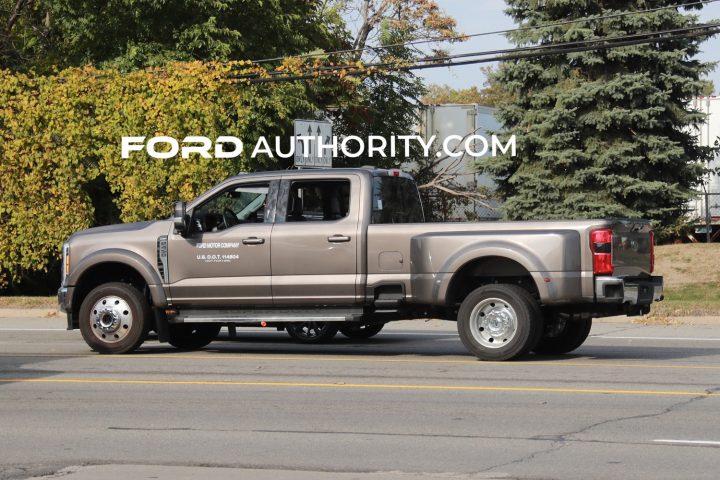 As a reminder, the 2023 Ford F-450 has a frame that’s been strengthened in several key areas in order to facilitate the “most towing, payload, torque, and horsepower of any heavy-duty full-size truck,” according to The Blue Oval. 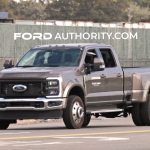 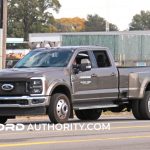 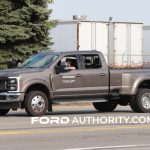 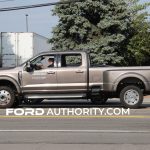 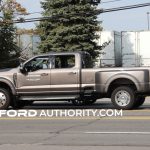 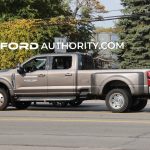