Prior to the reveal of the all-new 2023 Ford Super Duty in late September, Ford Authority spotted a number of prototypes of the redesigned pickup driving around, including an F-450 towing a trailer and another F-450 finished in the more luxurious King Ranch trim. Since the new truck’s reveal, Ford Authority has spied a variety of other F-450 dually models out and about, including a Lariat finished in Stone Gray, as well as a black Lariat. Now, we’ve also spotted a 2023 Ford F-450 Super Duty Limited, this time finished in Rapid Red. 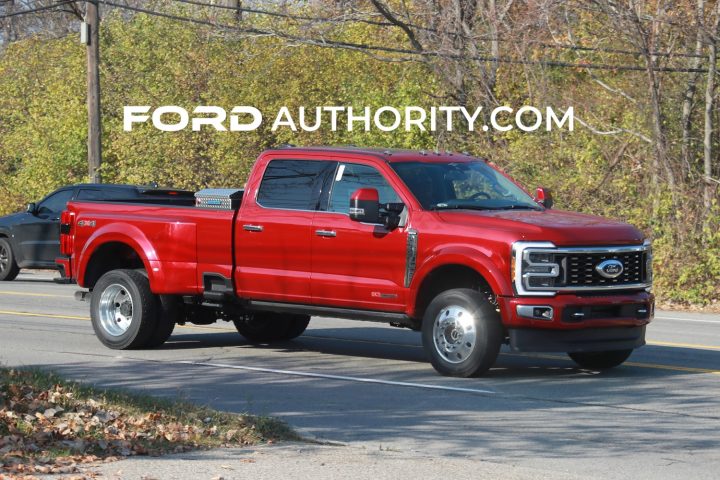 This 2023 Ford F-450 Super Duty Limited is a Crew Cab model, features dual rear wheels, and is equipped with four-wheel drive, hence its taller stance. Its Rapid Red finish is accented by an abundance of shiny trim, covering the front grille bar, door handles, and various other bits and pieces throughout, though the mirror caps are finished in body color. 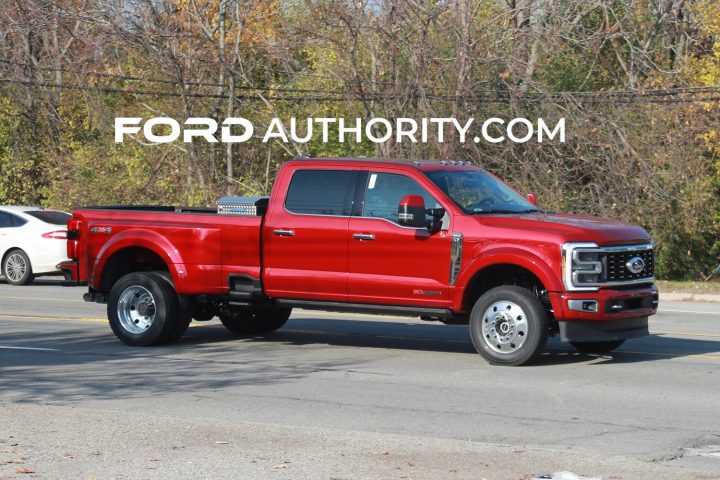 Moving down the side and rear, we get a better look at the truck’s new Integrated Side Bed Step and Integrated Rear Bumper Step, both of which are designed to make reaching cargo in the bed or gaining access to it in general a bit easier. 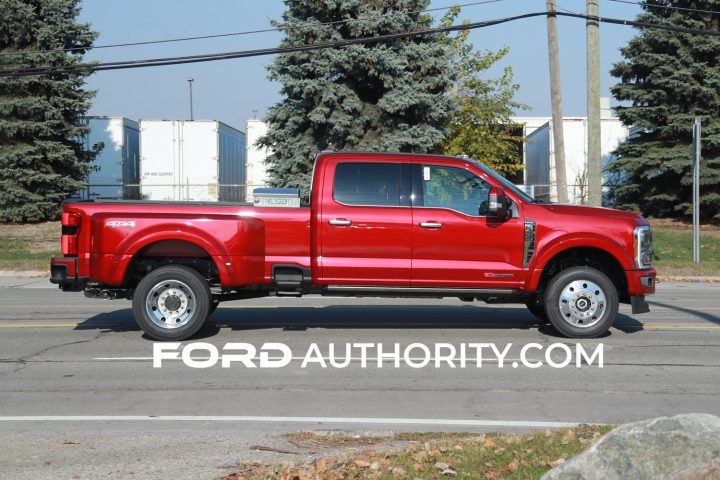 In addition to fresh styling inside and out, as well as the presence of new tech features, the 2023 Ford Super Duty also gets a revised powertrain lineup with a new gas 6.8L V8 that replaces the outgoing 6.2L V8 as the entry level offering. More power across the board, along with a strengthened frame – give the new Super Duty the most towing, payload, torque, and horsepower of any heavy-duty full-size truck. 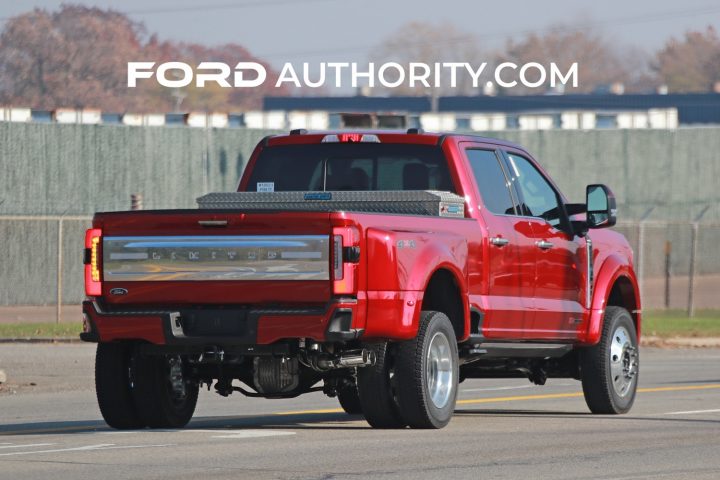 As Ford Authority reported in October, Job 1 2023 Ford Super Duty production will begin in early 2023 for XL, XLT, and Lariat trims in all cab configurations, engines, and series, from the F-250 up to the F-600. Meanwhile, Job 2 2023 Super Duty production for King Ranch, Platinum, and Limited trims will follow in the spring of 2023. 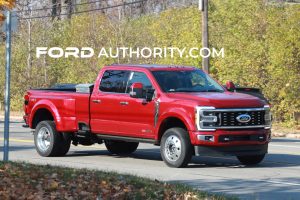 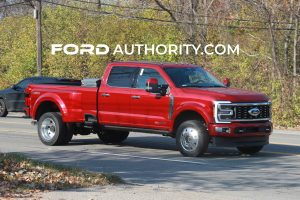 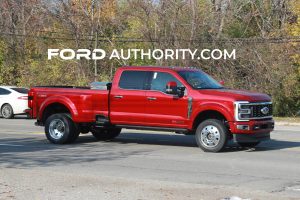 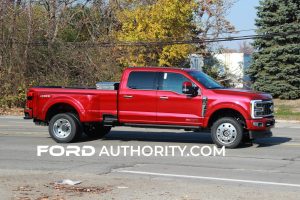 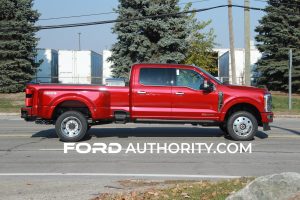 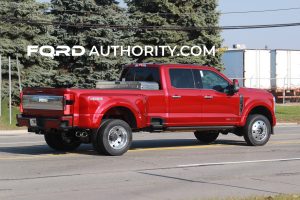 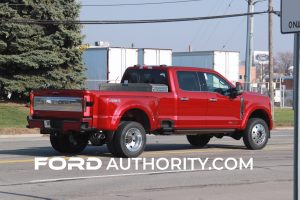 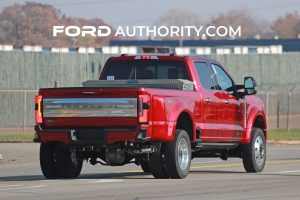