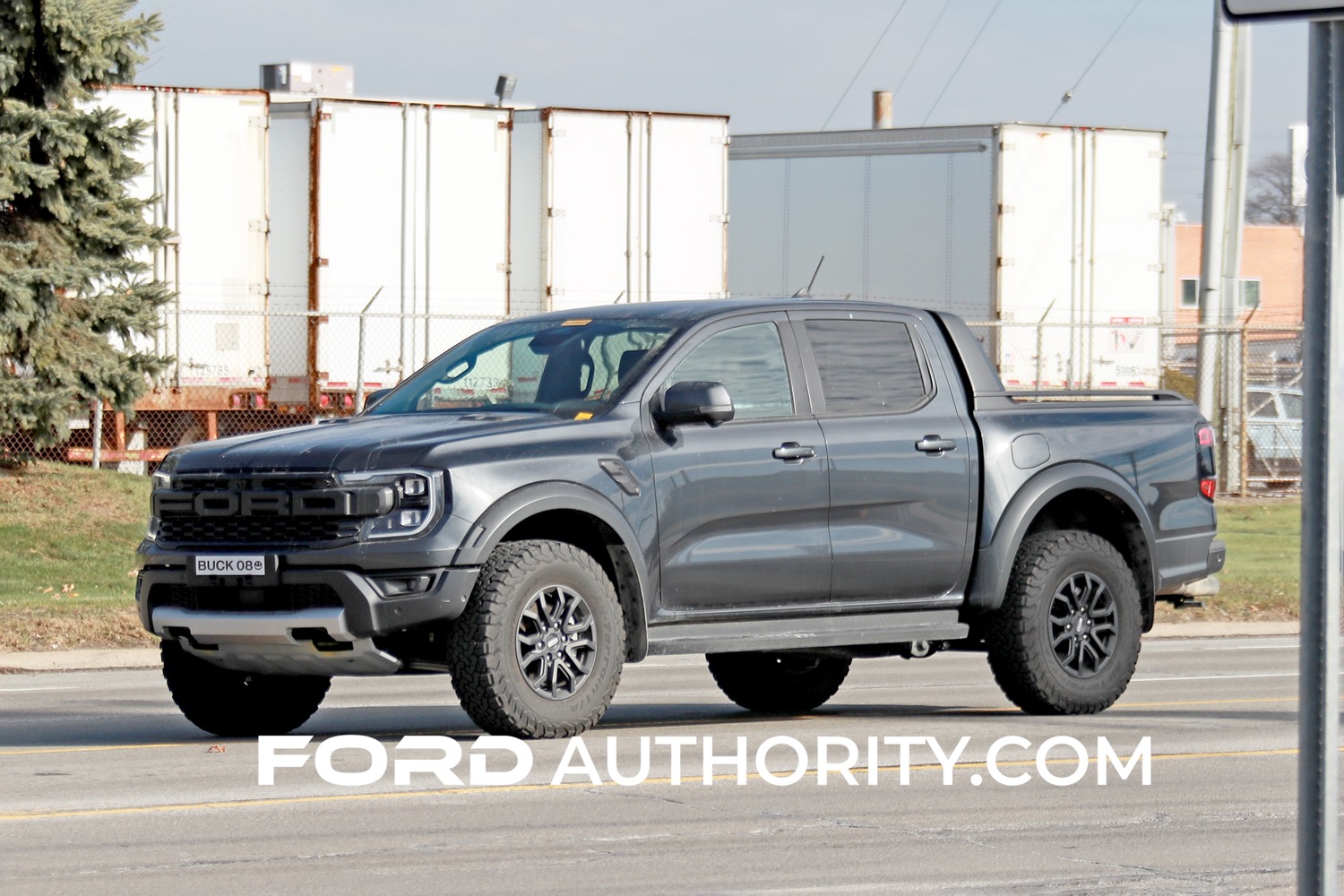 The next-generation Ford Ranger Raptor made its debut in early 2022, with order banks for the international market opening shortly thereafter in Europe. Ford Authority has kept an eye out for the pickup on public roads, and we’ve already spotted several, including one wearing Code Orange paint, another in Blue Lightning, and a Euro-spec variant earlier this year. Now, we’ve spotted yet another Euro-spec Ranger Raptor making the rounds. 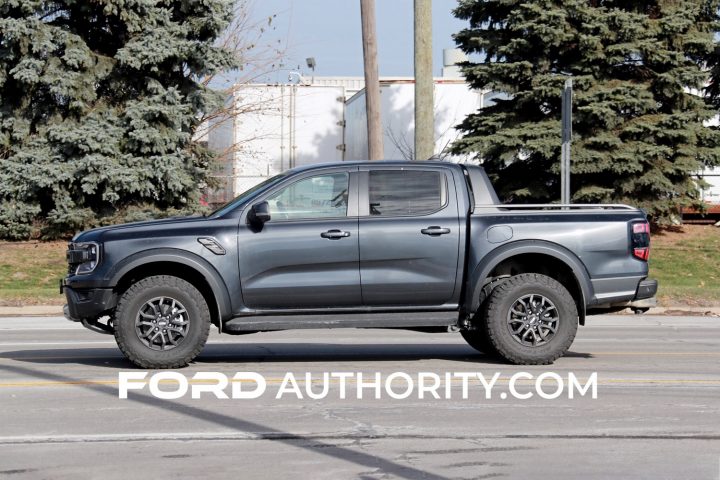 This particular 2023 Ford Ranger Raptor is painted in Meteor Grey. Perhaps its most notable feature is that of the bold Ford script up front, affixed to the grille in congruence with the Raptor design language seen on other models. It also sports a more aggressive look than the current Ranger model, and features Ford’s signature C-clamp headlights bracketing the front grille, along with matrix LED headlights and a vented hood.

Other factors distinguishing the Ranger Raptor from its “regular” cousins are the LED taillamps, and of course, the blacked-out Raptor badging on the tailgate. 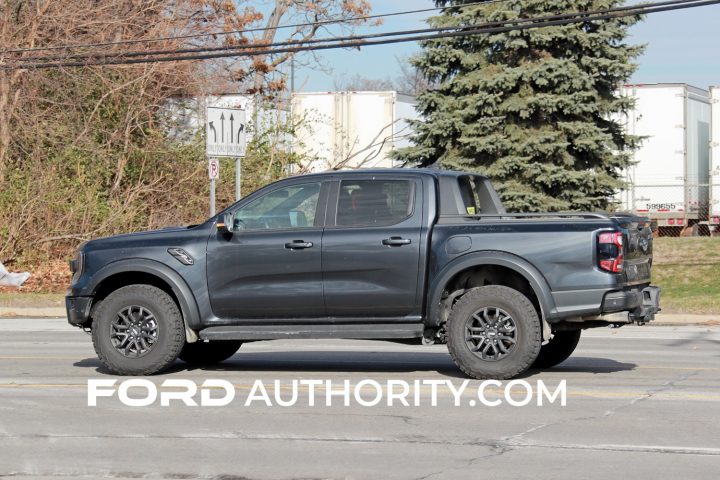 Under that vented hood, the Ranger Raptor harnesses The Blue Oval’s 3.0L EcoBoost V6, as first reported by Ford Authority over a year ago. The European version of this powerplant is rated to produce 284 horsepower and 362 pound-feet of torque, although the Australian and U.S. variants will be quite a bit more powerful, boasting 392 horses and 430 pound-feet of torque. 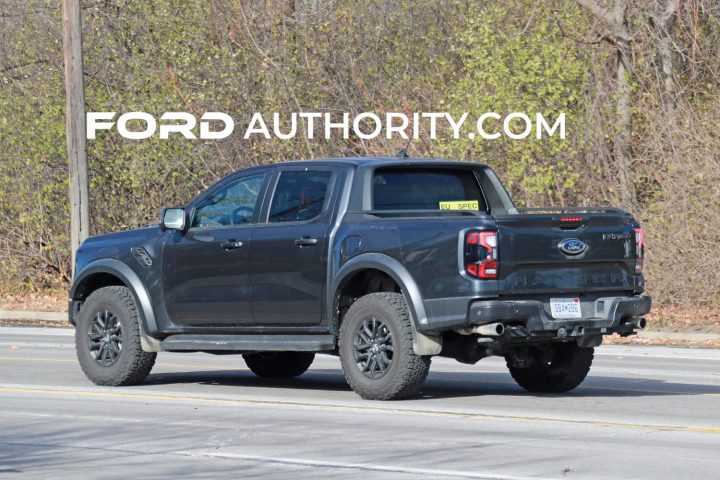 Speaking of the U.S. variant, the forthcoming Ford Ranger is expected to launch in the latter half of 2023 as a 2024 model year vehicle. Under the hood, the current 2.3L EcoBoost I4 is expected to remain standard on all “regular” models, while power is relayed via Ford’s 10-speed automatic transmission. The pickup rides on Ford’s T6 platform.

Want the latest on all things Blue Oval and the next-generation Ford Ranger? Then be sure and subscribe to Ford Authority for more Ford Ranger news and around-the-clock Ford news coverage. 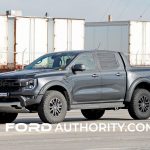 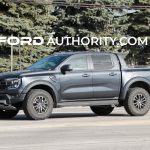 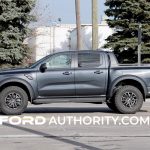 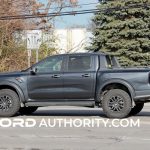 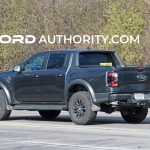