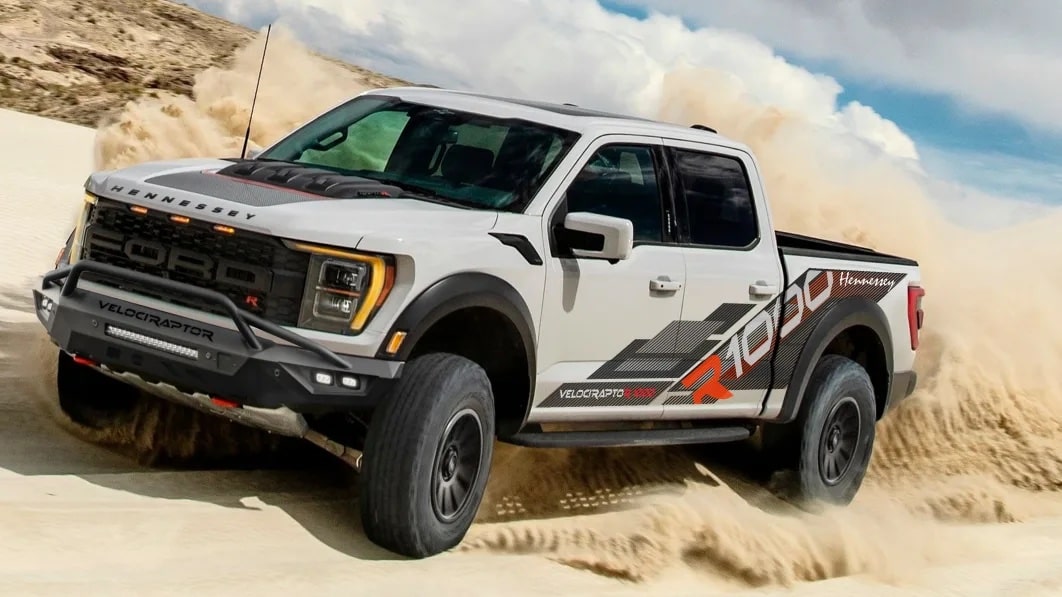 For years now, Hennessey Performance has been cranking out high-horsepower versions of many different kinds of vehicles, including a number of Blue Oval products. Most recently, those have centered around the sixth-generation Ford Bronco in the form of the VelociRaptor 400 and VelociRaptor 500, with the latter model being based on the more hardcore Ford Bronco Raptor, as well as the Ford F-150 Raptor and its wild six-wheeled VelociRaptor 6×6. Thus, it was only a matter of time before the Texas-based tuner turned its attention to the new F-150 Raptor R, and that’s precisely what it has done with the 2023 Hennessey VelociRaptor 1000. 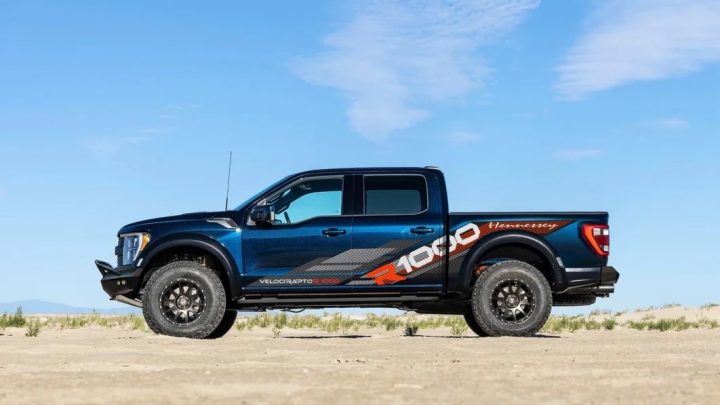 Like its other products, the “1000” part of the 2023 Hennessey VelociRaptor 1000 refers to its output, which actually comes in at 1,013 raging ponies and 850 pound-feet of torque – hefty increases over the stock supercharged Ford 5.2L V8 and its ratings of 700 horsepower and 640 pound-feet. As one might imagine, getting there required the addition of a handful of upgrades, however. 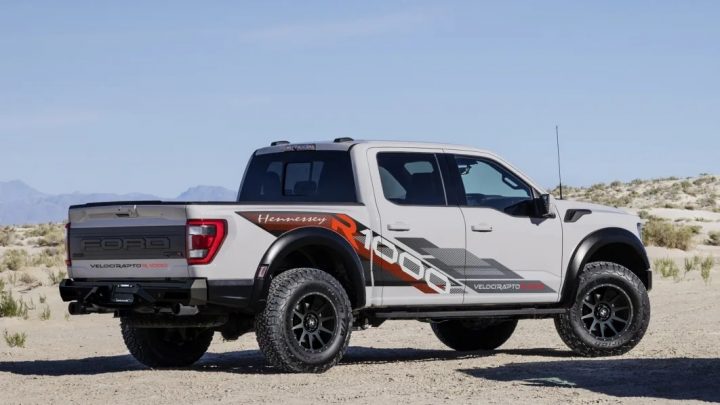 The biggest is a larger 3.8L supercharger, which replaces the stock 2.65L Eaton TVS R2650 unit. From there, Hennessey adds bigger fuel injectors, fuel lines, a high-flow intake, and a beefier supercharger belt before putting the whole thing on the dyno to tune it and extract as much extra power as possible. 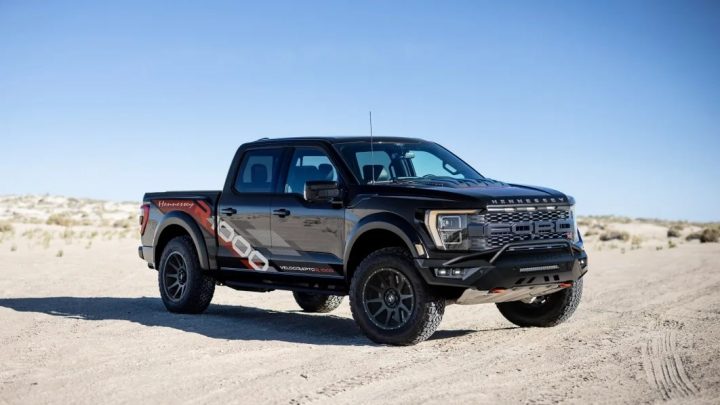 Hennessey also gives the Raptor R a few visual upgrades to set it apart from the stock pickup, including special exterior graphics, VelociRaptor bumpers, badging, a front LED light bar, 20-inch wheels wrapped with 37-inch tires, and a serialized plaque to prove just how special this truck really is. The 2023 Hennessey VelociRaptor 1000 is scheduled to enter production next year, and customers interested in securing one can do so via a participating Ford dealer or through the tuner itself. As far as pricing goes, well, Hennessey hasn’t finalized that yet, but given the fact that the stock Raptor R starts out at over $100k, it certainly won’t be cheap.