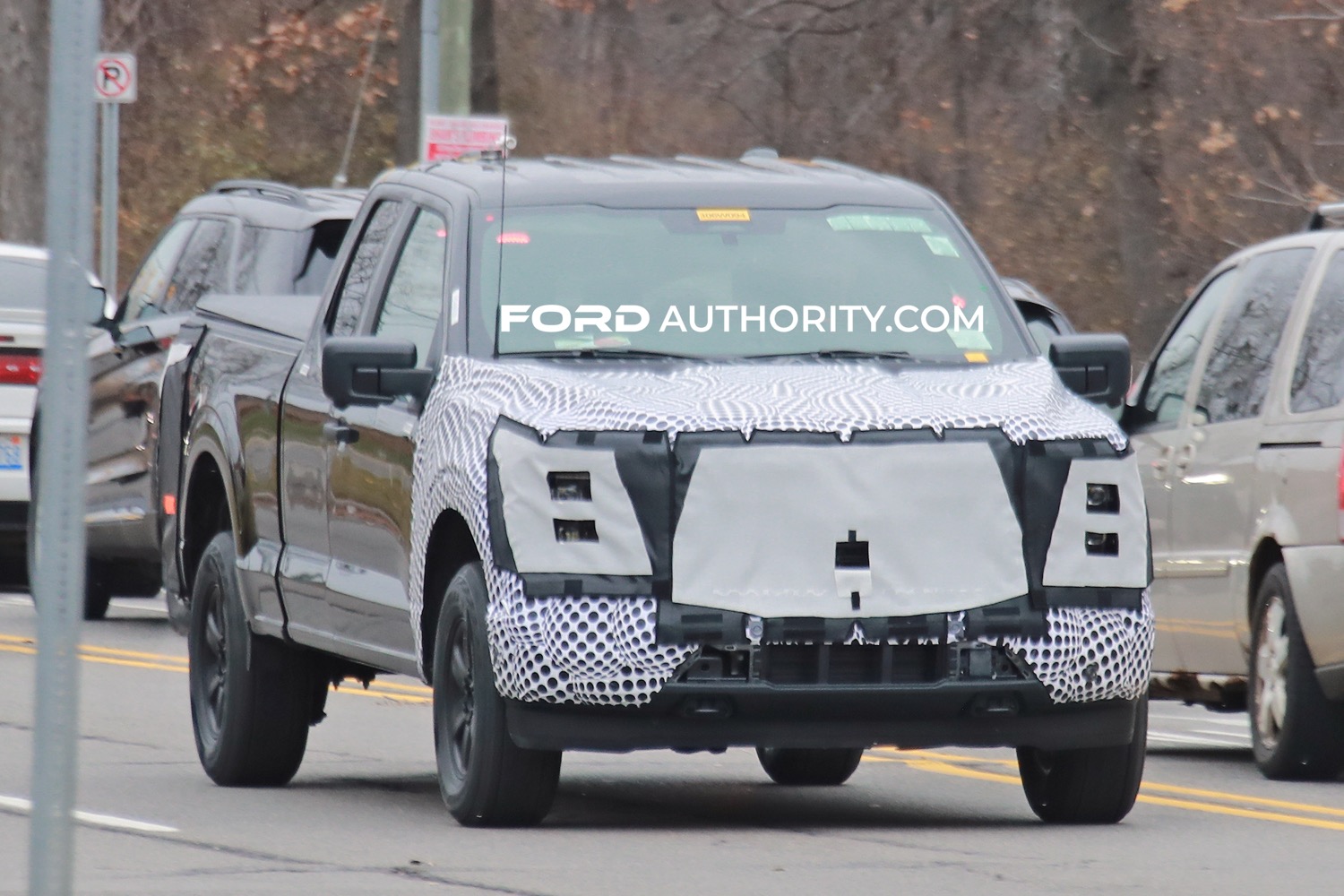 Back in September, Ford Authority reported that the Ford F-150 is expected to receive a mid-cycle refresh in 2023 for the 2024 model year, which falls right within the typical timeline for the perennially best-selling pickup after it was treated to a redesign for the 2021 model year. This would give it a regular product cadence of six years – three for the pre-refresh model and three for the post-refresh pickup, as was the case with the previous generation. Now, Ford Authority has spotted a 2024 Ford F-150 out testing for the very first time, and even though it’s clad in heavy camo, there are a few things that we can surmise from these photos. 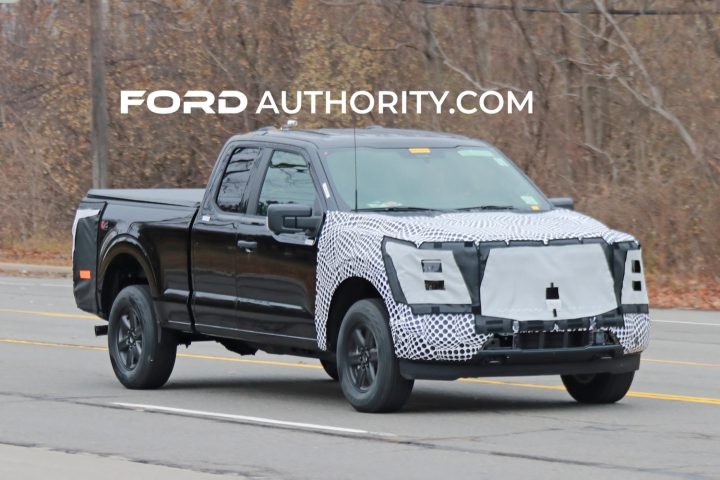 For starters, the overall shape of this 2024 Ford F-150 prototype is very similar to the current model, which is to be expected from a basic refresh. The Blue Oval isn’t trying to reinvent the wheel here, but rather, keep the F-150 up to date in the hyper-competitive light-duty truck segment. As such, only the front and rear portions of this prototype are covered in camo, while the center/cab section looks essentially identical to the existing model. 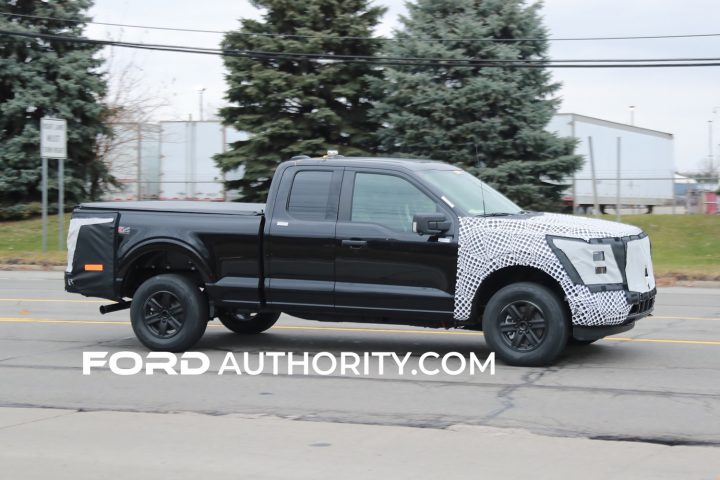 What is notable is the fact that the tailgate is covered in heavy camo on this prototype as well, meaning that it could be hiding a pretty big change. As Ford Authority exclusively reported back in 2020, FoMoCo has been working on its own multifunction tailgate for the F-150 that’s expected to be similar to units already present on General Motors and Ram pickups. Adding fuel to the rumor fire is the fact that Ford filed a patent for a multifunction tailgate back in January. Finally, a set of EPA exhaust tips are present beneath the rear bumper, too. 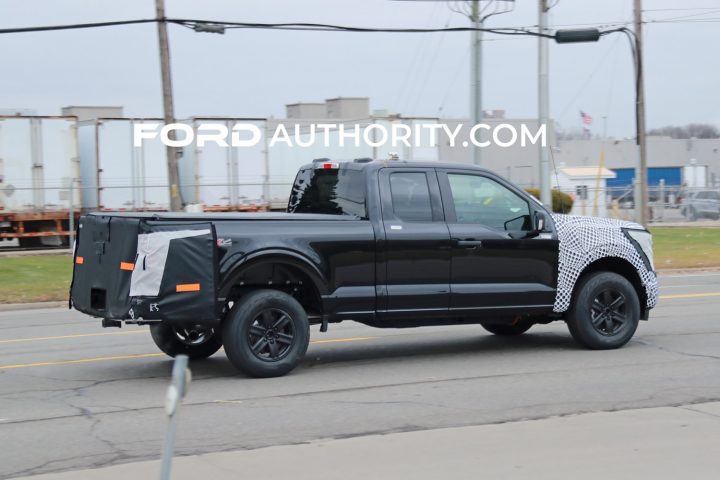 Aside from revised front and rear fascias, the 2024 Ford F-150 will likely get some interior revisions as well – the types of changes we’ve come to expect from mid-cycle refreshes from The Blue Oval, particularly in terms of its pickups. That could include the addition of a new infotainment system powered by Google, which has yet to debut but is expected to arrive in the near future. As Ford Authority previously reported, the potential Sync 4 successor was expected to launch on the 2023 Ford F-150 Lightning, but that did not happen. 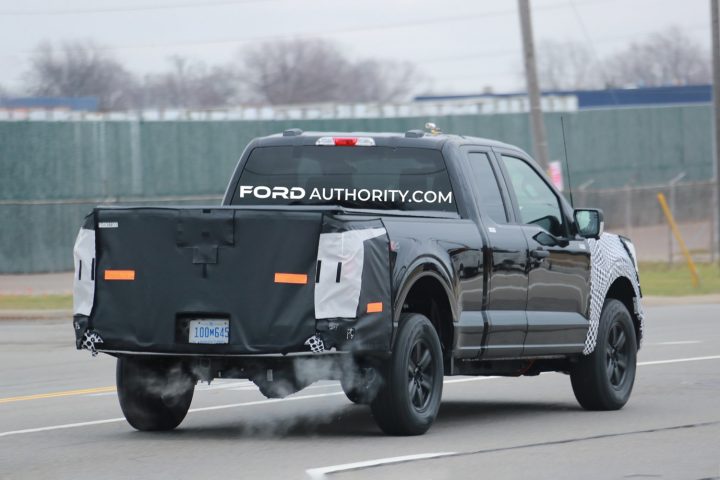 At this moment, it is unclear if the F-150 Lightning will be refreshed alongside the ICE F-150. Ford CEO Jim Farley recently stated that the second generation Lightning won’t utilize the gasoline pickup’s platform, a statement that potentially hints at a shorter lifespan for the fully electric variant that follows its own timeline outside of its internal combustion powered counterpart. 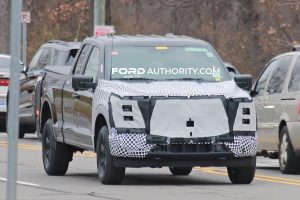 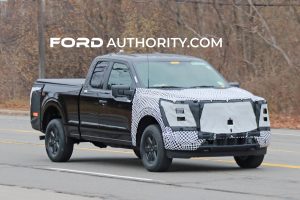 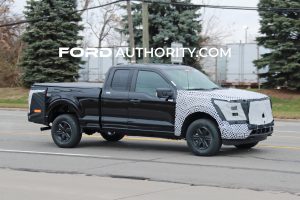 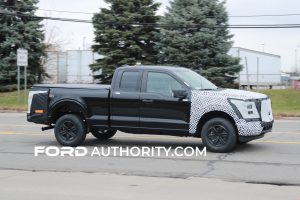 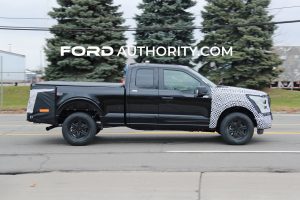 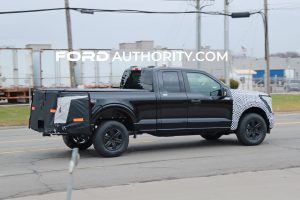 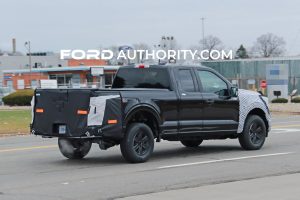 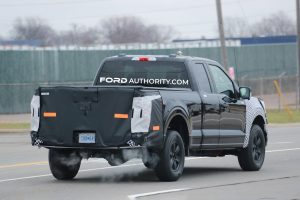