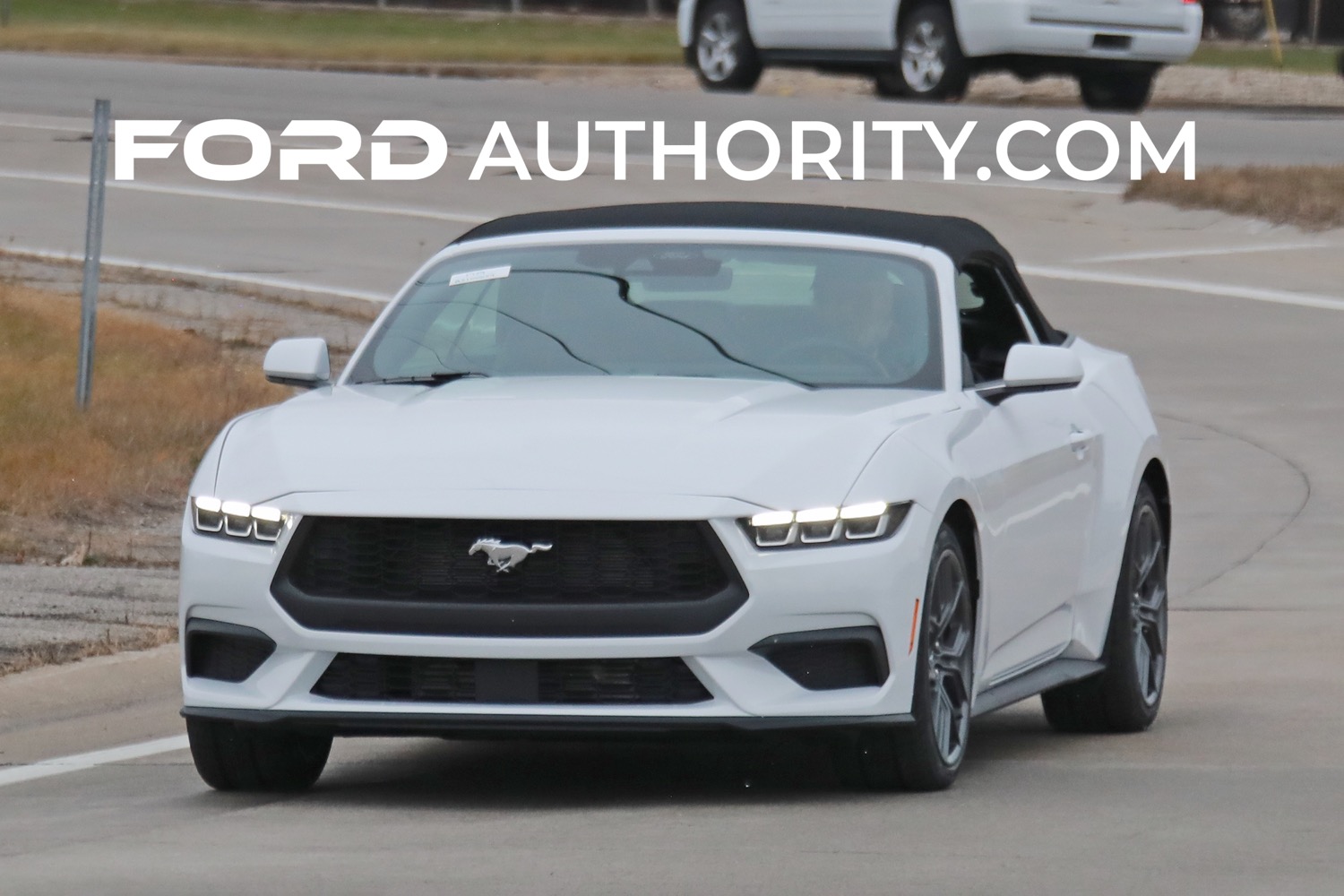 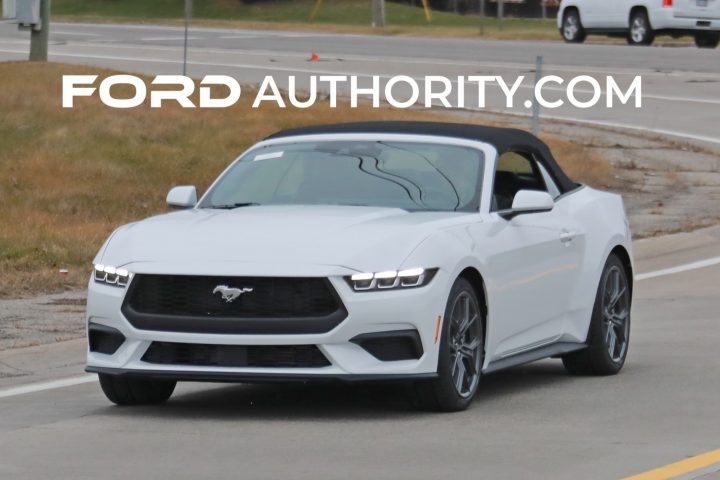 On the outside, the S650 retains the same overall shape as the current, S550-gen pony car, but the 2024 Ford Mustang GT and EcoBoost models represent more than a simple refresh, with both wearing distinctive styling that makes each easy to distinguish from the other. The 2024 Ford Mustang GT is equipped with larger, more aggressive grille openings that are engineered to increase airflow, as well as new hood vents and a redesigned front splitter, as opposed to the simpler appearance of this 2024 Ford Mustang EcoBoost convertible, which is further accentuated by its white paint. 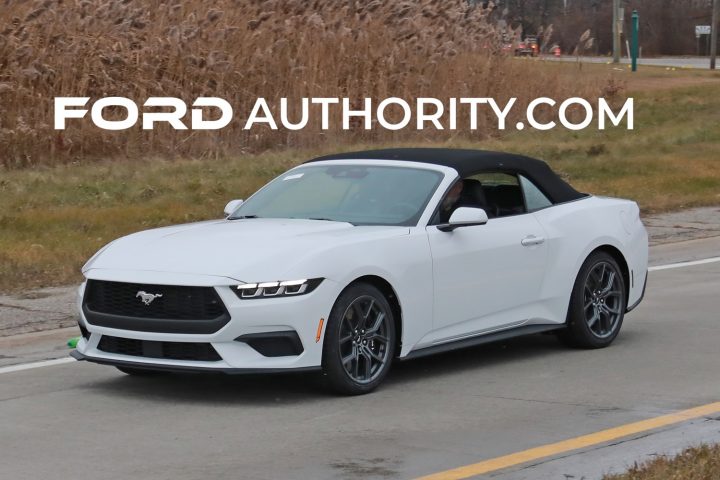 The 2024 Mustang is available in 11 different exterior colors, and customers can chose from a variety of new stripe colors and designs as well, with wheel options ranging in diameter from 17 inches to 20 inches, and three different brake caliper color choices – Grabber Blue, black, and red. 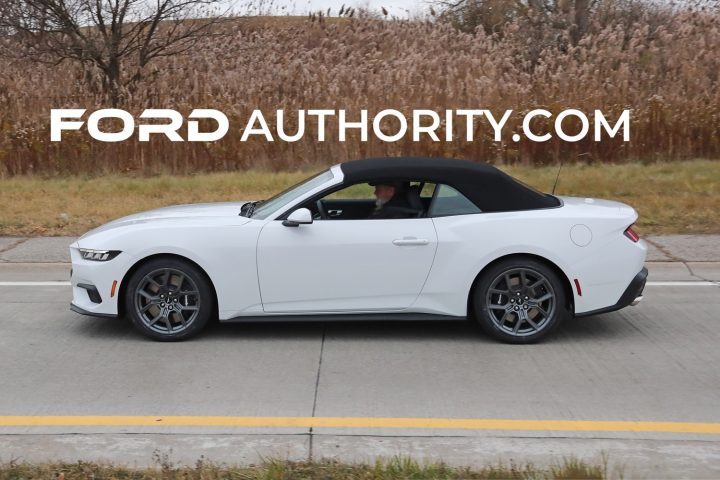 Much bigger changes have taken place inside the cabin, however, where the iconic pony car has been treated to a total makeover complete with a fighter jet-inspired cockpit sporting a flat-bottom steering wheel, a 12.4-inch digital instrument cluster, and a new 13.2-inch infotainment screen running Sync 4. 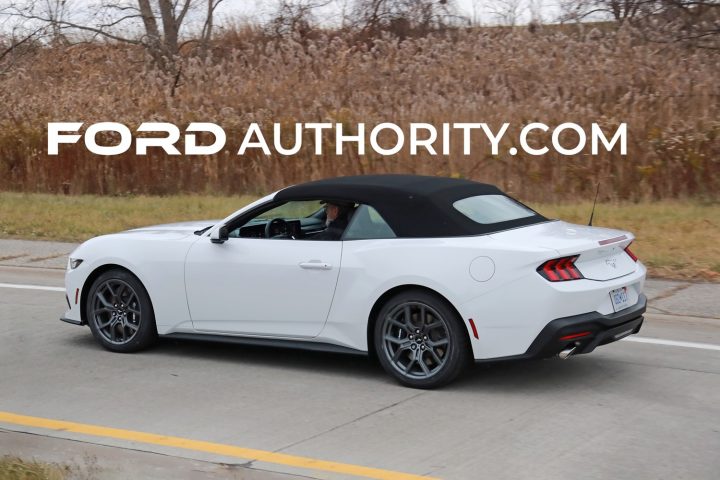 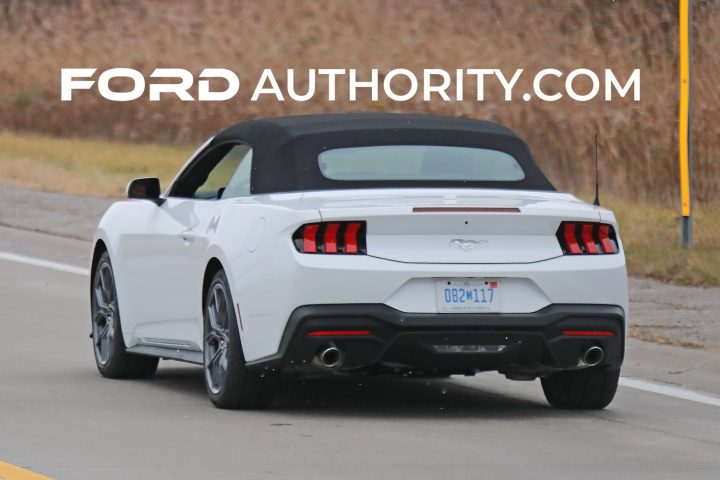 We’ll have more on the 2024 Mustang soon, so be sure and subscribe to Ford Authority for more Ford Mustang news and non-stop Ford news coverage. 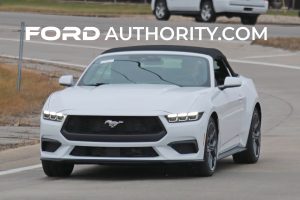 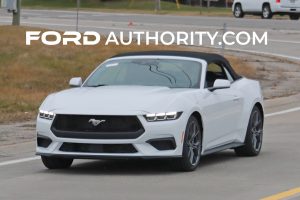 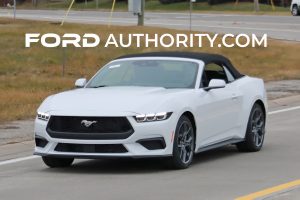 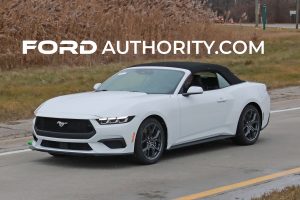 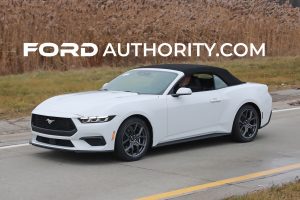 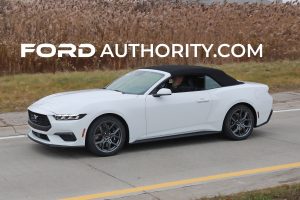 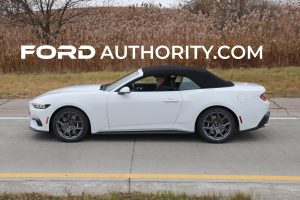 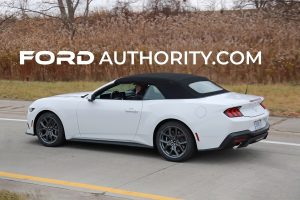