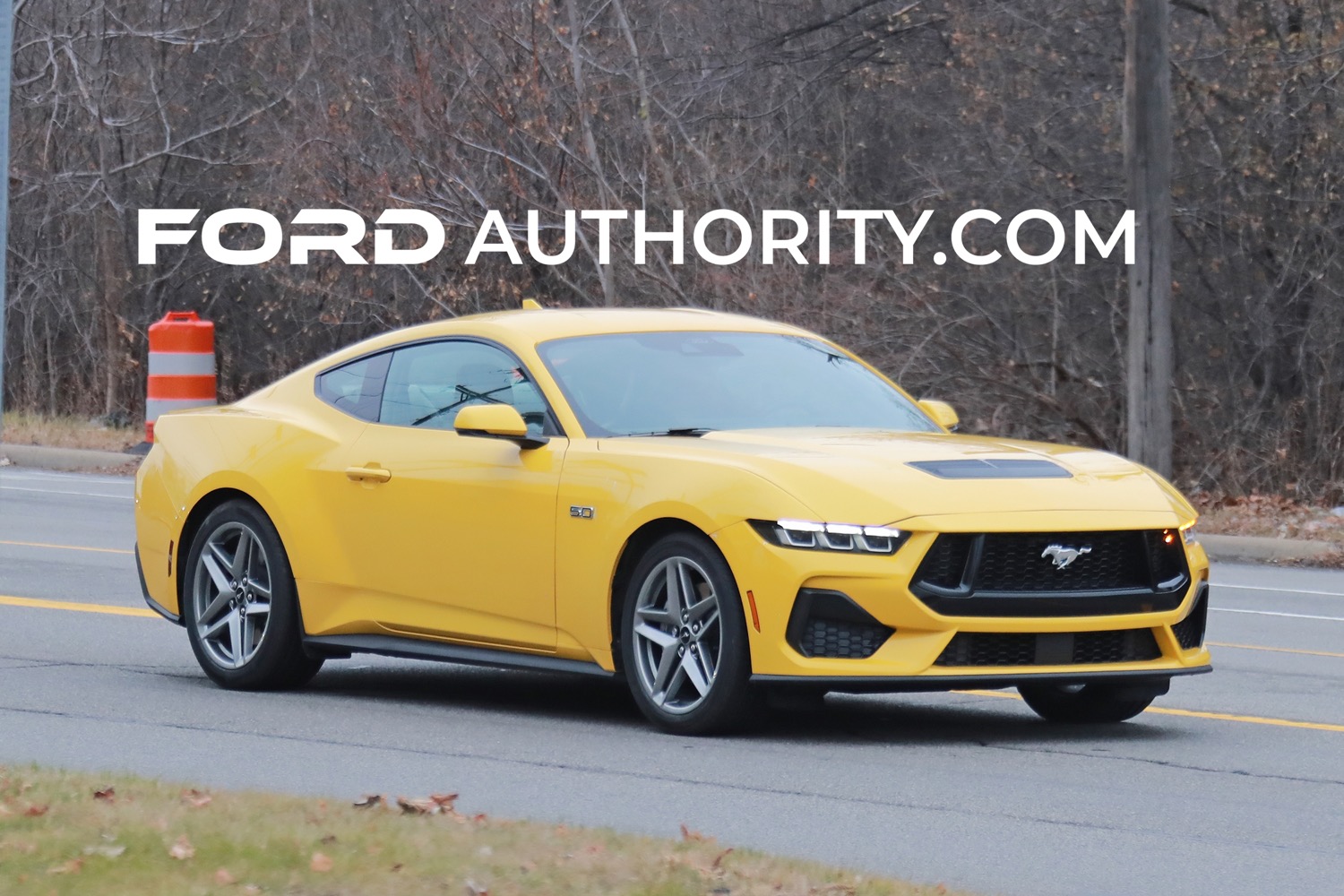 Since its unveiling back in September, Ford Authority has spotted a host of 2024 Ford Mustang GT examples out driving around sporting different colors, features, and packages, including a coupe with the Bronze Design Series Appearance Package and stripes, an Oxford White coupe with the same package, another Oxford White coupe, a Rapid Red convertible, a gray coupe, a coupe with the Performance Pack and stripes, and a yellow coupe. Now, Ford Authority has come across yet another 2024 Ford Mustang GT – this time a coupe finished in Yellow Splash. 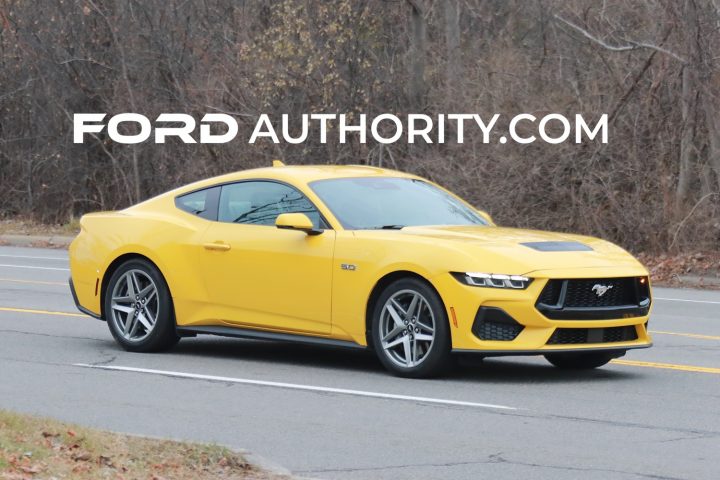 Yellow Splash is one of 11 different exterior colors available on the new pony car, as well as one of two brand new hues, along with Vapor Blue. Additionally, the 2024 Mustang is available with a variety of new stripe colors and designs, as well as wheel options ranging from 17 inches to 20 inches in diameter and three different brake caliper color choices – Grabber Blue, black, and red. 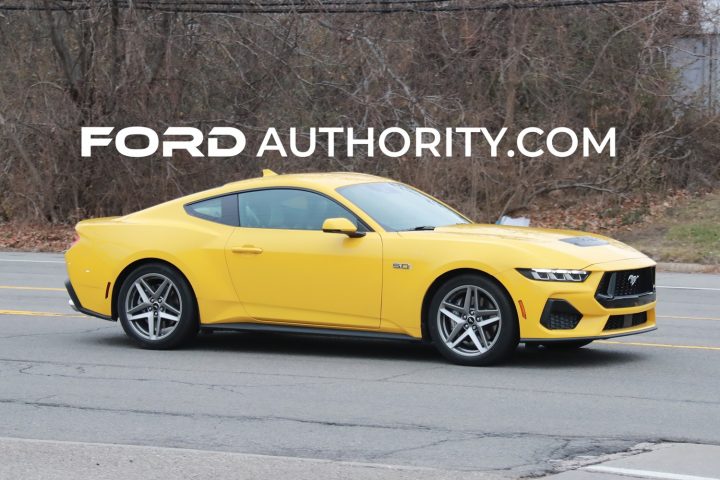 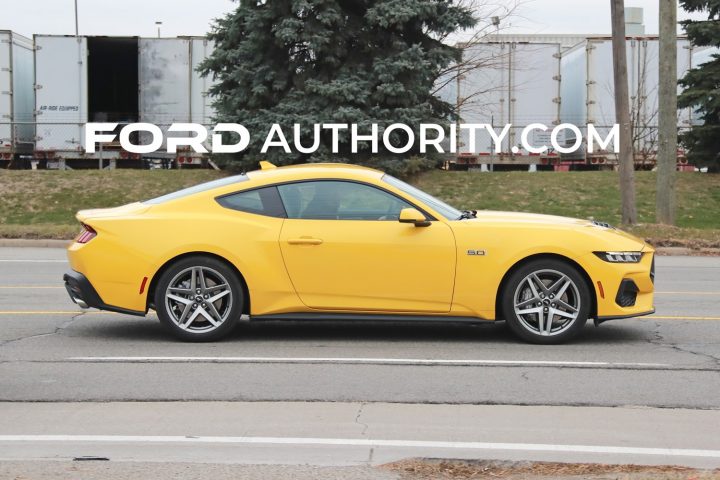 Inside the cabin, the legendary pony car has been treated to a total makeover complete with a fighter jet-inspired cockpit sporting a flat-bottom steering wheel, a 12.4-inch digital instrument cluster, and a new 13.2-inch infotainment screen running Sync 4. In terms of powerplants, the GT’s naturally-aspirated Ford 5.0L V8 Coyote gets a bit of a boost for the new generation and generates 480 horsepower and 415 pound-feet of torque in regular guise or 486 horsepower and 418 pound-feet  when equipped with the optional active exhaust. 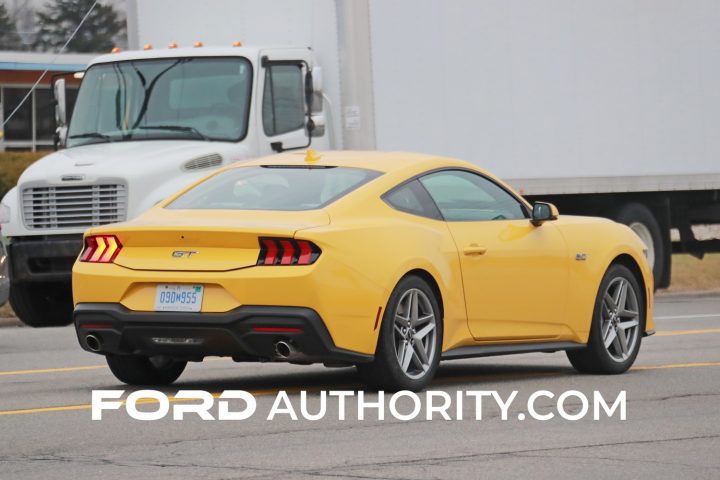 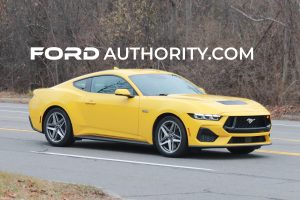 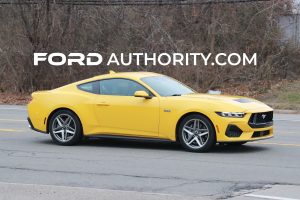