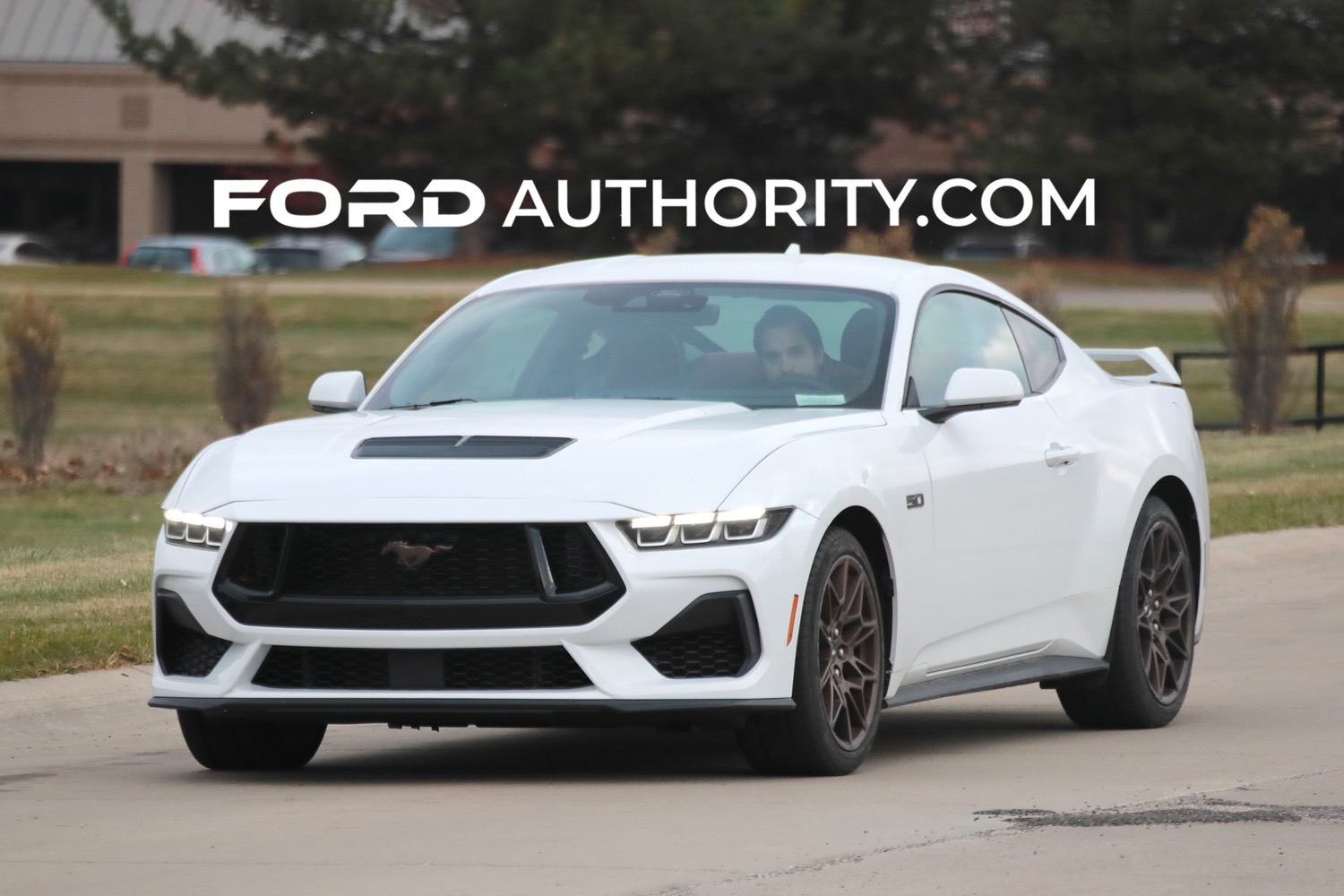 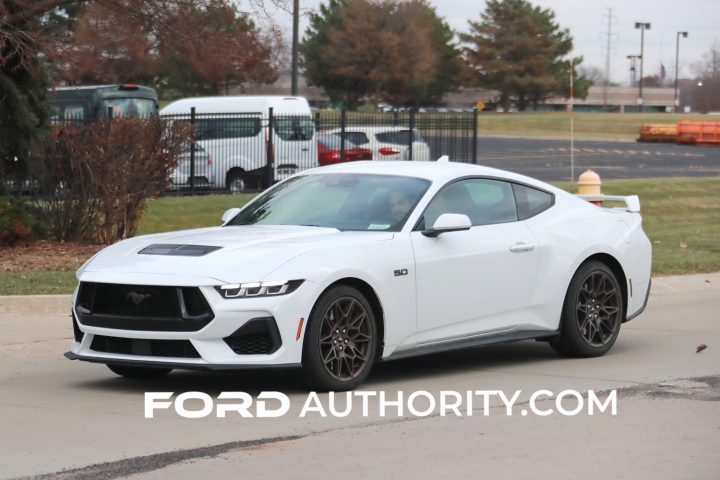 Though it looks a lot like the current, S550-gen model, the 2024 Ford Mustang GT and EcoBoost models represent more than a simple refresh, with both sporting distinctive styling. The 2024 Ford Mustang GT also wears larger, more aggressive grille openings that are engineered to increase airflow, as well as new hood vents and a redesigned front splitter. 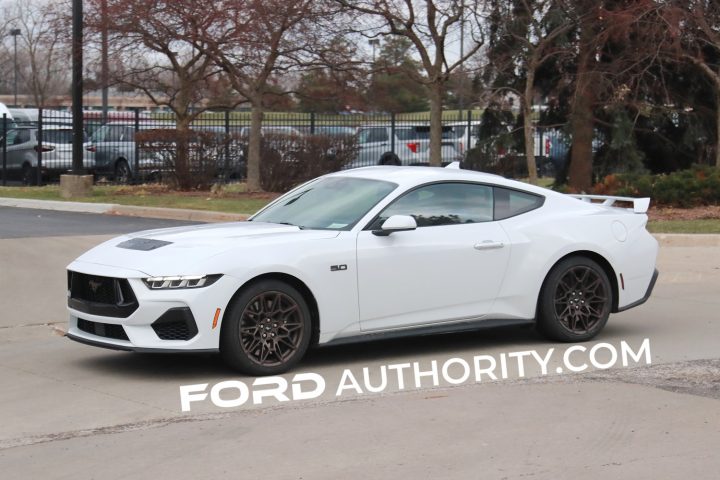 The all-new 2024 Ford Mustang is available in a grand total of 11 exterior colors, as well as with new stripe colors and designs, wheel options ranging from 17 inches to 20 inches, and three different brake caliper color choices – Grabber Blue, black, and red. This particular example also features bronze exhaust tips, though Ford hasn’t yet revealed the entire contents of the Bronze Appearance Package. However, we do know that the new package is available on both EcoBoost and GT models with or without the Performance Pack, and comes with Sinister Bronze alloy wheels and bronze badges. 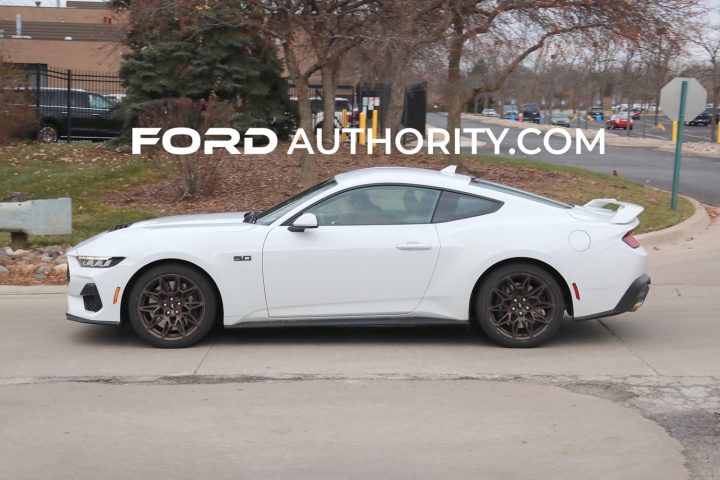 In terms of powerplants, base 2024 Mustang models come equipped with a brand new version of the turbocharged Ford 2.3L I-4 EcoBoost engine, though the S650 EcoBoost isn’t available with a six-speed manual transmission, as that gearbox has been reserved for V8-powered models only. Ford hasn’t yet released official power figures for either engine, but as Ford Authority exclusively reported recently, the GT’s naturally-aspirated Ford 5.0L V8 Coyote will generate the same 450 horsepower as the current S550 model – which was later confirmed by a leaked window sticker. 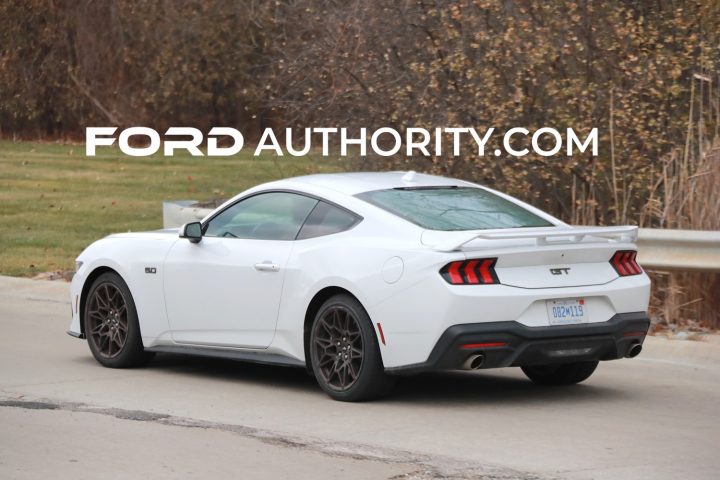 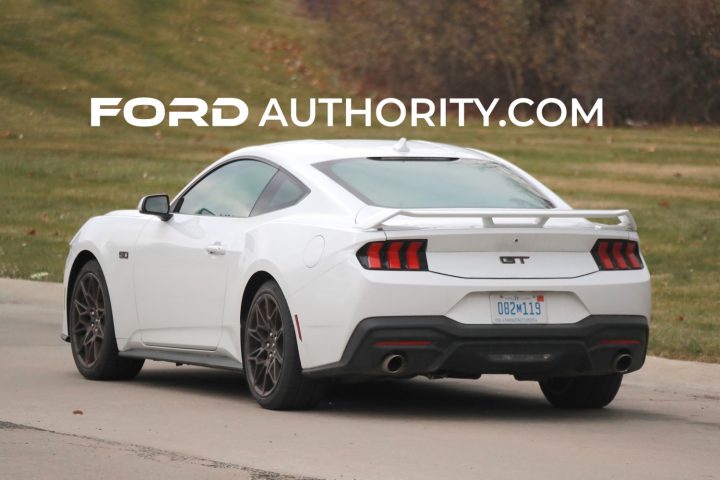 The all-new, redesigned 2024 Ford Mustang just wrapped up its validation testing as Ford Authority reported earlier today, will continue to be produced at the Flat Rock Assembly plant in Michigan, and is currently scheduled to launch in the U.S. in the summer of 2023 and Europe later next year. 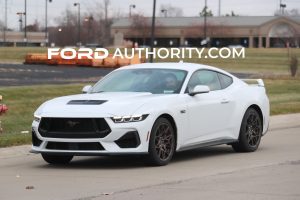 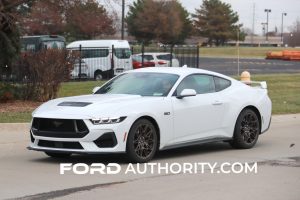 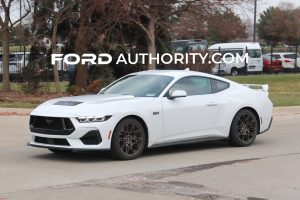 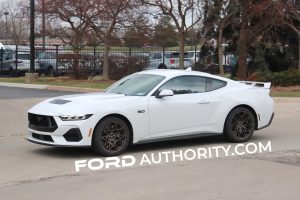 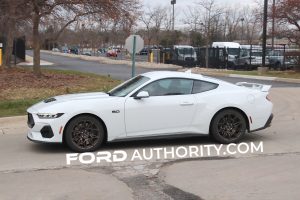 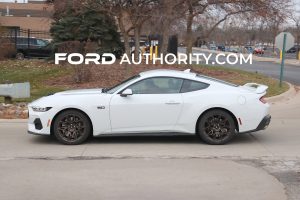 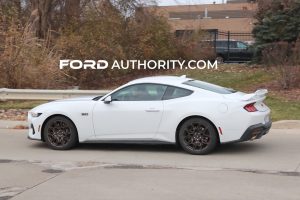 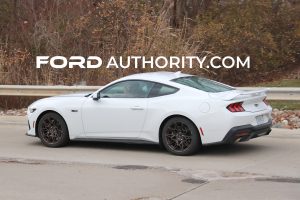 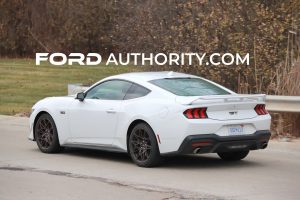 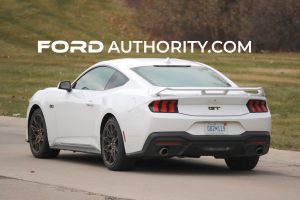