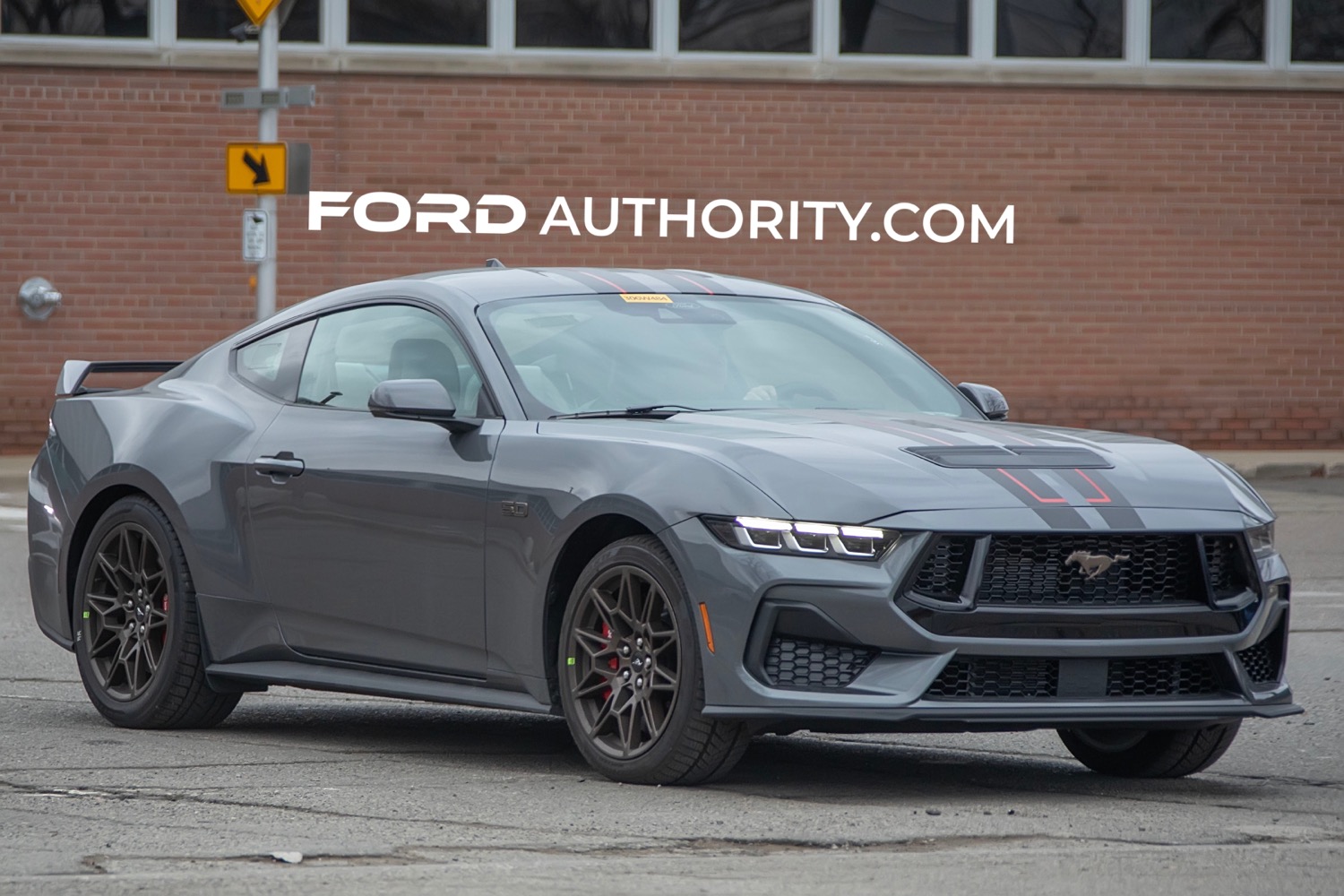 Following its debut in September, Ford Authority has spotted a number of 2024 Ford Mustang variants driving around, including an EcoBoost base model, an EcoBoost convertible, an EcoBoost equipped with the optional Performance Pack, an EcoBoost coupe with multi-spoke wheels, a gray GT coupe, a yellow GT coupe, a silver GT coupe equipped with the Performance Pack, a GT coupe painted Oxford White, another Oxford White GT equipped with the Bronze Design Series Appearance Package, a GT convertible finished in Rapid Red, and the higher-performance Dark Horse, as well as one equipped with winter tires. Now, Ford Authority has obtained photos of yet another 2024 Ford Mustang GT, this time a coupe with the Bronze Design Series Appearance Package and stripes – the first time we’ve seen this particular combination. 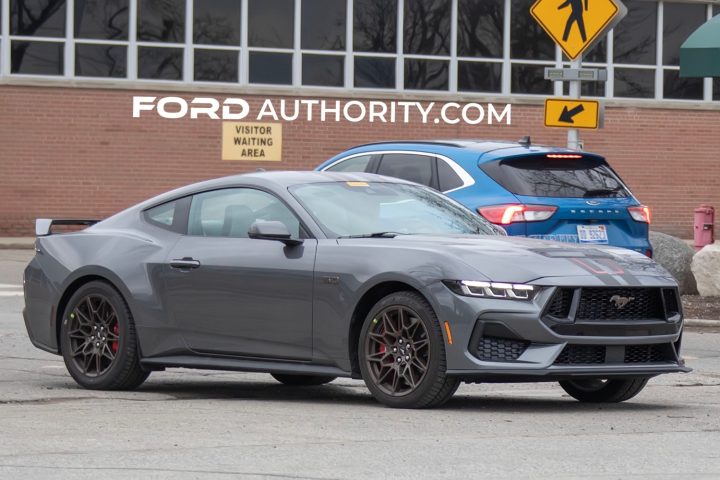 In terms of exterior styling, the S650 looks a lot like the current, S550-gen pony car, but the 2024 Ford Mustang GT and EcoBoost models represent more than a simple refresh, with both sporting distinctive styling that makes each easy to distinguish from the other. The 2024 Ford Mustang GT is equipped with larger, more aggressive grille openings that are engineered to increase airflow, as well as new hood vents and a redesigned front splitter. This particular S650 is also equipped with the Bronze Package, which adds Sinister Bronze alloy wheels with bronze badges and is available on both EcoBoost and GT models, with or without the optional Performance Pack. 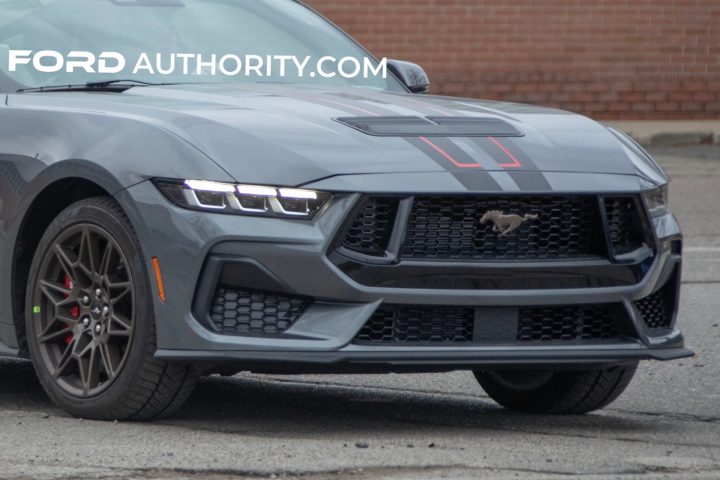 The new pony car is available in 11 different exterior colors, and customers can chose from a variety of new stripe colors and designs – like the ones seen here – with wheel options ranging from 17 inches to 20 inches, and three different brake caliper color choices – Grabber Blue, black, and red. This particular 2024 Ford Mustang GT sports a pair of black stripes spanning the length of the hood to the trunk, with smaller red stripes present in the center, as well as red Brembo brake calipers. 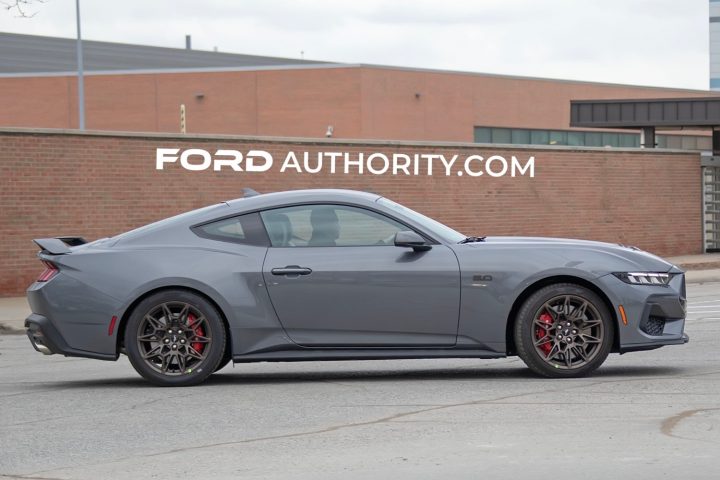 Even bigger changes have taken place inside the cabin, however, where the iconic pony car has been treated to a total makeover complete with a fighter jet-inspired cockpit sporting a flat-bottom steering wheel, a 12.4-inch digital instrument cluster, and a new 13.2-inch infotainment screen running Sync 4. 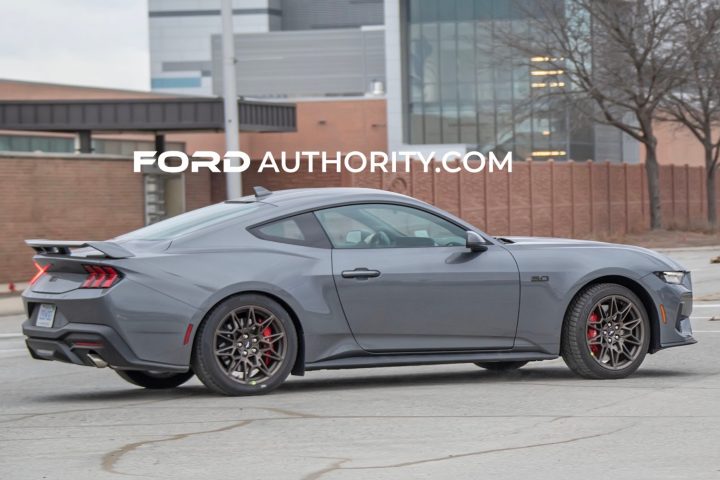 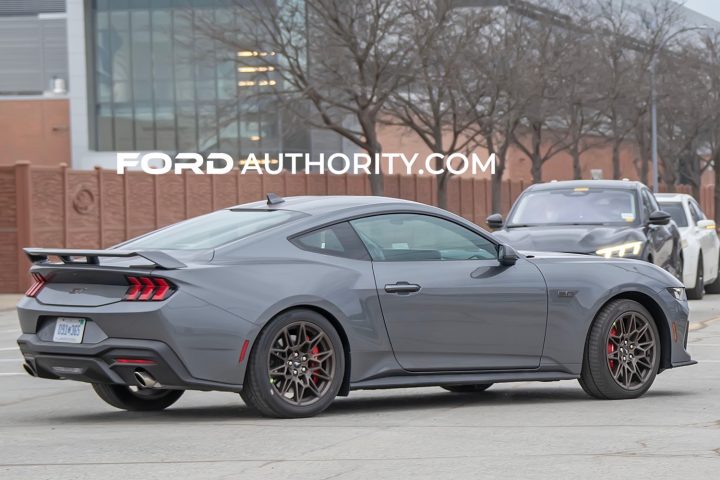 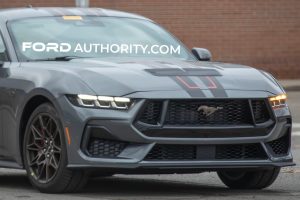 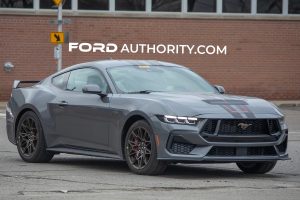 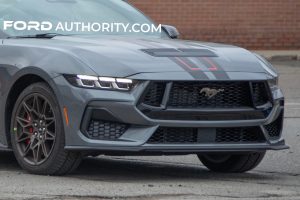 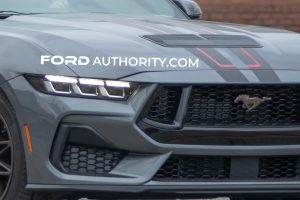 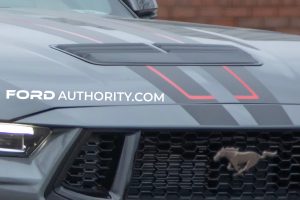 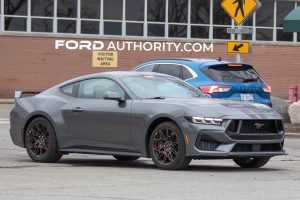 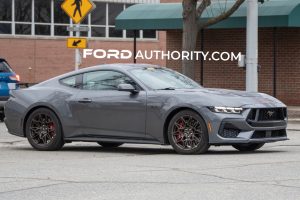 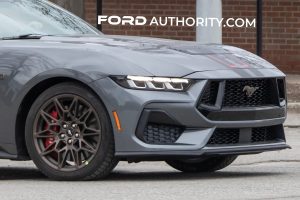 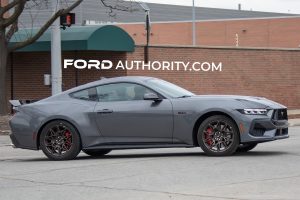 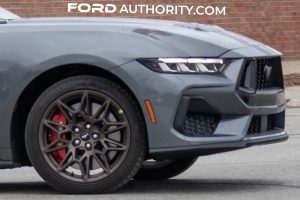 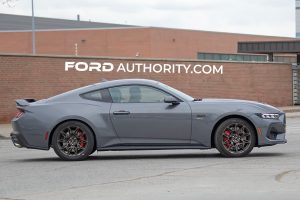 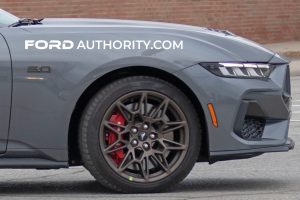 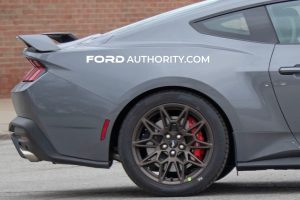 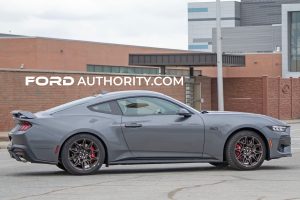 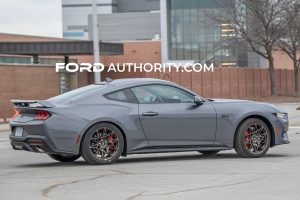 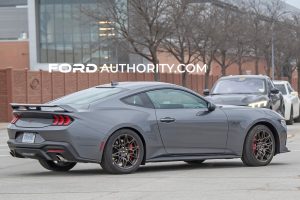