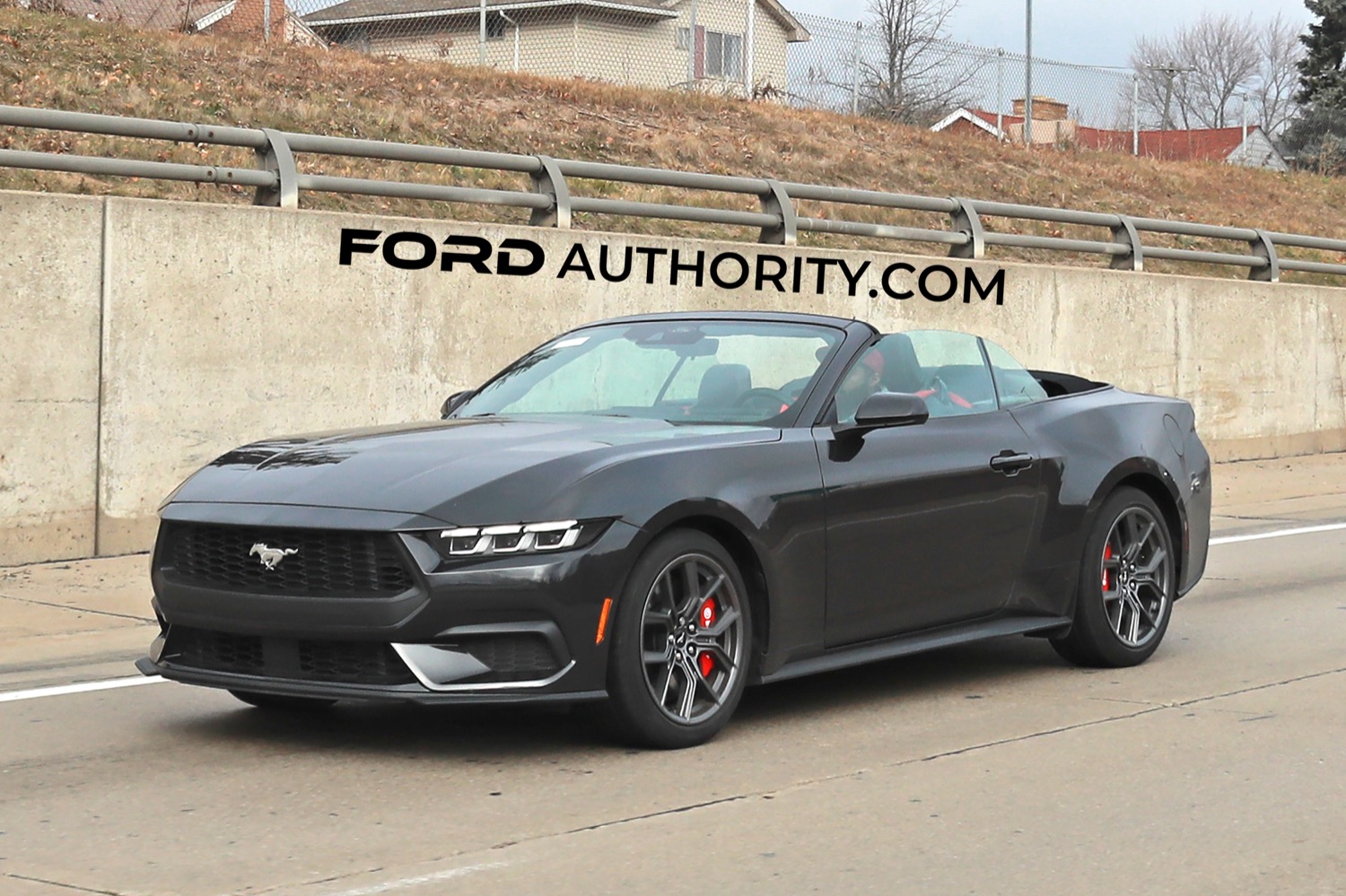 The all-new, S650 2024 Ford Mustang was revealed back in September following years of speculation, rumors, and spied prototypes, wearing new bodywork, with a completely redesigned cabin and revised powertrains. Since then, Ford Authority has spotted quite a few new Mustangs driving around, including a handful of EcoBoost models – a red base coupe, a Vapor Blue convertible, and an Oxford White convertible, to name just a few. However, while we’ve seen the new pony car in GT form with the top down, we had yet to see what the base model looks like with its roof peeled back – until now, at least, because Ford Authority just spotted this Shadow Black 2024 Ford EcoBoost convertible with its soft top in the retracted position. 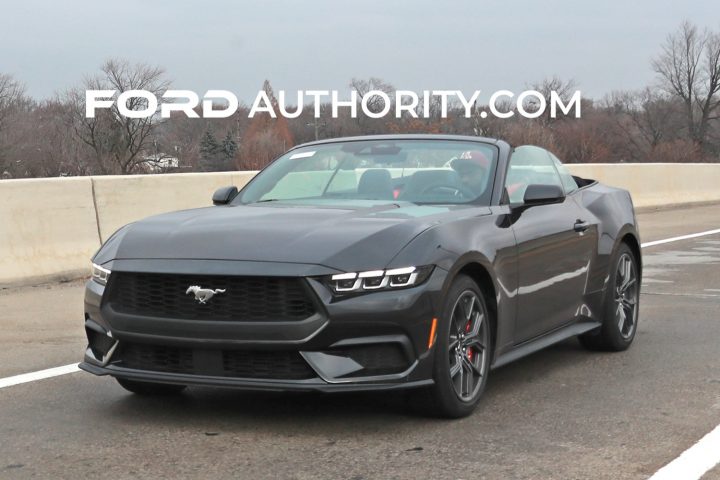 With frigid temps settling in across the country, this isn’t the type of thing one might expect to see while cruising around, but it does give us a nice look at what the 2024 Ford Mustang EcoBoost convertible looks like with its top down – something that wasn’t presented by the press photos released at the S650’s debut. This particular model appears to be an EcoBoost Premium with the optional Brembo brakes, which in this case are painted red. Consumers can also opt for Grabber Blue and black, if they please. 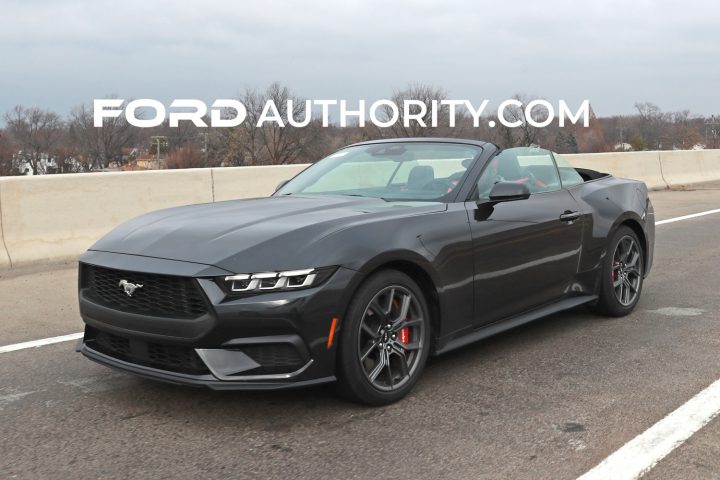 More than a simple refresh, the 2024 Ford Mustang retains its familiar profile while introducing edgier styling for the new model year, along with 11 different exterior colors, new stripe colors and designs, and wheel options ranging in diameter from 17 inches to 20 inches. Inside the cabin, the S650 features a fighter jet-inspired cockpit sporting a flat-bottom steering wheel, a 12.4-inch digital instrument cluster, and a new 13.2-inch infotainment screen running Sync 4. 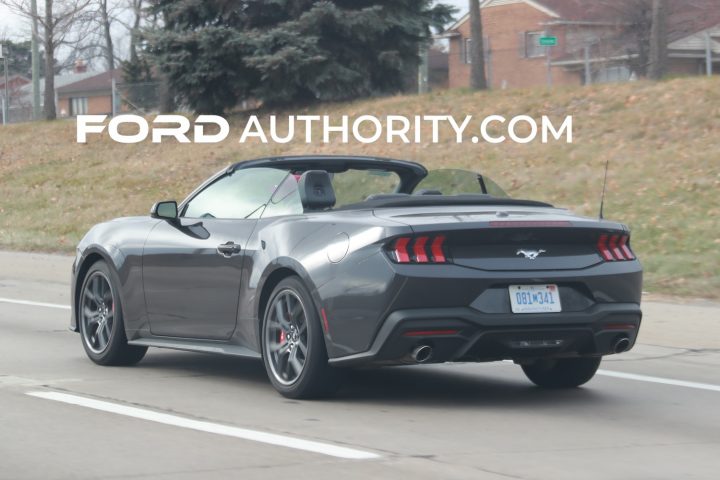 Under the hood, the 2024 Mustang EcoBoost comes equipped with a brand new version of the turbocharged Ford 2.3L I-4 EcoBoost engine, though it isn’t available with a six-speed manual transmission, as that gearbox has been reserved for V8-powered models only. As Ford Authority recently reported, 2024 EcoBoost models are rated to produce 315 horsepower and 350 pound-feet of torque. 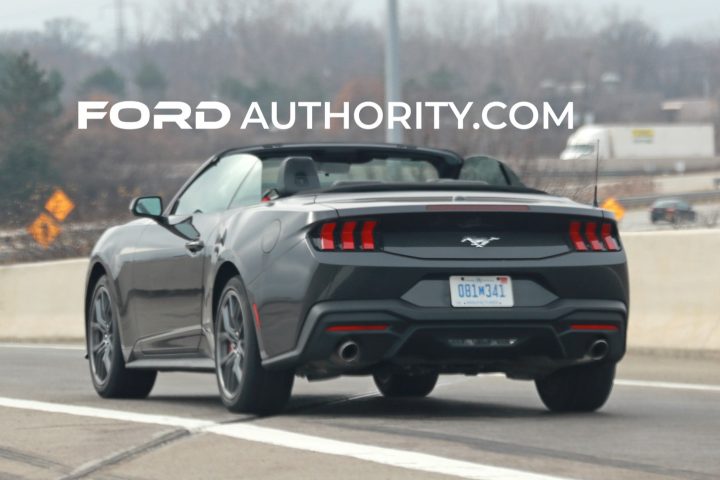 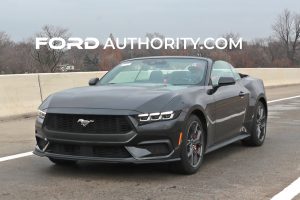 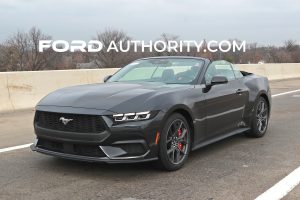 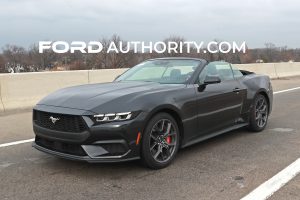 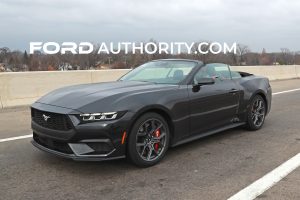 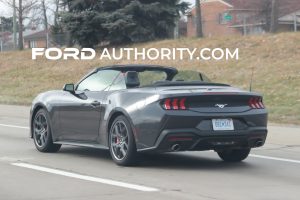 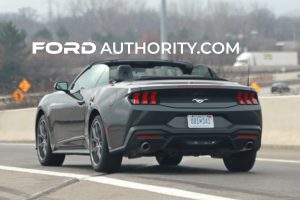