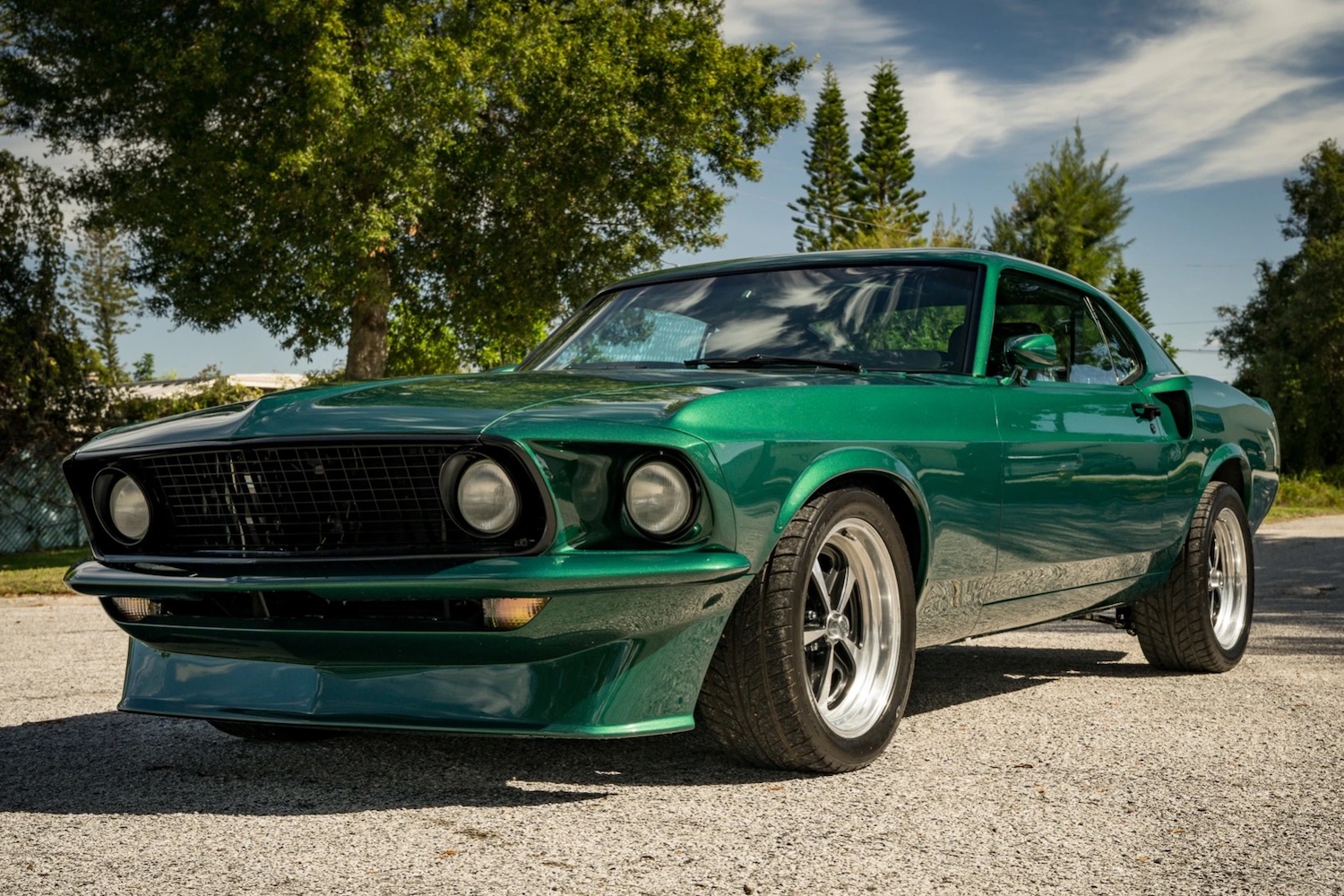 For those looking for a brand new, turnkey powertrain option, Ford currently offers quite a few of them in its own catalog. Among its many compelling crate engine offerings, the naturally-aspirated Ford 5.2L V8 Aluminator is one of the more interesting choices, and as such, it has found its way into all sorts of rides over the years. The latest is this – a gorgeous 1969 Ford Mustang fastback that’s currently up for grabs at Bring a Trailer, which blends the best of old school muscle with a new school powertrain and various other amenities. 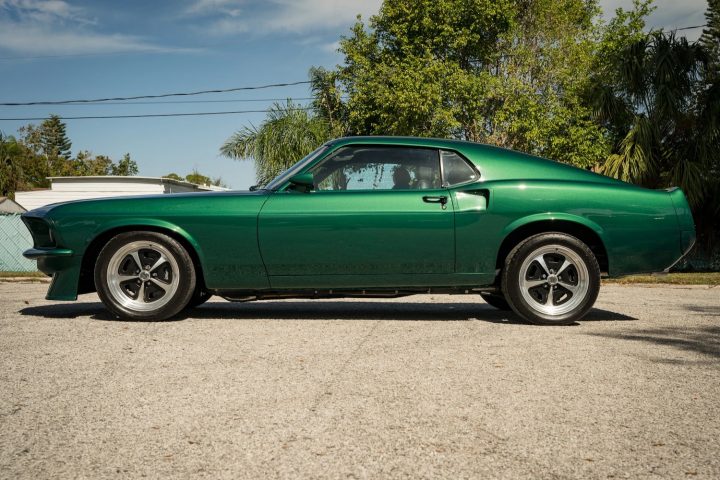 After acquiring this 1969 Ford Mustang back in 2006, the seller proceeded to drive and enjoy it as is – at least until 2015, when they began the process of transforming it into a restomod. On the outside, that treatment becomes obvious thanks to the fresh green paint, which covers a host of replacement body panels, along with smoothed-out bumpers, shaved drip rails and side markers, and custom front valance and rear quarter panel vents. 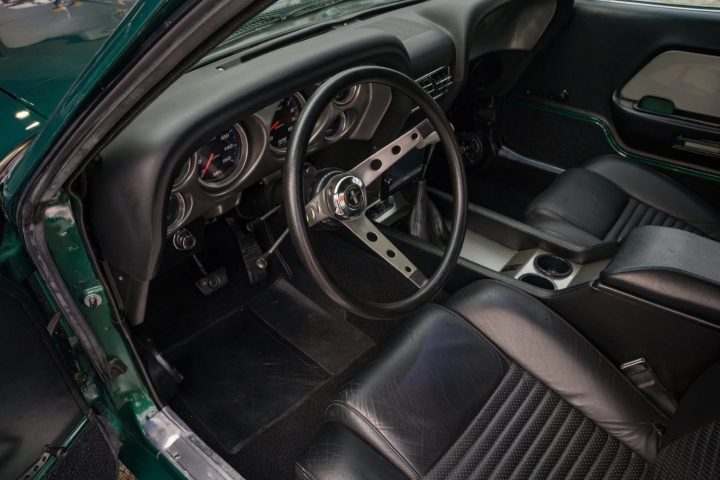 Underneath, the vintage pony car has been treated to some upgrades in the form of an independent MTF front suspension and Heidts four-link rear suspension, coilovers, a March Performance power steering system, and Wilwood four-wheel disc brakes. A set of 17″ American Racing AR500 wheels and with 245/45 Nitto NT555 tires completes the look, while the interior has been refreshed with new threads and a Vintage Air A/C system, AutoMeter Cobalt instrumentation, and a modern stereo system. 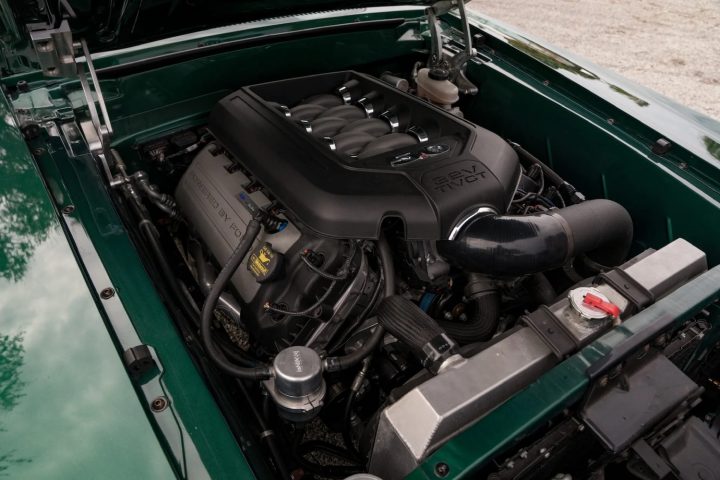 The real star of this show lies under the hood, however, where we find the aforementioned Aluminator V8, which features a custom powder-coated intake, Jet Hot ceramic-coated headers, a MagnaFlow dual exhaust system, and a Mustangs to Fear aluminum radiator with an electric fan. It sends power to the rear wheels via a C4 three-speed automatic transmission and a Currie nine-inch rear end with 3.50 gears. 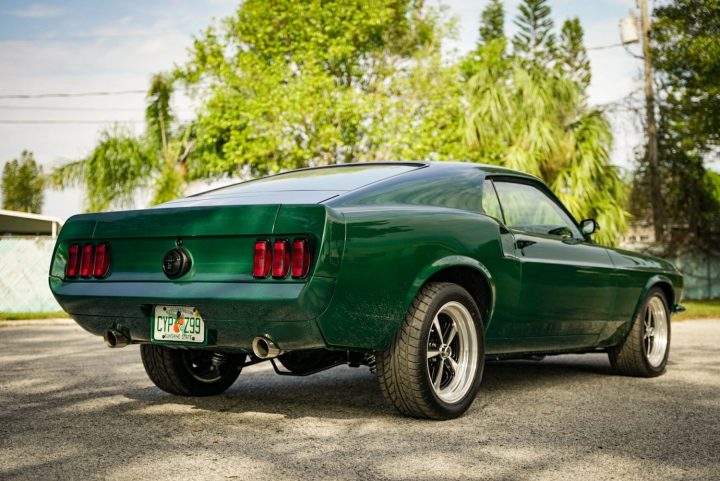 This immaculate, modernized Mustang is understandably attracting significant interest at auction thus far, reaching the $35k mark as of this writing with four days to go. But given its appealing mix of new and old, along with a pretty sweet powerplant, that isn’t really much of a surprise.