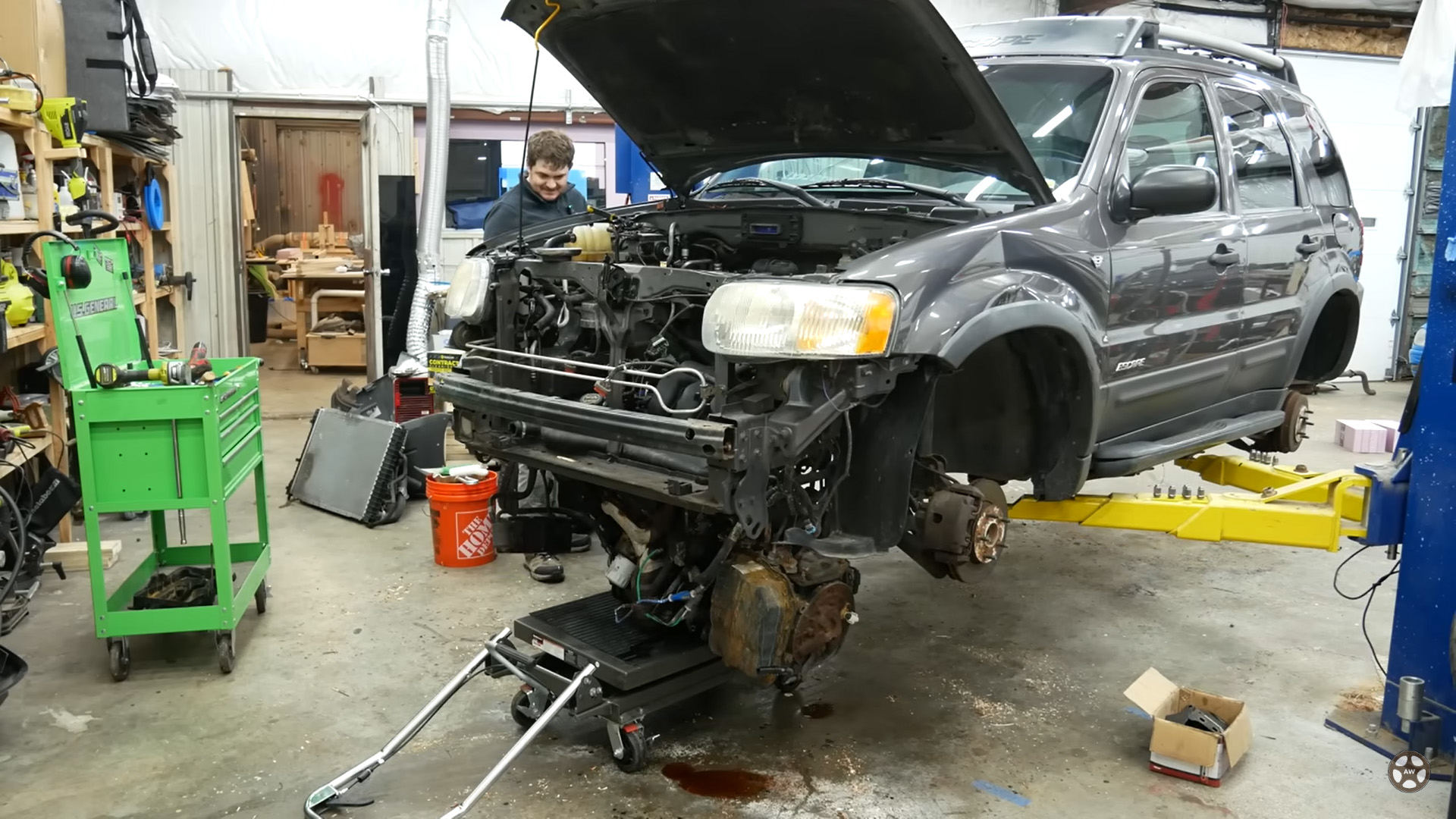 Previously, AEM EV showed off its first-ever Ford Mustang Eluminator swap, changing the pony car to an EV. Now, the company has partnered with YouTube channel Aging Wheels to help build an electric Ford Escape with an end goal of coaxing 900 horsepower from the crossover. Robert, the man behind Aging Wheels, is in the process of building an electric school bus, but found himself in need of a test bed for his EV drivetrain, and picked up an ailing Ford Escape to be his guinea pig. 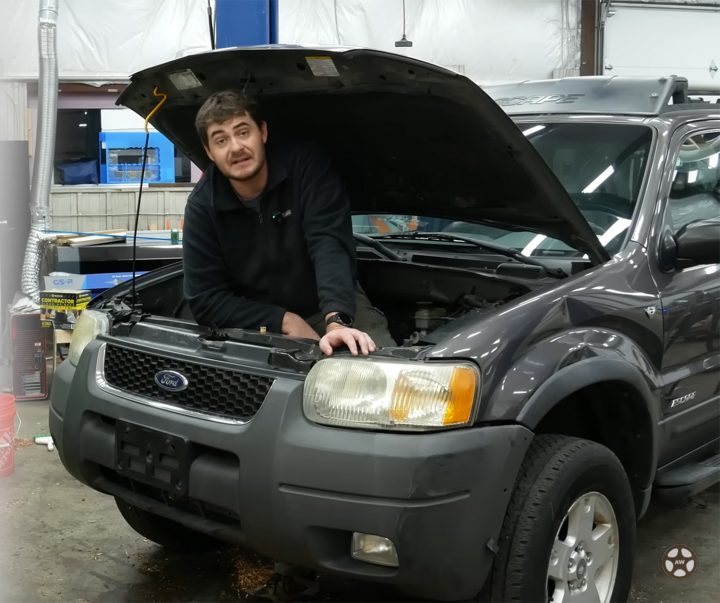 After gutting the Escape, which was suffering from a blown head gasket, Robert prepares the vehicle to house two Tesla Base drive units, one in the front and one in the rear. The rear unit is mounted behind the rear axle, while the front is oriented ahead of the front axle. The Escape’s gas tank was deleted to make space for half of the battery packs, while the others will reside under the vehicle’s hood. However, Robert was only able to acquire one battery pack out of a Chrysler Pacifica plug-in hybrid for the build, which will “only” produce 300 horsepower from his 900 horsepower goal and about 40 miles of range on a single charge. 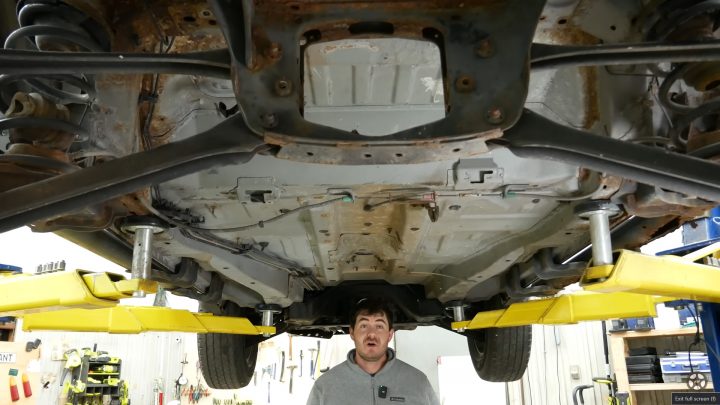 Thankfully, the Escape proves to be a good choice for electric conversion, thanks to the sheer amount of room on its undercarriage. A pair of 3.3 kW chargers work in parallel for charging, and AEM EV provided several parts, such as a VCU 300, or the “brain box” of the vehicle, as Robert puts it, two replacement control boards for each Tesla drive unit, a dash display, a shifter keypad and a couple other components. The company also challenged Robert to have the 900 horsepower electric Ford Escape complete by July of next year so he can show it off at the Holley High Voltage event, but he’s got a long road ahead before the Escape is ready to go.

“I’m doing this because I want to,” Robert says. “It’s as simple as that.”