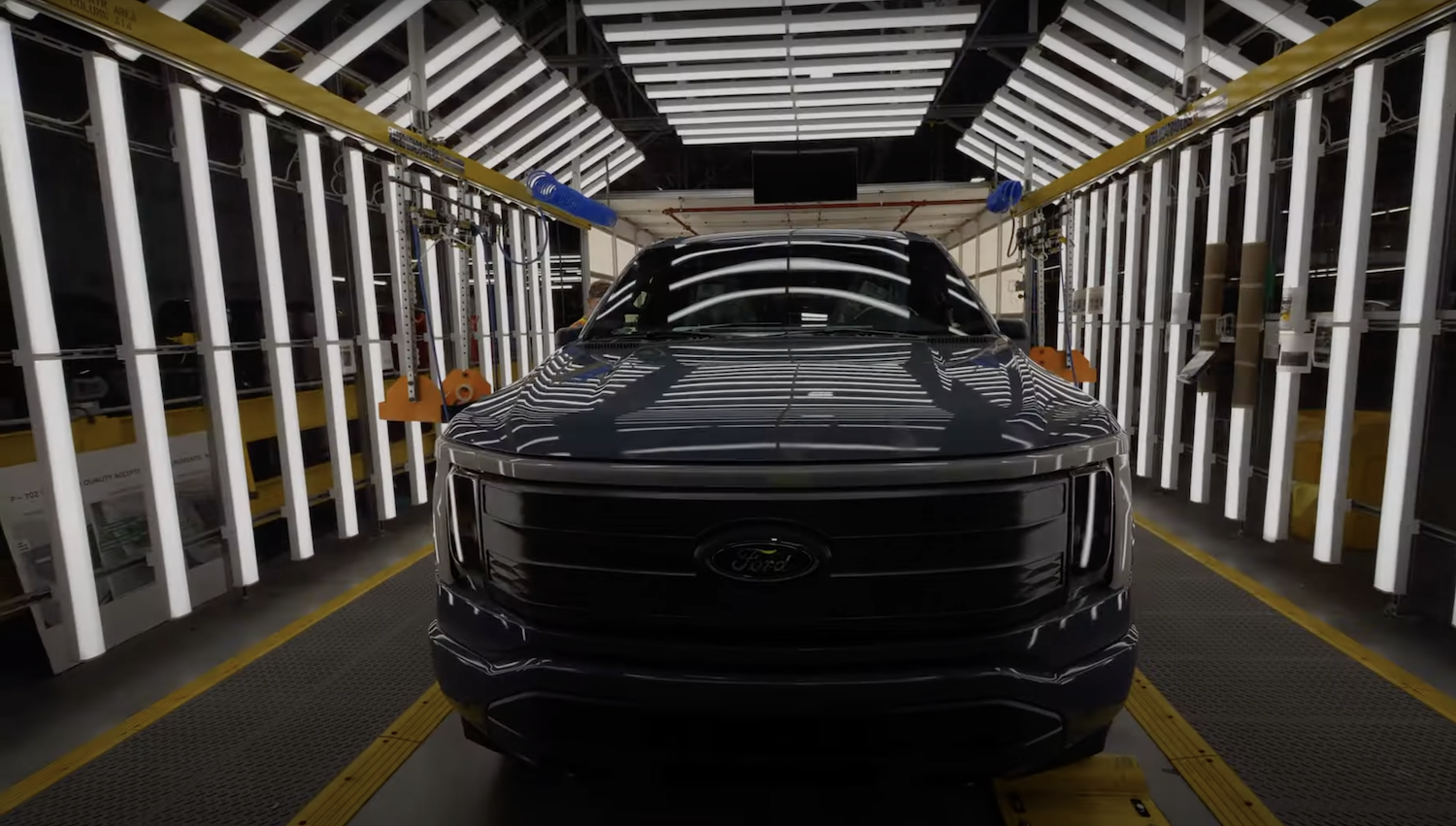 The Ford F-150 Lightning has thus far been a hit, exceeding FoMoCo’s expectations and production capacity – a problem that the automaker is working diligently to overcome by expanding the Rouge Electric Vehicle Center, adding another shift of workers, and filling orders in “waves.” Ford has also given us a glimpse at how the EV pickup is built in the past, a pretty fascinating process that uses autonomous “sleds” to move the vehicles from station to station instead of a traditional assembly line. However, YouTuber Zack Nelson of the Jerry Rig Everything channel recently visited the fairly new Rouge plant and got an even better look at how the Ford F-150 Lightning is assembled. 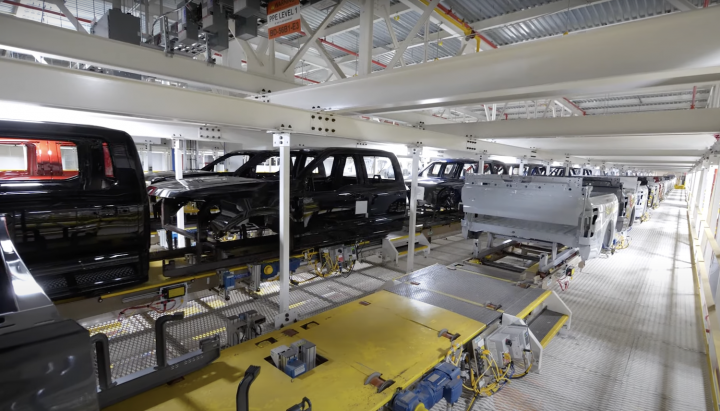 The first step in the process involves bringing painted truck bodies and beds into the facility from the Dearborn Truck plant next door, which happens via an assembly line located in the roof. From there, the autonomous sleds move the body parts around the plant from station to station, using magnets embedded in the floor to guide them. 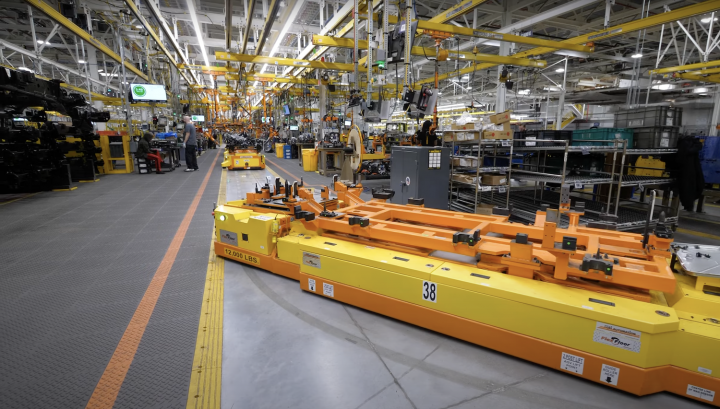 Piece by piece, we can see the Ford F-150 Lightning coming together, whether it be the panoramic roof or dashboard – the latter of which goes in the truck in one single piece. Even installing the windshield is its own special process that requires multiple steps, robots, and of course, a helping human hand to apply the Blue Oval sticker.

Once those pieces are assembled, the cab and bed can be mated together on the chassis, which has already had its suspension components, electric motors, and battery pack installed. One of the cooler steps in this entire process, however, is that two robots photograph every connection on the chassis to ensure that everything is plumbed correctly. Overall, it’s certainly a high-tech assembly process, one that’s befitting of a high-tech pickup.

Ford Europe Job Cuts To Be Fully Outlined In February